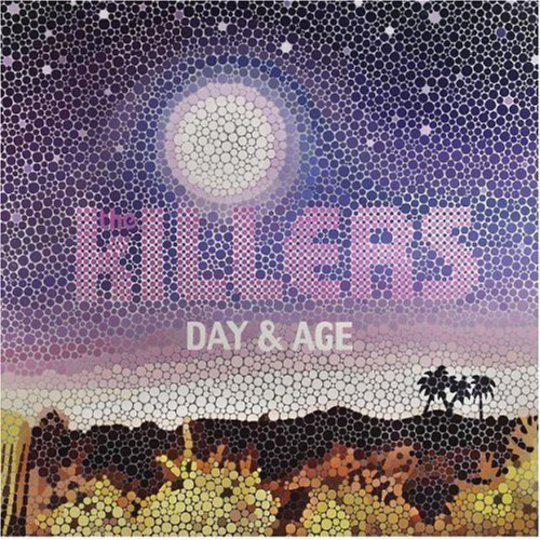 Though it was never exactly a scene, there was certainly a kind of indie class of '03/'04, a bunch of relatively unassuming bands whose debut albums sold by the truckload, unexpectedly catapulting them into the big time with almost uniformly excruciating results. You know who I’m talking about: there’s Razorlight, kind of like the insouciant rebels who went on to become accountants; Kaiser Chiefs, the class clowns who learned the hard way that they were only popular so long as they were funny; and Keane, the big-faced shy boys who just wanted the cool kids to be nice to them, and – sadly - still do. And finally there’s The Killers, the popular Americans who finished school in the UK, bade a fond farewell to their classmates, and eagerly headed off to see folks back home. Except... it’s just wasn’t quite so much fun. Cow-tipping now seemed kinda cruel, the portions in Denny’s were way too big, and the radio stations were just awful... what to do, what to do?

Laboured analogies aside, the long and short of it is that having become global superstars with the anglophile strains of Hot Fuss, The Killers reinvented themselves as a sort of comedy Springsteen tribute act with the monumentally silly Sam’s Town. Clearly wounded when their mother country stared at them in utter bewilderment, there’s a received wisdom that Day & Age is the Vegas quartet’s attempt to do a Hot Fuss II. That’s not really the case – with Stuart Price twiddling the knobs, it's more electro-pop than indie disco, and most certainly bears very little resemblance to Shed Seven.

Opener ‘Losing Touch’ sets the tone – it may well have the least bombastic chorus Flowers and co have ever written, a relaxed, starry-eyed exhalation of “I ain't in no hurry, you just run and tell my friends I’m losing touch” over a pretty, misty electronic tinkle. Okay, this is The Killers, so towards the end some power chords stumble in like a gang of belching drunks, whle the lyrics hold some guff about “a Roman vagabond”, but for the most part this is very nice indeed, Flowers’ tender, agile vocal cradled in deft, unobtrusive brass. ‘Human’s lyrics we know about already and are best not discussed, but as a lead single its stripped, unassuming disco-pop is as much a statement of intent as the sledgehammer ‘When You Were Young’, while the urge to roll your eyes is only half as strong. Next is the jaunty, mid-period New Orderish ‘Spaceman’, and dammit, this album is sounding remarkably good, Flowers turning in another expressive, enjoyable performance for a song that’s middleweight in the best possible way, no booming bombast or major key detonations, but enough musical meat to stand up to a few repeat listens.

Then comes ‘Joy Ride’. It sounds like Duran Duran covering ‘Rock The Casbah’ and has an 80s-style sax solo that’ll make you want to hurt yourself and others. It serves as a fairly stark reminder that The Killers’ way with a tune wages constant war with their appalling lack of taste, a battle that continues over the remaining six tracks. ‘The World We Live In’ counters an alarming attempt at good vibes with a compelling, mantric synth squiggle, while ‘Neon Tiger’ is great if you do anything other than listen to the words. But mostly they don’t deviate from breezy synth pop; it’s only on the concluding ‘Goodnight, Travel Well’ that the band have one last stab at sounding like they have something meaningful to say, and naturally they screw it up laughably as ever.

Okay, it’s difficult to be bowled over by the fact that The Killers have essentially crafted an enjoyable but fairly throwaway pop record. But alone out of that class – Razorlight, Kaisers, Keane – The Killers are the only ones who’ve managed to toss out a simple, fun album this year, and that’s got to count for something; at the least there’s an enjoyable irony to the fact it held Guns ‘N Roses’ overblown new opus from the top of the charts.