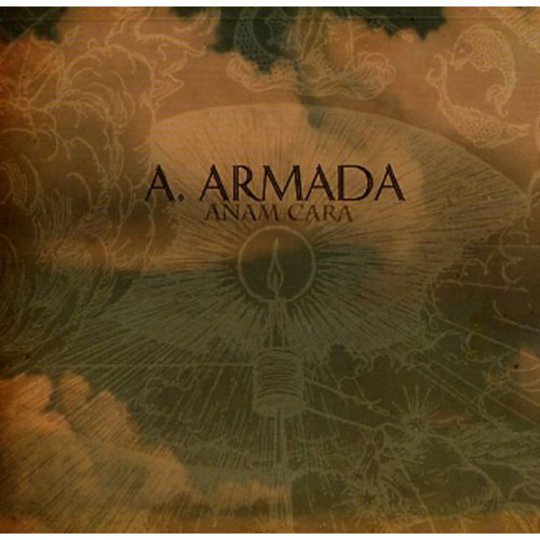 So there was this band, who played a few times with my mates’ band, some years back – the shows were like the Best Mixtape in the World Ever, with post-punk on one side, and post-rock on the other. Mostly, they sounded just like Explosions in the Sky (funny that), Unforgettable Fire-era U2, or Sigur Ros – so much so, they had a three-movement set-closer called ‘Funeral Song’ that was pretty much a cover of (traditional Icelandic hymn) ‘Danarfregnir og Jartharfarir’ from the ‘Ny Battery’ EP.

A. Armada remind me of The Exploits of Elaine in the sense that I’d be ecstatic about them coming from my hometown, if they did, and having CD-R versions of their releases, bought from a collapsible table at the back of the venue with ears still ringing… but I’d still acknowledge wistfully that they don’t have any USP (*) just yet. A more serious problem for this (cynically named?) Athens GA-based band is that they sound like absolutely NO-ONE other than Austin TX’s loudest sons. Not a trace of any other influence, to the extent that - just like EITS - their song titles are precious little imagist poems, which either sound like not-quite-there pastiche (i.e. Track 5: ‘If You Only Knew What the Lost Soldiers Did to Me’ – why “lost”?) or asking-for-it parody of the titles on horrors-of-war concept album Those who tell the truth shall live forever / Those who tell the truth shall die (e.g. Track 3: ‘The Moon Shifts the Sea, the Sea Shapes the Shore, the Shore Shakes the Sand, the Sand Sinks the Ship’).

Okay, there are minute deviations in the music. Three minutes into Track 2, the rat-a-tat-tat drums go all rocking and 4/4, just before the Chorus + Delay guitars go all noodley. Some shred-guitarisms might have been an avenue worth pursuing if A. Armada had their own resident Marnie Stern, but this isn’t even good noodling, and doesn’t last long. Elsewhere, A. Armada encounter EITS’ own problem – too tight a formula – and try to escape it with unpredictable structures, only to randomize the same old components at the expense of the tracks’ implicit narratives. Plus, if a regular indie-rock band like Wintersleep can effortlessly “go-all-EITS” for the climax of their album, why can’t A. Armada find a way of pushing the EITS-formula to an equivalent eleven for their own closer?

Et enfin, Anam Cara lacks the same thing as all those mid-period Mogwai albums that divide the fans, or the last EITS album: they all lack surprising counter-melodies (especially on the bass or synth) that pull your mental focus this way and that, so that you’re hypnotized, taken away from the world in front of you. No such luck, here. Still, this sounds uncannily like Those who tell the truth (2000) and All of a sudden I miss everyone (2007), and if you want more of the same – with no surprises whatsoever – you won’t be at all disappointed.