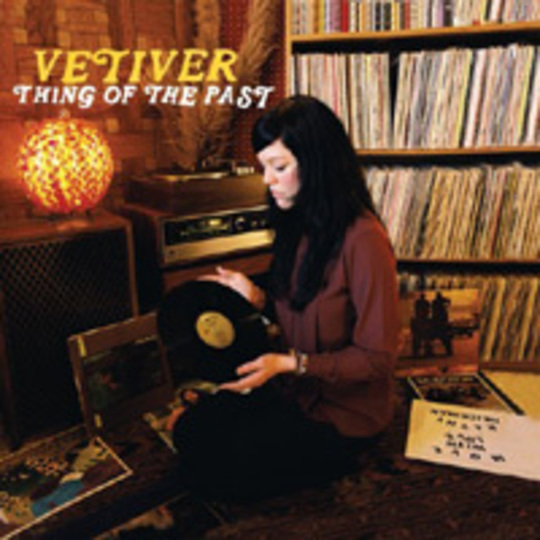 Right, let's get one thing straight. The concept of one artist covering another's song and 'making it their own' did not begin and end with post-millennium reality television shows. The Beatles did it, so did the Stones, Jimi Hendrix, the Sex Pistols too, and more recently people like Oasis and the Manic Street Preachers. Despite what muso purists might tell you, it isn't a crime; quite the opposite in fact, if its done properly, of course...

So what have alt country-cum-folky-drone rockers Vetiver gone and done? Only recorded a whole album of the bleeding things, that's what. But before you start donning a pair of dungarees, digging out that battered map of London's most visited underground tube stations and learning the middle-eight to 'Here Comes The Sun', let's examine the evidence.

For a band who've previously been accused of wearing their influences on their sleeves, not to mention the even wilder assertions that they're merely hanging onto associate and collaborator Devendra Banhart's coat tails, Thing Of The Past is Vetiver's way of setting the record straight. Sure, the band developed ideas from numerous sources during its embryonic stages, but I'll bet no-one could have predicted a collection so diverse and spellbindingly obscure as this.

Although mainly featuring the five core members led by erstwhile singer/guitarist/knob twiddler-and-anything-else-that-springs-to-mind Andy Cabic, the collaborators throughout the twelve tracks carefully assembled here reads like a who's who of the American underground folk scene and beyond. Whether it be the steel pedal guitar sounds of 'Farmer' Dave Scher, sarod twang of Ben Kunin or distinctive ghostly wail of the legendary Vashti Bunyan, Thing Of The Past, for the most part at any rate, is actually quite a thing of understated beauty.

So on to the bit you're all dying to know about (and have probably already skipped to) - who the hell have Vetiver covered? Well for starters, all of the songs here were originally recorded between 1967 and 1973, and aside from the odd exception, were penned and recorded by artists who remained pretty much in the closet, as it were, to this day.

While their take on Norman Greenbaum's (better known for the original 'Spirit In The Sky') 'Hooks And Ladders' adopts a New York anti-folk presence, the piano-led run-through of one-time Lou Reed afficionado Garland Jeffreys' 'Lon Chaney' is simply stunning in its execution. Likewise the slightly stoned Anton Newcombe-meets-George Harrison stroll of 'Houses', a song initially recorded in 1968 by Elyse Weinberg.

Elsewhere, former Fairport Convention troubador Ian Matthews' 'Road To Ronderlin' sees Vetiver cross epic descriptive lyrical observations with the most minimal folk accompaniment, while their haunting ride - harmonicas and all - through Hawkwind's 'Hurry On Sundown' is as mesmerisingly awkward as the original's swish psychedelic frippery.

While occasionally straying into redneck country territory (Loudon Wainwright III's 'Swimming Song' and Towns Van Zandt's 'Standin' being two that spring to mind) that would probably have been best left in some shack in Alabama, Thing Of The Past is a comprehensive collection that dispels any previous notions that its creators are mere one-trick ponies, and as for that other bloke, Devendra what's his name?, Vetiver's identity crisis is surely a Thing Of The Past.

Waited Up 'Til It Was Light