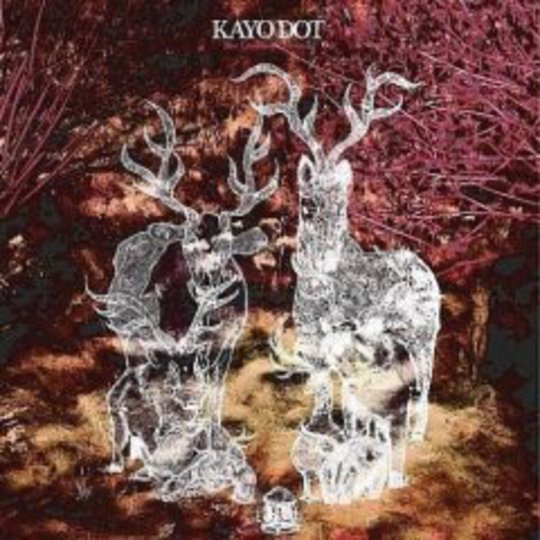 Within the sea of adjectives and superlatives surrounding most bands, there’s something refreshing in the fact that Kayo Dot’s online bio says nothing more than “Kayo Dot is an experimental rock/modern composition ensemble currently based in New York City”. It’s simple, it’s direct and within the space of the words “experimental rock/modern composition” you instantly have a footing from which to grasp their latest LP, Blue Lambency Downward, while still allowing the band room to pursue a seemingly bottomless well of musical tangents that often defy expectation.

For an initial impression it’s a good place to start, but any attempts to lump Kayo Dot in with some of the more fashionable acts peddling experimental music at the moment would be a mistake. The ethereal guitar chords and chant-like vocals on opener ‘Blue Lambency Downward’ are far more indebted to vintage Italian horror soundtracks and the prog-rock of King Crimson than anything put out by the current Brooklynite noise brigade.

Follower ‘Clelia Walking’ _only underlines this point with a haunting swell of crashing guitars and tonal shifts that don’t just avoid any sense of pop structure, they completely destroy it. Frontman Toby Driver even goes so far as declaring “I don’t want to be a melody, I prefer the choking sound…”_.

Faced with all this, it’s little wonder that John Zorn was compelled to put the band’s 2003 debut out on his own Tzadik records. Kayo Dot are likeminded souls firmly rooted within the avant-garde and what they create on_ Blue Lambency Downward is a thick tapestry of interwoven sounds, melodies and themes that culminate in closer _‘Symmetrical Arizona’. A Morricone-style piece that unfolds over the span of ten minutes with a selection of woodwinds slowly morphing into guitars, the song comes together in a cinematic string-filled chorus that echoes some of the atmospheric strokes found on Jean Claude Vanniers’ classic L’Enfant Assassin Des Mouches.

All told, this is music that unapologetically demands your attention, refusing to give way to any modern conventions or preconceived notions of accessibility. So while _Blue Lambency Downward _may not be punk in body, it’s certainly filled with that same defiant spirit. Amen to that.