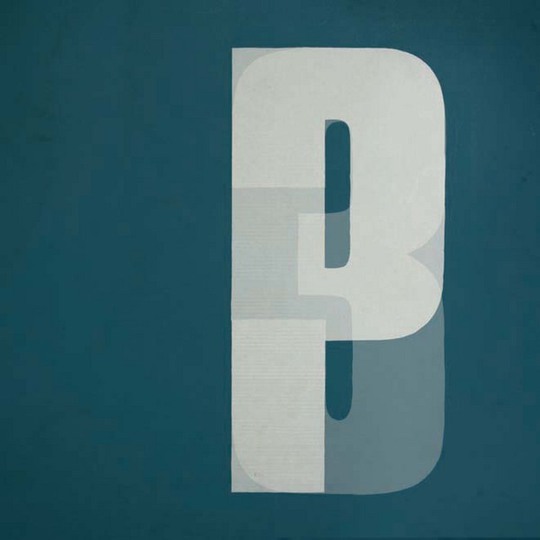 Can it really take eleven years to make a record? Of course not; and if anyone thinks even for a single moment that all Geoff Barrow, Adrian Utley and Beth Gibbons have been doing since 1997 is laying overdubs and writing lyrics for this record then their grasp on reality is tenuous at best. (Read our recent interview - Ed.)

The flipside of that question is, of course, is any record worth waiting over a decade for? The answer is as before; there have been more than enough great records released in the last eleven years to prevent even the most diehard Portishead fans from growing bored. The odd band demonstrating lackadaisical tardiness in their release schedule is hardly a tragedy.

And of course Portishead aren’t alone in taking their time; three other decade-plus gaps between albums stick out in recent years – Bark Psychosis, Scott Walker and Kate Bush, each one coming back after everyone had forgotten they existed, and delivering material of the highest quality. Not to mention the countless other artists with shorter, but still pretty long, holes in their work ethic; Les Savy Fav and The Breeders each took six years to produce their latest offerings. Long waits aren’t uncommon now. Hell, Mission of Burma exist. Maybe one day Fugazi will again.

Which is to say that it ought not be a big deal that Portishead have taken a while to come up with Third. Lest we forget; Beth Gibbons made a wondrous solo album in collaboration with Talk Talk’s Paul Gibbs (and Adrian Utley) only, oh, five years ago. What ought to be a big deal is that Third doesn’t so much mollify, exceed or fail expectations as nullify and obliterate them; this record is not the kind of thing that just-blooded young lawyers would leave on the coffee table, unless they also left a severed-head beneath it.

Several individual songs drift by almost unnoticed at first, contributing little more than a sense of unease to the collective memory of the album; an impression of oppression. Those numbers that do stand out, though, drag the record close to magnificence; ‘Silence’, just by dint of being first and taking so long to be recognisably by the same band as ‘Glory Box’ (a familiarity only made explicit when Gibbons starts singing, over two minutes in), is awesome, propelled by a drum-loop that would drive Sisyphus to despair, and dots of Morse-code-ish guitar that offer no message of hope.

In 2002, rumours abounded that Portishead’s third record would be called Alien. They were wrong, but not without truth; much of Third sounds like the soundtrack to a genuinely chilling sci-fi horror film. It’s not an accident that the fascistic, ossified and mechanical rhythm of ‘Machine Gun’ finds itself transformed and consumed by crazed Terminator /_ Blade Runner_ / Vangelis synthesisers.

The sound throughout is muffled and dark, cinematic still, but differently. ‘The Rip’ swells electronically just over two minutes in and suddenly becomes magnificently repetitive. The oddly falling in-and-out of earshot shuffles that open ‘Plastic’ are perhaps the closest thing here to trip-hop, only the crackling, noir-ish strings one might expect of Portishead are replaced by shuddering, unsettling electronic echoes.

‘We Carry On’ is Third’s highlight, a monolith at its centre that is stomped into submission by a serial-killer drum pulse, and which climaxes in an intensifying storm of gothic guitars, before ‘Deep Water’ offers brief, disquieting acoustic relief. Every speck of dusty spittle on Beth Gibbons’ lips is apparent in ‘Small’, the opening minimal pain, the mid-section and finale run through with weird bass ululations, fucked-up cello, scraping guitar and dissident synth. Huge piano chords, tick-tocking cowbell percussion, and squalling, corrupted brass characterise ‘Magic Doors’ while the doom-laden drum rolls and cancerous, radioactive bleeding edges of ‘Threads’ close the album in a clamour of nuclear alarms.

Third is not a pleasant experience. Even Mezzanine and Maxinquaye, perhaps the only other two records to have come from Bristol’s stable that come close to this in terms of foreboding aura, seem like twinkly children’s albums by comparison. Both ancient and futuristic, a mildewed signal from a more advanced culture that failed to survive the ice age, Third doesn’t make you pay attention to its desolate contours, but rather stare out of the window, creeping panic causing your mind to dart in a million dark directions at once. This is not a nice record. It is music without a time, a place or a context. Inertia, solitude, suffocation. Third isn’t so much mourning, as dead.

We Have You Surrounded