Stars And The Sea 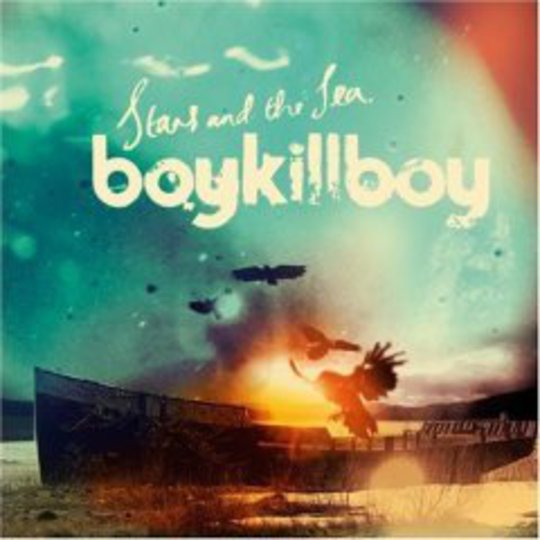 "Damned if you do, damned if I don't" sings Chris Peck on the closing 'Two Souls', and that eight-word couplet just about sums up Boy Kill Boy.

Their brief dalliance with fame came off the back of the mid-noughties resurgence of Britpop, but only the real movers and shakers have since remained in the spotlight, leading the coattail clingers and bandwagon jumpers either back to the drawing board or on a one-way trip to oblivion. Or, in some cases, both.

For Boy Kill Boy, Stars And The Sea really is their make or break record. Debut album Civilian may have sold well initially, but critical indifference and a lack of quality material at the time seemed to relegate the band to also-ran status before they'd even had chance to check the spikes on their running shoes, let alone leave the starting blocks. Their legacy is not so much forgotten, then, but was never really signed or sealed in the first place.

So, with their record contract undoubtedly hanging in the balance, Mercury packed them off to LA in the capable hands of celebrated producer Dave Sardy and, to be fair, he hasn't done a bad job with Stars And The Sea.

Although lacking a killer single like 'Suzie' or 'Civil Sin' - the album's leading singles 'No Conversation' and 'Promises' are arguably among the weakest tracks here, so nil points for whoever chose to unleash these on an already disparaging public - Stars And The Sea actually works better as an album than its predecessor. Where Civilian was obviously thrown together to cash in on the band's minimal success, this has a structure and flow that at least works in the context of what it’s supposed to. Granted, there are a few moments where the skip button comes in handy, but these are few and far between in comparison to their debut.

The biggest criticism with Stars And The Sea is that at least a third of the songs on it are almost instantly forgettable within 30 seconds of fading out, and at times you'd be hard-pushed trying to convince anyone why they should purchase a record such as this over any number of artists genuinely trying to push themselves over and beyond their personal creative boundaries.

Its saving grace however, is the fact that Boy Kill Boy do know how to knock out the odd incessant tune from time to time, and in 'Ready To Go', 'Be Somebody' and 'Pen And Ink' they've spent their time away from the limelight constructively, so much so that these three perky gems rank up there as possibly their best works to date.

Whether that will save them from the almost inevitable contractual cull is debatable, but at least that legacy may contain more than just one top twenty placing, several question marks and half a side of A4's worth of blank space.

Some Racing, Some Stopping