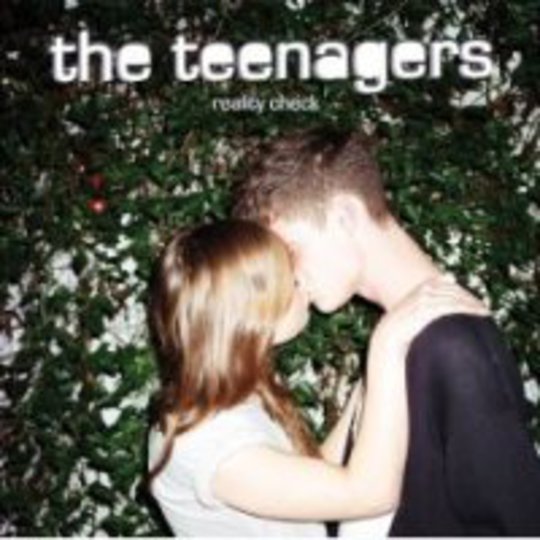 Fuck Serge Gainsbourg. Plagued with moronic gurns plastered to their faces, these oiks reek of the smug idiocy behind the post-modern pop culture conundrums that the nineties barfed up on its Global Hypercolour tee, as most still try to wrap their minds round the programming of a decade dumbed down.

Eurotrash encapsulated this and still leaves me in a quandary as to whether it was actually any cop, as Antoine de Caunes showcased the latest in continental trans-gender pop catastrophes. Tongue was locked firmly in cheek but retained enough of the sensibility of Viz to keep the karaoke masses chortling at Lolo Ferrari’s grossly inflated tits and ridiculous foreign tongues wrapped round the English language.

Preying on that same shtick of innocently enunciated cum-sodden innuendos, Parisian trio The Teenagers offer sniping narratives on teenage romance and provide the same baffling proposition, backed by what is little more than a brand of Backstreet Boys bile channelled through the usual mêlée of Euro-pop and a gentle gust of croissant-table dance connoisseurs, M83 and Air.

If ever there was a marking of territory with a putrid turd, ‘Homecoming’ is it. It’s fantastic, with the brattish pronounciation of “slut” as if it had eight syllables and a brilliant snatching parody of hedonistic youth culture as Quentin Delafon mouths off that “On day one I met her step-daughter. She was a virgin, a cheerleader and she was really tanned”, before launching into its tact-lacking chorus and closing with the female of Delafon’s attentions shouting back “…and don’t forget to send me a friend request” having just laid legs agape.

But from there Reality Check seems nothing more than that same joke peddled another eleven times, lagging all but immediately as ‘Love No’ struts in all cocksure but, like a batch of Gordon Raphael-produced 8-bit Kleenex capers, leaves the sense of having just walked in on some kid jerking off whilst Road Rash sits left on pause.

The biggest disservice you could pay The Teenagers (all in their mid-twenties) is fail to appreciate they’re not in on the act. But as the record drags on the cynicism fades and the trio find comfort on their pop-pervert mantle, the pithy one-liners weaken and they seem to find comfort in the fact that ‘Wheel of Fortune’ and ‘Make It Happen’ sound nothing more than drab backing tracks to moments of poignant dancefloor contemplation on teen flicks.

Rather than this being a catastrophic album, it’s more I can’t imagine anyone buying it not being an utter cunt. If you’ve got the savvy to work out how some of Reality Check is actually occasionally brilliant, then you should also be able to figure out it’s also absolute shit. That’s without even picking out the elephant in the room of the questionable sexism to it all.

If these pestering sex gannets’ debut serves one purpose, it’s to underline that Eurotrash really was cack.