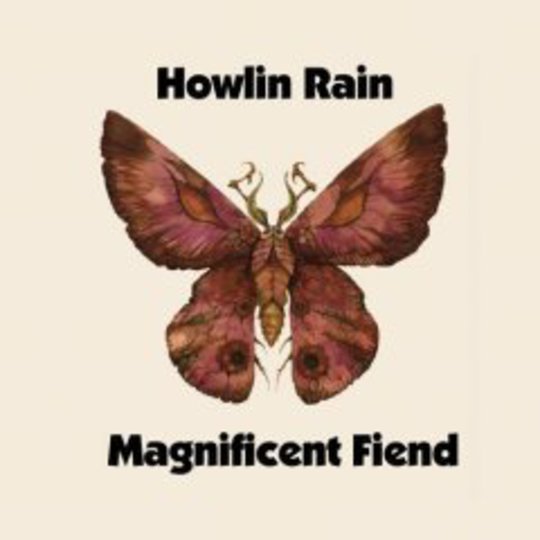 In an alternate universe Comets On Fire made the covers of the weekly music papers and lynchpin guitarist and wailer Ethan Miller was feted as a guitar-hero poster boy. The five-piece straddled the mid to late Noughties with their blasting free-rock skronk, and witnessing them at full pelt was an astonishing experience, physically as well as aurally, an intense musical sucker punch to the solar plexus. But just as the hoary old monthlies and the music biz at large caught up, so the band amicably imploded under their own sonic weight and magnificence. Our loss.

But so to Howin' Rain, the brainchild of Miller in his Comets down time. Their eponymous debut surfaced in 2006 on culty West Coast imprint Birdman and boasted such wyrd-Amerika luminaries as Sunburned Hand of the Man supremo John Maloney on drums. In the interim Miller has secured the patronage of American Recordings A&R behemoth Rick Rubin, added a Hammond organ to the mix and a more stable line-up has coalesced around the bearded boy wonder. If the debut promised much then sophomore effort _Magnificent Fiend _has (almost) delivered on the expectations.

Whereas Comets On Fire re-arranged standard rock song structures and seemingly attacked the essence of what makes a great rock tune (that part where it spins out in a musical world of its own making), Howlin’ Rain step back a little and re-address what gets you off in the first place. We’re in a safer place, but ultimately it’s no less rewarding.

‘Requiem’ opens the album with a blast of cinematic brass from new member Joel Robinow, reminiscent of Bernard Herrmann’s seminal_ Taxi Driver score. It’s bright lights and big city time. But this is a red herring as we’re launched headlong into tracks like ‘Calling Lightning Pt 2’, which batters away at a tight Allman Brothers like riff, spilling out all over the shop with a burning righteousness. Comets’ deep space rock excursions are partly re-visited on ‘Dancers At The End Of Time_’, which finds the aforementioned Robinow’s Hammond duelling with Miller over a Stax-alike soul stomp. With a three-guitar attack we’re dispensing with the pleasantries here. This is raging full on!

Reservations creep in a tad on tracks like ‘Lord Have Mercy’, where rock’s language of loss, guilt and redemption sneaks in and it all goes a little…. Primal Scream, when they’re bothering to ape their displaced Southern boogie heroes. If this was a Black Crowes track I’d doff my hat: “Okay, cool, cheers guys”. But this is a minor quibble and, frankly, even this track redeems itself with a marching gospel coda and a shredding Miller solo that takes it all home in style.

So there is a lot to love within this album. Its knowing winks to rock’s early ‘70s excesses and sage-like nods to the soulful marriage of rock and rhythm and blues exemplified by Sly and Curtis mean that we’re comforted rather than challenged. But hey, that’s okay man!

Look for an interview with Ethan Miller on DiS next week