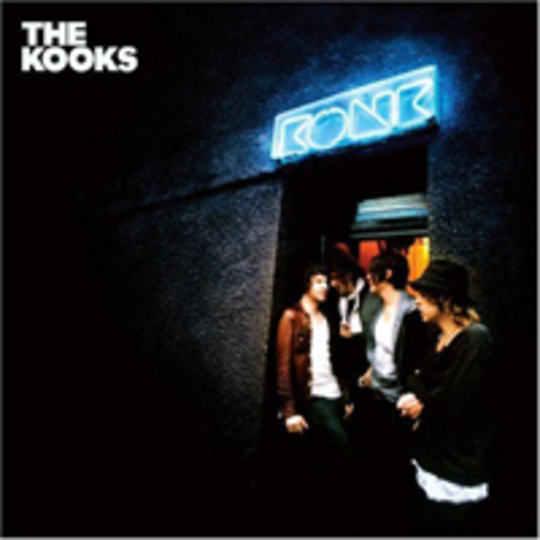 The problem with The Kooks isn’t that the songs they write are fantastically terrible or that their lyrics make them sound like a gaggle of gormless, macho bores with the sexual lustre and free will of a mechanical pigeon. No - theirs is a predicament that goes slightly deeper than that.

Waiting for the kettle to boil last night, my gaze fell upon a half-eaten tin of mushy peas. After a few seconds my eyes came to focus on the tin’s excitable logo and I realised that there are people out there who spend great quantities of their lives obsessing over how best to market those mushy peas, aspirant middle managers who put nights of sweat into PowerPoint presentations on which additives will give a better-than-ever flavour and texture to the luminous coagulate, haphazardly mixing business with pleasure as they cop a fumble off some budding bronze from HR at the toasting of quarterly success. Those people are doing a great service to society, performing month-upon-month a role that the majority of us would, at best, collapse into a twitching, headblown mess at and for that I salute them.

Similarly, I understand that these people don’t want to go home after a hard day at the office and listen to Liz Bougatsos wail her way through ‘God’s Money Vii’ or wait for Fuck Buttons’ ‘Bright Tomorrow’ to unfold in all its Technicolor glory. They want easy melodies to hasten escape from the dreary, the pointless and the mundane, their pop fix to forget about the array of e-numbers and the test samples of bean-bound gloop filling gaps between molars and that’s where things like The Kooks** and Hollyoaks are supposed to come in – doing a job just a sidestep away from tedium, a breeze of interest in a desert of pointlessness. What’s puzzling about Konk though is that it’s taken being an utter non-entity to potentially perilous new extremes, frontman Luke Pritchard disappearing into a black hole of self-absorption that makes talking about his band or his band’s latest record rather difficult, like attempting to masturbate over corrugated cardboard, proof-read a mollusc, or, indeed, retain enthusiasm about your career when its success depends on selling tins of MUSH! at 39p a pop.

To ever stretch a point, The Kooks have just enough stodge to justify their position as the mushy peas of rock music in 2008. On the most part, _Konk is just unremarkable, but occasionally it veers into areas where it really shouldn’t be, like a herd of drama school kids singing (because they’re always fucking singing, or skipping, or trying to make the impartation of some unnecessary knowledge sound like the Gettysburg address. “Fourscore and seven years ago, people like me would’ve been taken out to sea and tortured. Now, we haf takens over da UK music biz 4 ril, yes?” The Kooks went to drama school, by the way. Not that you could ever tell, with leather jackets and perms like that) show tunes through a dark alleyway in Elephant and Castle. One such moment comes with ‘Do You Wanna’ – note the lack of a question mark – where the band unequivocally offer up their glands to their “favourite girl”s (“Do you wanna / do you wanna / do you wanna / make love to me?”) and ‘Mr Maker’ where Pritchard seems to skid clumsily into a dissection of institutional paedophilia (“he’s not a member of the Catholic church, the pastor of his town got sent down for dirt / he sees the boys from Sunday school, it’s hard to believe what he read in the morning news”).

These odd moments aside, it’s tempting to suggest that never before have a band – and a band who, let us remember, this writer awarded a generous 8/10 for their summery, tuneful debut – managed to nail mediocrity so definitely between its tired eyes. This in itself could represent some kind of logic-bending art-rock achievement if only that wasn’t such a risky venture, commercially.

This brings me on to the real problem with The Kooks. Such is the weight of value they’ve built up behind them amid rockist industry (essentially a practice whereby anxious fathers introduce ‘safe’ boyfriends to their daughters, steering them away from the 'black' rhythms of dance music and hip hop), that they’re clogging up all the holes where interest was occasionally allowed to flourish under the catch-all guise of ‘pop’. These mushy peas have nothing on the glorious banquet provided by acts even just slightly adrift in terms of sales, TV airtime and radio plays – the most immediate examples coming to mind are the new Mystery Jets and Wild Beasts albums, though you’d imagine the former won’t be complaining of a lack of attention come the year’s end. Even when admitting Hayden Thorpe’s feral, fungal howl would be lost on the majority of The Kooks’ fans, there are plenty more - The Maccabees, The Cribs, Black Lips all providing genuine pop / rock / indie Radio 1 guitar music thrills with recent work that is brushed aside as soon as the inexplicably lauded likes of The Kooks return with this dogshit excuse for an album. And, after all, perhaps this is the reason why those mushy pea workers deserve to take home more than mushy peas and why it’s necessary that The Kooks be exhaustively and terminally destroyed.