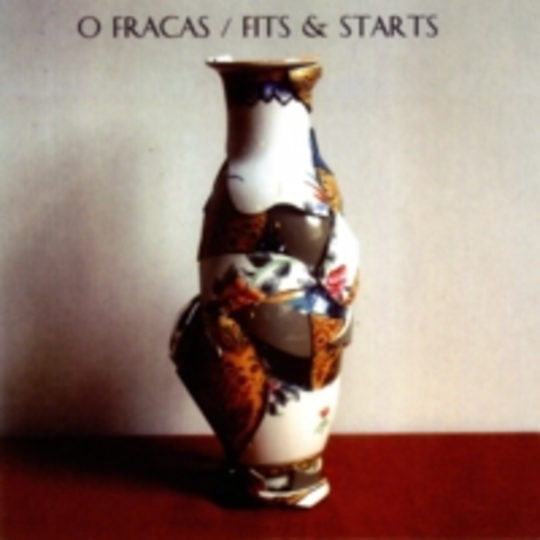 There’s some fracas about O Fracas – some, not much, their sound more a short and to-the-point put-down than one as serrated as a broken-bottle post-pub scrap; composed, controlled, fast-paced but with limited threat from a largely clean-cut sound.

And whilst the debut album from this Leeds quartet might sometimes turn up the tension, Fits & Starts isn’t so much about O Fracas causing some distorted affray but more about attempting to invade the floor of your local indie disco via the medium of danceable indie; not an over-produced heavyweight affair, more a wiry, streamlined one. ‘Fact Finding’ has the melodious vocal arrangement of Mystery Jets amidst a quietly shuffling and deceptively-intricate drum pattern, whilst ‘What Jim Hears’ bears traces of the jumping staccato beat of Foals and elsewhere ‘Falling Fast Behind’ is more like Talking Heads with a slick, deep-set lead guitar phrase bearing a passing resemblance to some Q And Not U riff of yesteryear.

That there are few new ingredients on show here isn’t necessarily a hindrance. On the contrary, even on first listen Fits & Starts is given an instant air of familiarity because of it, helped along by an almost deceptive amount of depth; the drumming always active – rarely a conventional, spectator-like, on the beat kick-snare-kick-snare in sight – and the guitars often found ploughing some intricate furrow somewhere near the bass, though rarely running parallel to it, the separate guitar parts often intertwining and combining to steal the spotlight with their showdown, the understated production values helping to snap the affair into life through a tight, sharp sound and generally dry, no-frills outlook.

What emerges is an album which does on occasion move in fits and starts itself, though these frenetic moments are balanced out by interspersed breaks, whether it’s the thirty second interlude of ‘Thousand Times’ or a change of pace entirely like the hum-backed piano-folk waltz of ‘You Can Hear The World From Menwith Hill’ or the rhumba of ‘Sixteen Beats’. The two tracks at the pinnacle of Fits & Starts, meanwhile, are examples of the album at its most direct, from the xylophone-assisted ‘And So A Scratch Runs Down A Wall’, dominated heavily by a snare struck with military precision alongside the jerking, sharp strum of the acoustic guitar, to ‘Follow Sue’ and its start-stop-start-again guitars jolting through two and a half anxious minutes, the two highlights passing each other at the album’s mid-point.

And whilst it may be watered down by the couple of interludes amongst its twelve tracks, it still impresses as a debut. Punchy, brief, technically proficient and suitably varied, Fits & Starts dares you to make it through its duration without moving your feet, whether it’s a toe-tap or a stomp.