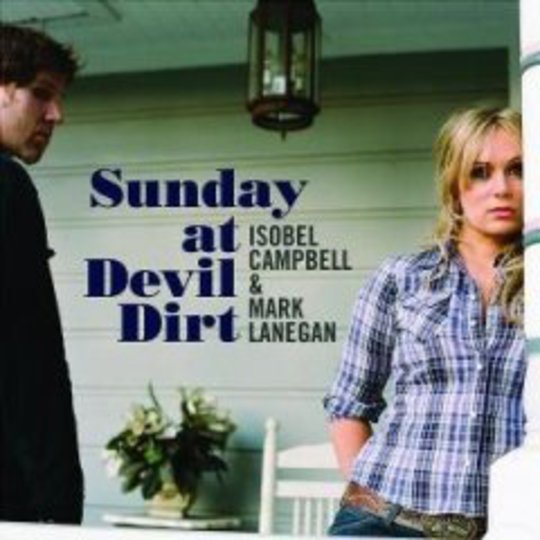 Some people have all the luck. You know the ones I mean; the sort of folk who stride through life safe in the knowledge that Lady Fortune will prescribe yet another dose of opportunity upon which their dreams can be realised. It’s said that such fortuity favours the brave, yet when things like this and especially this happen it becomes increasingly difficult to believe that luck is anything other than a prerequisite of the privileged.

It would be easy then to argue that mouse-shy Isobel Campbell is one of the luck-struck few. Having been part of cultish twee-mongers Belle & Sebastian during, what was arguably, their most prodigious years, the Glaswegian-born songstress’ career nosedived on the release of her poorly received debut solo album (discounting two distinctly ‘meh’ Gentle Waves LPs)_ Amorino_, leaving Campbell’s decision to flee Stuart Murdoch’s flock of bedtime reading jingle-janglers looking like a disastrous spot of self-aggrandised folly.

But then, as luck would have it, Campbell hit gold. By coaxing gravel-pit grizzly Mark Lanegan into collaborating on smoke-stained long-player Ballad Of The Broken Seas (review), the reticent cooer was transformed from corduroy-clad pin-up girl to ravishing, blues-smudged chanteuse. A devilish, fiery-eyed record exuding arresting tales of love, lust and loss, it was a remarkable juxtaposition of sandpaper and silk or, as many a hack would eagerly deduce, beauty and beast. Musically, Ballad… may not have been an entirely satisfying affair, but the stark contrast of Campbell’s sheenful purr brushed against Lanegan’s baritonal growl produced one of 2006’s most intriguing records.

Fast-forward two years and the unlikely Mercury Prize-nominated duo are once again caught in a smouldering embrace – but this time the element of surprise has disappointingly vanished. Album number two, Sunday At Devil Dirt, is comparable to the rekindling of an old flame; filled with memories of good times gone yet lacking the spark of fresh, unexplored pastures. Again penned almost entirely by Campbell before tweaked to fit Lanegan’s whisky-guzzled grumbling, there’s a distinct element of ‘seen it, done it, milking it’ to every rootsy, airsome shanty and, although executed with exemplary grace, it seems there’s not quite enough fuel left to stoke the fires of desire once more.

That’s not to say Sunday At Devil Dirt is an unmitigated catastrophe. Any record that contains the lachrymose presence of Lanegan and the smoky wafts of bromidic tone he exhales cannot fail to intrigue. But from the first brittle notes of ‘Seafaring Song’ it’s apparent that the enveloping captivation of Ballad… has disappeared, replaced with a stale, minor-key haze of strum and string while Campbell lingers sultrily in the background of Lanegan’s dilapidated crow. And it’s in this opening number’s formation where …Devil Dirt’s main problem derives.

For much of the proceeding 40-odd minutes Campbell appears so innately aware of her brutish accomplice’s ability to draw crowds she’s consigned herself to bit-part wing-woman. Tracks such as the sluggish ‘Salvation’ and gloom-laden ‘Something To Believe’ _lack the sleight of touch her wistful mew provides, leaving what could be two heart-rousing duets to kick their heels in the dust-bitten rabble of Lanegan’s less than invigorated, bass-heavy growl. For sure, there are times when the ex-Screaming Trees frontman is an esteemed vocal exhilarant – adding an unequivocal snarl to _‘Back Burner’’s demanding voodoo-blues or the equally ravaged ‘The Raven’ – but, with Campbell’s main input confined to breezy harmonies, the likes of _‘Trouble’ and ‘Keep Me In Mind Sweetheart’ feel lonesome and bare-boned amidst a spate of perfunctorily arranged country laments.

When Campbell finally gets to have her say the results are heavenly: ‘Shot Gun Blues’ is a simmering bar-room rankle of steel guitar and vixen-like pleading while the tombstone bound ‘Who Built The Road’ writhes over a windswept tundra of melancholic chimes and eerie string arrangement. Yet such peaks too often succumb to Lanegan’s limelight-hogging, culminating in the beard-stroking boredom of closer ’Sally don’t You Cry’, a track that exits on such a whimper of humdrum couplets it could well have been scribed by a Johnny Cash-aping ten year old.

With Campbell’s second solo LP, 2006’s Milkwhite Sheets, barely garnering a crumb of acclaim in the pages of the unforgiving music press, it’s of no surprise to find her pulling out the stops with a double dose of prize-catch Lanegan. Yet, judging by the standards set on this less than sparkling offering, her lucky charm may be her eventual undoing.