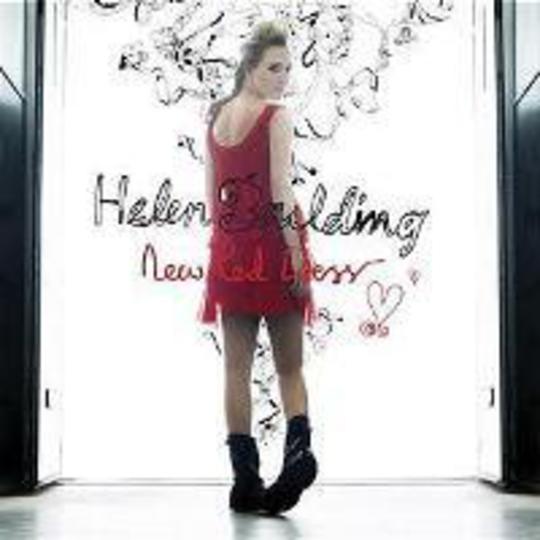 Seriously, though, this has to be some sort of DiS joke. Why am I always the one given CDs to review that will undoubtedly encourage insanely loyal fans to sign up for one reply and slag ME off when their idol is the one who really needs a talking to? Ah well, it's not the first and it won't be the last…

And another thing: press releases. For God's sake, what's so 'DIY' about Helen Boulding's approach? She's released it on her own label, call Daniel Johnston! She's from up North and into wimpy indie music, call Jarvis Cocker! She was discovered by word of mouth and touring as opposed to social networking websites, call Wolfgang Amadeus Mozart! When did these factors suddenly become above the benchmark of worthiness and authenticity, Mr Press Release Writer? If a record sucks, it sucks because it sucks, not because it's on a major record label.

New Red Dress sucks. Big time. Utterly, utterly inoffensive and dull, it suffers as much from misplaced emphasis on the story around the artist as it does from the sheer banality of the songs. Essentially a melted version of every song written by Katie Melua, Coldplay, U2, Reef and most Christian Rock bands ever, this record is the sort that must only appeal to Corsa-driving divorcees who thought that the ‘90s began and ended with Catatonia's International Velvet. The inane 'Housework', for example, contains no words that you should concern yourself with, it's probably about alienation or how our middle-class society forgets the people who really move the rocks or how a girl can find anti-romantic solace from being spurned in the most mundane of activities or something. I'm not sure because I became much more interested in staring at my own feet.

There are more examples, many more examples, but it's not worth going on about. Alright, one more then. At over five minutes in length, 'Breathe' contains approximately three ideas. The first one is the bassline under the verse which, upon composition, probably inspired a disgustingly smug faux-jazzy grimace from its long-haired session player. The second is the little crunchy chromatic guitar slide at three minutes and nine seconds in. A similar facial contortion probably overtook the colleague's mug as he effortlessly dashed it off after precisely no imagination took place. The third idea takes place over the remainder of the song, and its simple raison d'etre is to repeat itself, and louder. Why is edging depressingly towards the five-minute mark by doing the same thing over and over again allowed to pass for popular music, without any irony or sense of its own inadequacy?

This template aside, a whole range of stolen ideas is explored and repeated to a sickeningly extensive degree throughout the remainder. If you want to boil the record down to one aspect that forms your opinion, then know this: Bryan Adams took the cover photo. New Red Dress is the sort of record that makes a reviewer want to not bother finishing a review. It's depressing enough to have to sit through it, but to

The Eye The Ear And The Arm