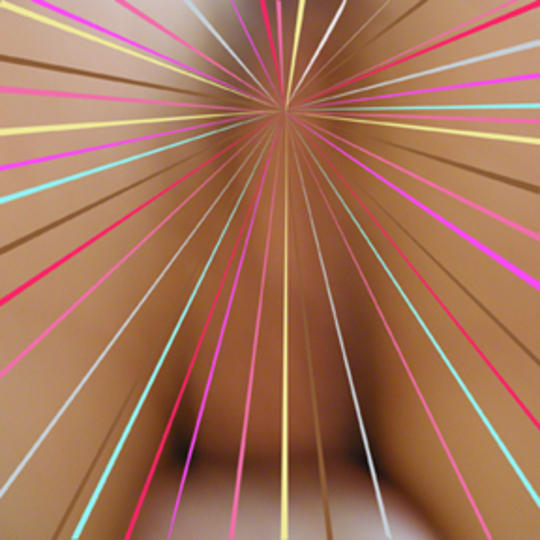 Calling all kids not cool enough to read Vice – meet your new heroes.

Unfortunately, as whimsical and clever as it is to name your band Child Pornography, it can only be bad when your tunes are boring, outdated and repetitive, and can’t even live up to the somewhat expected promise of humour. She’s Got Legs offers to its listener 16 tracks which can only be described as sounding almost identical; crappy, poorly-programmed and tinny sounding electronic beats combined with dopey, atonal and infantile hooting which irritates as quickly as it does detract from what little is interesting on this record. There is definitely nothing fun or kitsch about the singing here – it just sounds stupid. Aside from these painfully amateur vocal and rhythmic layers, Child Pornography leave absolutely nothing to the imagination by doing EXACTLY what you expect and filling the gaps left on their music with what seems like random guitar shredding. Whoop whoop indeed.

Opening track ‘Oh Baby’ got me excited initially, starting the LP off with a bass-ey, old-school hip-hop beat that shows potential promise in the development of the album as a whole. However, as this rhythm (neither seamlessly nor interestingly) blends itself into the second track ‘Honey Bear’, it’s instantly obvious that this album is going nowhere.

And that it does, over abundantly and with too much arrogant confidence. You know how bands like Best Fwends can get away with being a little bit shit because they’re kind of funny in a really ambiguous way? Child Pornography have a long way to go before they reach that level. Also, Best Fwends cans get away with that shtick because they are actually very talented songwriters in a very punk way… Child Pornography, in contrast, sound like a bunch of bored, middle-class 13 year olds in Omaha with nothing better to do than jerk off and drink slurpies – and then bitch and moan about how much they want a sweet new BMX.

Nonetheless, I’m not being totally fair. There are some moments that do show promise for the future of the band: ‘New Neighbourhood’ and ‘Woot Woo’ do manage to deliver some catchy and inventive post-punk guitar riffs and melodies that allow the band to step outside of their dominating teenage approach to music in order to momentarily keep a fun, dance groove going – occasionally reminiscent (and I use the term lightly) of DC bands like early Q And Not U.

I’m curious to see this band live, because if this is the best they can offer for a release then they’d better be freakin’ amazing.