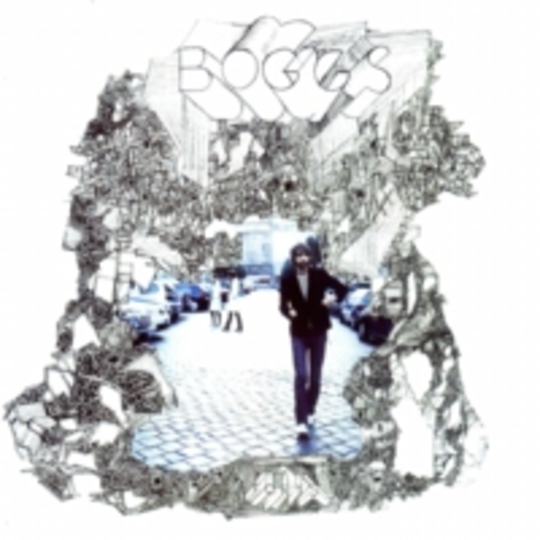 The Boggs’ story is as interesting as the music they present, the years of general chaos summed up during February 2004 when head honcho Jason Friedman found himself suddenly single at more or less the same time as his then-label folded, forever taking with it 2003’s critically-adored second album, Stitches. Having already suffered three cancelled attempts to tour the UK, he did what anyone would do – he upped sticks and moved to Berlin for no real reason.

There, he set to work on third album Forts, and it sees the band as difficult to pin down as ever, their sound on paper looking more of a mess than a master stroke. Switching between various elements of rock, folk and punk music (and currently credited with a cast twenty-three members strong, which might account for the mild split personality disorder that runs throughout the album), Forts picks up where Stitches left off, retaining the acoustic-punk moments, the occasional nod to new-wave rock ‘n’ roll and the touches of alt-folk-blues, as well as Friedman’s Lou Reed drawl which will on occasion slur more towards The Pogues.

But in the time away, The Boggs seem to have added an extra dimension to their sound, and it’s not just through a noticeable hike in production values, or that they’re joined this time round by Liars’ Julian Gross and Heather D’angelo of Brooklyn indie-poppers Au Revoir Simone. Nestling inside Forts’ melting pot of sounds and strummed wonderment is a more accessible sound; disco-led, up-tempo, danceable. Indeed, some moments here might even be considered ‘pop’ for their infectious nature, from The Rapture-mimicking four-to-the-floor disco-punk of ‘Remember The Orphans’ triggering a landslide of woo-woos and some cowbell, quiet corners abandoned in favour of the dancefloor, to the fighting spirit of rock ‘n’ roll briefly revived for ‘Bookends’’ moments of madness; collective vocals yelled and harmonies deliberately off-key for that authentic seal of discordancy.

It’s not all glo-sticks and shape-throwing though – in fact, it’s mostly not, as ‘After The Day’ trudges depressed along a particularly dirty dirt track on the glummest of gloomy days, accompanied by a slow and weary acoustic waltz or, in higher spirits, the knee-slapping and generally tumultuous folk-rock of ‘Melanie In The White Coat’ which follows shortly after. Throughout, the key to success is Friedman himself, his vocals switching and twitching from the low reserved mumblings to excitable high-pitched outbursts or, in the case of ‘Poor Things’, some odd free-flowing vocals in the style of Beck.

Yes, not everything on this record works, the sappy if jaunty strum of ‘One Year On’ and the plodding, rarely-changing texture of ‘The Passage’ also being highly-skippable tracks. Add to this, Forts doesn’t always sound complete, perhaps from the sheer amount it tries to get you to digest at any one time resulting in inevitable unpolished edges.

But with something slightly more conventional sneaking into the off-centre approach, Forts is doubtless The Boggs’ most accessible long-player yet, presenting a sound which doesn’t stay still long enough to get tired, and with one foot these days pointing towards the bright lights of the mainstream. An ‘A’ for effort, then, and hopefully an album which signals the end of Friedman’s own personal hell.