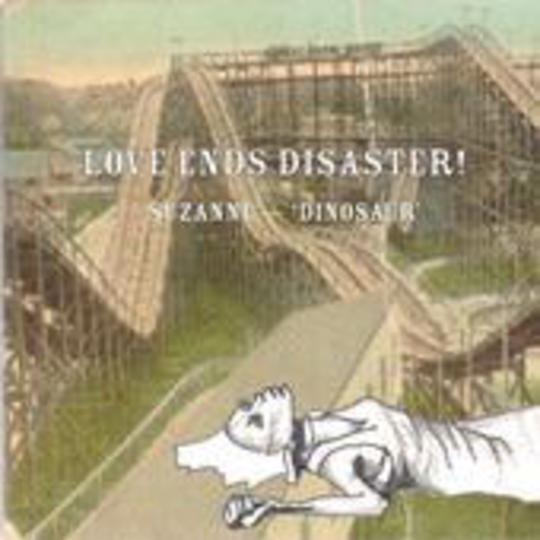 It's all systems change at station LED!

New label, new drummer, and with the delectable, new AA-side standout 'Suzanne' in their armoury, it seems a new sound too.

Whisper it quietly if need be, but those one-time experimental noise fiends LED! have gone all pop on us, and as a result sound all the better (and much more accomplished) for having done so.

Granted, lyrically 'Suzanne' is a mixture of the good, the bad, the happy and the sad in a 'light-hearted stab at darkness' kinda way, but with a chorus to die for and more hooks than grandma's living room curtain rail, there ought to be no looking back for Loughborough's finest musical artefact since the Left Legged Pineapple first opened its doors.

And what's more, the production on both tracks (we'll come to 'Dinosaur' in a moment) resonates with a sheen, a crispness that's been absent from their releases in the past.

On another day, companion piece 'Dinosaur' would probably be castigated by the muso crowd and laughed at incessantly in the sixth-form common rooms for its dry stab at upstaging Elton John's career in three minutes, but we'll forgive them that for the magical flipside.

Reassuring then, in many, many ways.