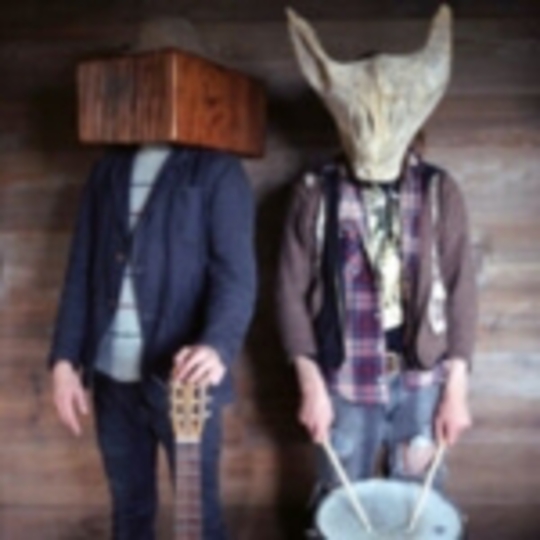 With a reputable label to call their musical home and some decent live performances behind them, it seems likely that I could find a place in my heart for Two Gallants, if only I could find a way to play the copy-protected CD-R and actually get to hear their third (and self-titled) long-player rather than just look at it. PC or Mac? No chance? PS2? Go fish. My home stereo? Well, it can read mp3 CDs so that’s obviously a computer, too.

When I do eventually achieve my goal, I am faced with another puzzle to solve: is vocalist Adam Stephens really just ex-Starsailor warbler James Walsh doing a Rod Stewart impersonation? On first listen, the vocal line possesses a recognisable hint of Stewart’s rusty throat coupled with Walsh’s thin, wobbly register, all delivered with a Jack White air of reckless abandon, or maybe that guy from Cold War Kids. It takes some getting used to as it grates and grinds over the guitars – sometimes electric, sometimes acoustic, sometimes both together – and the occasional lazy, reclined drumbeat; the mostly gentle bluesy-country backdrop clashing with something close to mental collapse.

From that description, it probably sounds horrible – indeed, to some it will forever remain so – but in the end, once it’s allowed to settle for a while, Two Gallants’ sound becomes more mesmerising as the album unfurls. The guitar ‘n’ drum-assisted jaunty, bound-along openers give way to some reclined, harmonica and string-assisted numbers, breaking at mid-point for the album’s dynamic highlight, ‘Reflections Of The Marionette’, before guiding the remaining tracks into peaks, troughs and a rampant, raucous six-minute conclusion. Not that six minutes is uncharted territory for Two Gallants, you understand, and it doesn’t often feel like six minutes either, due to how natural it all sounds - these are no overblown epics, even with the strings involved - and how varied the song structures are, the dynamic often being altered mid-song, starting slow but adding up-tempo moments (or vice-versa) and thus breaking the song into individual parts.

And this is why, when the aforementioned fifth track starts slow with soothing harmonies and increases its tempo, gradually, painstakingly until somehow it’s jolting along with a life entirely of its own, I understand what the fuss is about with this lot. Sure, Two Gallants might take a good four tracks to get going, but the five that follow are outstanding - alive, almost - from the mournful, heartbroken stagger of ‘Ribbons Round My Tongue’, listed on the promo sleeve under its original title of ‘Emo Country Song’ (roflol, etc) and similar downbeat gait of ‘Fly Low Carrion Crow’, right through to its rowdy, stomping concluding effort which goes from quite slow to deadly slow to Really Quite Loud and sounds like four different versions of the same song stapled together.

And you know what? By the end it doesn’t really sound like Rod Stewart or James Walsh anymore – it just sounds like Two Gallants. Neat, huh?