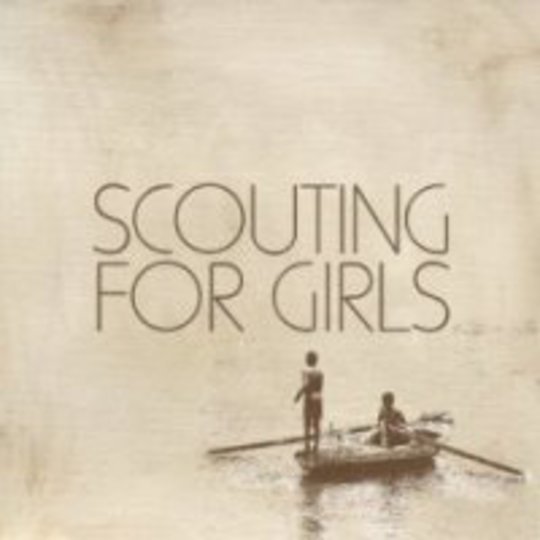 When, exactly, did the Ford Mondeo become such a pariah figure amongst music critics? We could clog up an entire web server with examples of Mondeo-bashing, but here’s a few examples ganked from five minutes Googling:

Shane Blanchard of Tasty Fanzine in January 2005, on Sightseeing by Rob Reynolds: “It would be perfect for the Mondeo driving salesfolk of middle England to sing along to, windows down, having just secured the week's dog food sales target.”

The Manchester Evening News’ Paul Taylor, discussing Travis earlier this year: “Their one-time ubiquity had us thinking of them as pop's sliced white bread or Ford Mondeo - the dull but efficient default consumer choice.”

Richard Hughes of_ CD Times on _This Is Hazelville by Captain: “A disappointing record that will probably find it's [sic] way into every Mondeo in the country by Christmas.”

And fashion journalist Alexis Petridis in_ The Guardian, bemoaning unfair treatment metered out to David Gray: “People complain that your audience are all boring Ford Mondeo drivers, and that, by extension, you - the bohemian singer-songwriter guy! - are also boring and drive a Ford Mondeo.”_

Some Mondeo Pop bands for you: The Beautiful South. Del Amitri. Prefab Sprout. Tears For Fears. Crowded House. Danny Wilson. Some bands have Mondeo Pop periods, but overall have produced a body of work that’s either too mainstream (Wet Wet Wet) or too alternative (Aztec Camera, The Blue Nile) to count. Heck, even The Cure were Mondeo Pop for the duration of ‘Friday I’m In Love’.

Mondeo Pop is about local radio airplay, about songs that get you through the working day and the drive home with a smile on your face. It’s about intelligent-ish lyrics, it’s about taking the ‘American Pie’ idiom (upbeat tune + downbeat words = profit) to its logical conclusion. It’s about normality, finding art within the daily grind; no Hollywood moments, just songcraft. These bands all tend to have indie pasts, but they’re grown up now: they know there are more important things to life.

Which is exactly where Scouting For Girls stumble in. They, along with other recent try-hards like The Hoosiers and even Cherry Ghost, want to get themselves some of that local radio money. If you sat Scouting For Girls down and explained to them how they could write the new ‘Song For Whoever’ or ‘Fall At Your Feet’ or ‘Roll To Me’ or ‘Mary’s Prayer’ or whatever, they’d be all ears. Which is fair enough, they’re great songs. But SfG will never write these songs because a) the era of Mondeo Pop passed with the advent of Travis (argue all you want, but The Beautiful South never had a top 10 single after the release of ‘Writing To Reach You’) and b) because they’re fucking dreadful.

Scouting For Girls are fronted by Ray Stride, a man who sings like he’s had a stroke. You can hear it in his intonations, as if the left hand side of his lips are weighed down by hemiplegia, rather than what actually is causing that problem: a misguided attempt at an Estuary accent.

They basically write two types of songs: plodding-on-the-piano numbers that sounds like rote lad rock band du jour (The Twang, The Enemy, The View, whatever) shoehorning themselves into a shirt and tie for a job interview, or skin-crawlingly smug self-satisfied moments that seem to be born out of a desire to be an even less likeable version of Ben Folds Five.

It’s wrong to harp on a fake accent, even when it produces rhymes as brutal as_ “I love the way she plays it cool / I think that she is byoo-tea-fool”. Thankfully Scouting For Girls can distract you with so many other reasons to loathe them, even in the space of one song. Take single _‘She’s So Lovely’, a piece-of-shit slice of pub indie that combines a fantastic streak of visceral misogyny with the kind of intelligent, sophisticated witty commentary more usually spouted by people vomiting into the gutter on beloved Bravo documentary series_ Booze Britain_ (“She’s flirty / Turned 30 / Ain’t that the day a girl gets really dirty?”).

‘The Airplane Song’ isn’t a Straw cover (ask your grandparents), but it does feature our Ray pronouncing every single syllable of the word “extraordinary”, as in_ “ex-tror-din-ar-ee”. _‘Elvis Ain’t Dead’ is a ten-months-too-late buggering of ELO’s corpse. ‘I Need A Holiday’ actually sounds a bit like My Life Story. That’s the best thing that you can say about Scouting For Girls: on the very rare occasion when they don’t sound like Thursday 2pm in the offices of a logistics firm, they sound a bit like a really rubbish late-period Britpop band.

There’s even a bonus track about falling in love with Michaela Strachan. For those of you who will never get the chance to listen to this album, you can recreate the effect of this song quite easily by gate-crashing any freshers’ week pub crawl and listening to some gelled-up 18-year-old gobshite from the Home Counties crunk on three Apple Sourz talk about how Timmy Mallet is a “legend, an absolute legend”. For the full effect, get someone with grade two piano to slap about on a keyboard while this is going on.

I’m talking about Mondeo Pop here because it shows how far the bar has fallen for stuff like this. A lot of it comes down to the changing tides of how music is produced and consumed: your Danny Wilsons and your Beautiful Souths had to spend years touring before they got to that position, they got wise to the game, they learned some tricks. If you dropped Danny Wilson alone in the middle of the desert with only their equipment for company, eventually they’d find not only their way out, but also get themselves an A&R showcase within two weeks. Scouting For Girls, on the other hand, presumably couldn’t wipe their arse without a detailed memo from their record label informing them as to what kind of motion would play best to the Heart FM demographic. Absolutely unforgivable as both a band and a product.