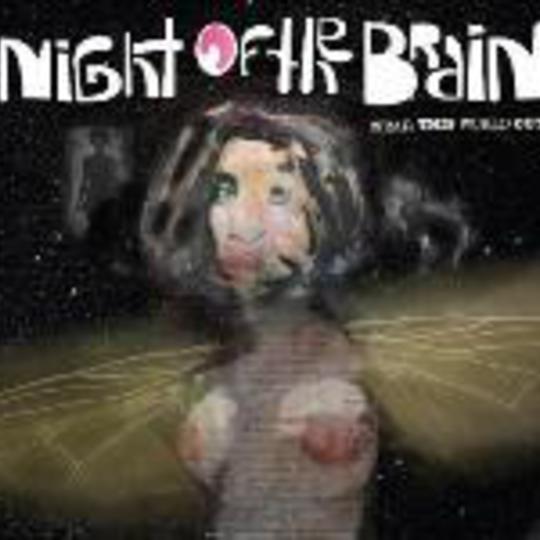 Some records are impossible to judge objectively outside of the context that they come cloaked in. The critical vacuum that some argue should exist is an idealised impossibility. It is the framing power of context and the juxtopositional relationships that sprawl between records and their creators that allows for criticism to exist. With no common reference or point of comparison it becomes difficult to posit the album in a place of communal understanding.

This is my convoluted and arseholic way of saying: Hey! I am going to compare this new Night Of The Brain record to lots of other records and that Wear This World Out cannot be considered independently of its creator, Cristian Vogel.

Vogel has ploughed a successful and diverse career as producer of techno, as half of innovative electronica duo SuperCollider alongside Jamie Liddell, and as a studio producer and remixer for Radiohead, Chicks On Speed and Maximo Park.

While this record fails to scale the dizzy heights of Liddell's sublime Multiply there is such a variety of styles and nagging sense of possibility ensconced within its confines that it demands being returned to. It hooks the listener with shorter opening tracks ‘Ghosts’, ‘Golden Shower Song’ and ‘Viki The Tall’ which all conform to a template that falls somewhere between a slightly woozy, slowed version of Q And Not U's energetic dance punk mixed with almost dream-like post-rock sensibilities before the pivotal ‘Connecting Charges’.

It is this track that most closely resembles Vogel's straight electronic work and, in this full-band context, also appears to be the album’s weakest cut, coming on like Tricky fronting a faceless track from a generic chill-out compilation. Falling as it does at the LP’s midpoint, ‘Connecting Charges’ marks a segue into a series of tracks, all around the seven-minute mark, that have more in common with the gentle, exploratory avant-rock of Gastr del Sol and The Sea and Cake, or even perhaps the O'Rourke-produced efforts of Wilco, which display a willingness to explore and nose around the limitations of the form while never quite straying into self indulgence. The intro and outro of ‘Winter Wine’, for example, toy with strange static noises more commonly found in records that appear on Harbinger Sound or No Fun than a techno imprint. The bass and drums are unsurprisingly fairly prominent throughout.

For a man of Vogel's background, it’s little surprise that the rhythm acts as an anchor from which the more exploratory sounds can fly throughout this LP. All in all,_ Wear This World Out_ offers an intriguing and enjoyable listen that benefits repeat visits.