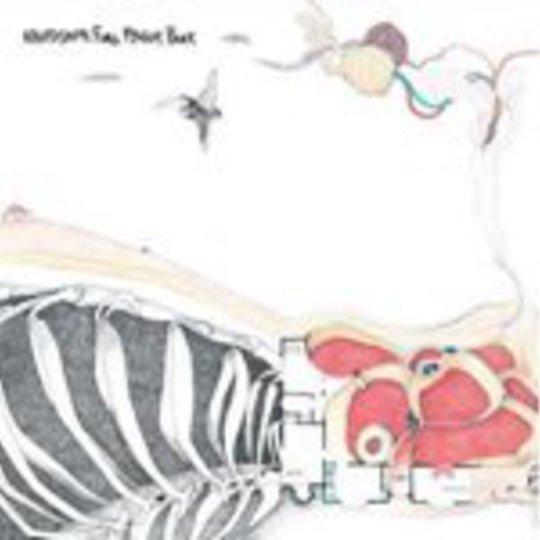 An album that sounds far bigger than its minimal constituent parts might imply from on-paper confines – each song is crafted using guitar, synthesizers and a primitive drum machine – Plague Park is far closer to the bedazzling indie-rock of Wolf Parade than the chuck-everything-in approach of companion side-project Sunset Rubdown. With the Parade’s Dan Boeckner at the helm, this LP can be summarised, succinctly, as a stripped-back take on the often epic tendencies of the celebrated Montréal act; its appeal is instant, and that voice serves as a sturdy bridge between bands. Listen closer, though, and great rewards await those with patience to burn.

Like Apologies To The Queen Mary, the record that saw Wolf Parade welcomed by the indie underground’s collective conscience, Plague Park possesses an unsightly surface layer of cluttered sound and alien screeches that require swift penetrating to enjoy the sticky gooiness that resides within. Although a duo – Boeckner is ably assisted by his fiancée, Alexei Perry – Handsome Furs’ music is deftly assembled, finding pleasure in perplexing layers that, with any other act, simply wouldn’t work. There’s depth, almost of a kind unparalleled given the instruments employed, that sucks even the most wet behind the ears of newcomers into murk and darkness. Yet, for all the foreboding metal-on-metal scrapings that initially make their presence known, there’s a heart pumping furiously at the centre Plague Park that’s in healthier order than that title might imply.

Partially based around a concept fluttering about Finnish fairytales and some expansive park in Helsinki, lyrically the record’s stronger than might be expected from something so rooted in keeping things simple; Boeckner’s voice is, of course, instantly grabbing, but let his words sink in and Plague Park takes on another dimension. There’s a longevity here that, say, acts like ADULT. can’t claim. While the acts share similarities – there’s sheets of noise and bursts of digital bombast, coupled with a tone that’s often oppressive – Handsome Furs’ technique allows a little additional tenderness to creep into proceedings. ‘Dead + Rural’ might be as savage as its title suggests, albeit with completely contemporary rave embellishments, but on the whole this is an album that lacks a bite to complement its shuddering bark.

Of course, what most people are foaming for is another Wolf Parade album, but in the absence of such a release, at least until early 2008, Plague Park will serve as a fine substitute for now. It is a Roger Milla sort of release, if you will, albeit with legs that can go whatever distance the project deems is best before handing fifty per cent of its crew back to higher-profile concerns.