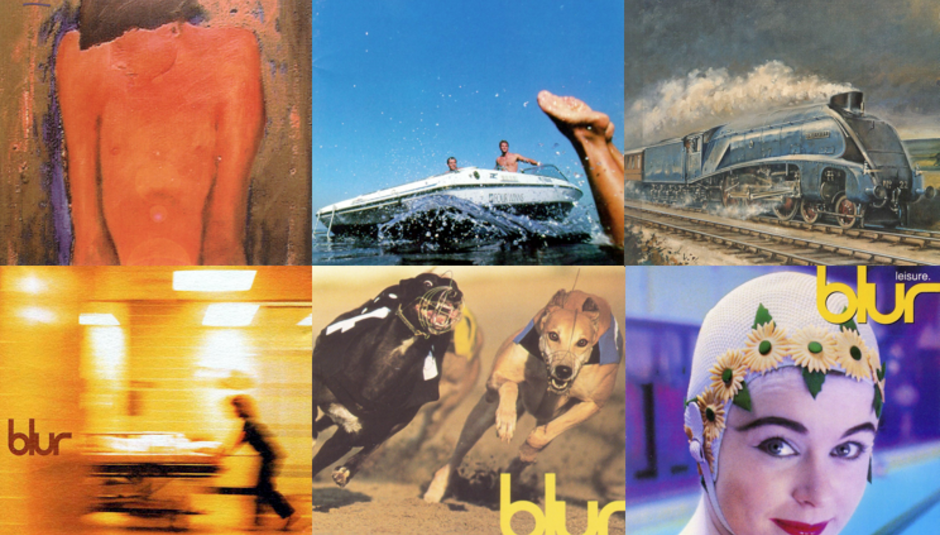 A competition to win an entire back catalogue, but first some videos from yesterday...

Blur are a bit bloody brilliant, ain't they? If you need a reminder, here they are just yesterday, live at Maida Vale for BBC 6 Music... click here for the full show

They also did 'The Universal' for Radio2 too...

If you liked that footage then you'll most probably like this competition we have to celebrate the great british band's 21st Anniversary. If you didn't know, the band have re-issued their entire catalogue, with special edition albums and we have all of them to give away.

To enter, simply comment below, answering the following question:

Which Blur studio album is missing from this image?

We'll pick a winner on Friday 2nd of August at midday. If you don't feel lucky, you can pick up the special edition albums and the extra-special boxset over at: http://blur.co.uk/blur21

Here's what DiS' staff have been saying about Blur this week, when reviewing the re-issues:

"‘Country House’ pretty much sums it up. At first glance it feels like the nadir of Damon Albarn’s knees-up-Mother-Brown phase: it’s got an unwatchable soft porn video and a brass section nicked from a Madness tribute band. But look closer - there’s the Pink Floydish falsetto “blow, blow me out, I am so sad, I don’t why”, sneaking into the second chorus and staying to the end; then there’s Graham Coxon’s art-rock solo, all fractures and discord, undermining or maybe underpinning the ‘ave-a-bannana-isms. It’s completely ace and quite, quite mad. That’s when Great Escape is at its best - haunted and lonely and a little bit lost beneath the bravado." - Read Marc Burrows' full review

"Perhaps because it was written after the rest of the record, ‘For Tomorrow’ feels like a perfect distillation of the Anglophile shift the band’s sound underwent following Leisure, all soaring strings, surging melody and wry, painterly descriptions of London life (“she's a naughty girl with a lovely smile, says let's take a drive to Primrose Hill, it's windy there, and the view's so nice”). It is, above all, a deeply romantic song, a love letter to being cold and young and skint in London, enjoying the city’s vertiginous grandeur even if you can’t afford any part of it. It is a near enough perfect track, and probably the moment when Albarn really came of age of a songwriter, foreshadowing the chutzpah of Parklife and – in the brilliant half-spoken outro – the inventiveness he’d deploy in writing pop songs forever after." - Read Andrzej Lukowski's full review

"While not perfect, Leisure far outweighs the 'clumsy' and 'unfocused' tags it found itself saddled with upon release, and indeed has actually stood the test of time better than some of Blur's most celebrated works, Parklife included. Now, if only someone could tell me whatever happened to The Keatons..?" - Read Dom Gourlay's full review

We've still got a few more to review.