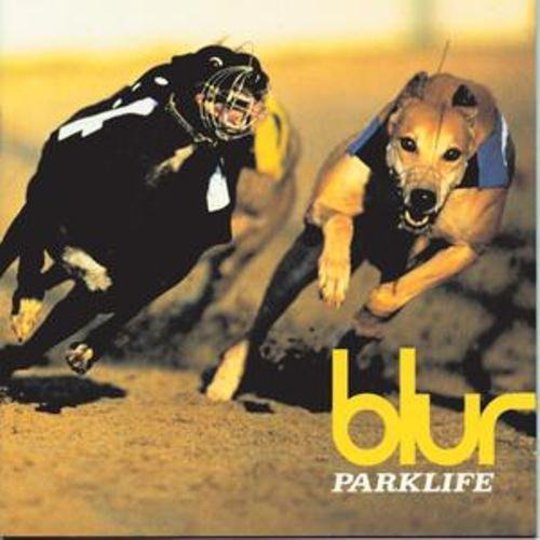 …And so, one indie band with a Syd Barrett art streak, fuelled by twin thirsts for drink and chaos, are signed to a 'hip' imprint of a major label, where they are kicked repeatedly until they sound passably like the Happy Mondays. They achieve a seemingly transient UK chart success, on the back of which they are sent to the States to imitate the achievements of label-mates Jesus Jones, where their US label puts them in a mobile tin can and launches them across a foreign nation which, confusingly, speaks the same words, if not language, and where they themselves add to the fuck-up-ery by being pissed out of their minds literally the entire time, upsetting every DJ, VJ, journalist, label employee and promoter in the process. Every single person involved was apoplectically furious with everything by the third gig - from venue bar staff, to Food boss Dave Balfe back in London who was always angry anyway. And there were still 39 gigs to come. Cue pining for obscure British cultural quirks, the appearance, almost from nowhere, of Beatles-quality songwriting, of a birth of a new-old British dream and a very British album: Blur’s Modern Life Is Rubbish.

It was good but it wasn't quite the one at quite the right time. It would take miraculous stride-hitting (Albarn: “I was on a roll. Really confident, really passionate about what I was doing.”) and abject desperation (Alex James: “We recorded Parklife so quickly after Modern Life Is Rubbish because we were skint.") for the formula of Modern Life... to take a few steps forward. Parklife was unleashed on a Britain that had just woken up to its predecessor. Wallop! Cue, stupendous success and a really, really fun, beery, cokey, British celebration of itself and a sub-cultural binge on the past that felt like the future.

Albarn (to The Stud Brothers, Melody Maker, 1993): “…besides, there’s even a disco track on our next album.”

The buoyant and the bleak collide on ‘Tracy Jacks’, embodying the crushing boredom of suburban life, outing the madness in the mind of a civil servant before sad, sad Beatles-strings rise to quash the drama and usher in the near-perfectly crafted balladry of ‘End Of A Century’.

The punk blustering of ‘Bank Holiday’ careens brashly into the sublime ‘Badhead’, all Bacharach horns and absolutely nothing to careen against. (Coxon: “It’s good for hangovers. There’s nothing abrasive there.”)

‘Far Out’ is Alex James’ bizarre and gently incredible stab at communicating his fascination with astronomy, softly drifting out of orbit and into the gorgeous opening glockenspiel of ‘To The End’. The creeping but refined strings complement Damon’s “collapsing in love”.

‘London Loves’ and ‘Trouble In Message Centre’ still sound oddly urban and imperfectly futurist with their sinister undertones and radio samples and wiry fidgeting. Like an indie ZX Spectrum in the throes of a panic attack.

And then there’s the all-conquering, majestic ‘This Is A Low’. Game over (not including ‘Lot 105’*)

Parklife is a genuinely stunning collection.

Eighteen years on, the title track is the only one on the album proper that really sounds dated. This is largely because of the ridiculous torrent of imitators it inspired. It's also partially because of the silly Small Faces oompah-stomp that is its foundation. The spoken word verses seemed novel and clever at the time but, fuck, the saturation of this song has made them grate now. The two instrumentals aren’t amazing on their own but that’s missing the point. They help to create an atmosphere, for a truly great album must encapsulate something that is both complete and moment capturing, whilst managing to have the songs stand up as brilliant on their own. And appropriate segues that add to the latter can be excused from the former.

The b-sides on the second disc of this reissue are a mixture of things that sound like the albums immediately before and after Parklife. And a remix and three acoustic versions and, thoughtfully, a french language one. Once Blur run out of tracks that nearly made it onto the record but didn’t they kinda get into silly land. This is a grab bag of the good, the pointless, the acoustic, the stupid and the over-confidently grotesque.

‘Magpie’ – Sounds like ‘Coping’ off Modern Life is Rubbish but it's a better song, with weirder psychedelic breakdowns and Dave’s drums notably thunderous towards the end. This shouldn't have made it onto the album (although it may have fit on Modern Life…) but it is a really good song.

‘Peter Panic’ – Cautionary tale about the “coca-colonisation” and “bubble culture” of Britain that Damon had grown fond of talking about, conveyed through a story about an alien who lives in TV sets. This was the first reserve for the album and is a really, really nice song.

‘Threadneedle Street’ – Brilliant. Foreshadows The Great Escape’s much lauded 'Yuko & Hiro'. This is a song that pointed to a far less joyful future.

‘Anniversary Waltz’ / ’Supa Shoppa’ / ’Theme From An Imaginary Film’ – These find Damon at the height of his music-hall obsession. There was a charm to these vaguely Gallic, vaguely seaside-y, vaguely Seventies cop show waltzes at the time. This charm has evaporated now that you can spit without hitting a kid in a Sergio Tacchini tracksuit top and an ID bracelet. To be fair, The Libertines made this kind of reference a bit better, totally putting their own stamp on it and going further than just playing a harpsichord in 3/4 time and singing all mockney. Special mention to ‘Supa Shoppa’ for being a perfect live opener for the Parklife tour when cranked up, and to ‘Theme From An Imaginary Film’ for being rejected entirely out-of-hand by Stephen Berkoff for his movie The Tall Guy and sounding not dissimilar to new song 'Under The Westway'. But faster. And waltz-ier.

‘To The End (French Version)’ – This is a nice curio - great song, Justine Frischmann singing the girl’s bit - but do we really need it sung in French-cockney? Oddly, Suede included both a French version of ‘The Power’ and two songs featuring Justine in their recent reissues.

‘End Of A Century’ – If there were a braille version of this song it’d still be great.

Coxon - ”I regret it… I didn’t realise what dirty minds they had.” (he’s talking about something else, but something that grew out of this kind of thing.)

'People In Europe' – Listening to Damon's silly multi-lingual words and Alex's silly bass line you can almost see Alex winking and saying 'wotcha, fancy a bit uv aaaz ya farver?' while he's eating a carrot to get rid of his champagne breath and his silly bass line twitches almost independently of him like James Corden having a drug-induced seizure. This is a silly, silly song.

‘Red Necks’ – A few piss-takes of Americans spoken over the music from a hidden room on Super Mario Brothers. This is the sound of what was going on in Alex James’ head at 10pm as he strolled through Soho, pissed, on any given night in 1995.

‘Got Yer!’ – The story of a man driven mad by a fly that gets stuck in his head spoken over another waltz. This is the sound of what was going on in Alex James’ head at 2am as he delights at another Damien Hirst rant, while Keith Allen cackles an evil cackle, pissed in the Groucho on any given night in 1995.

‘Alex’s Song’ – A stupid pitched up vocal ditty set to simple guitar and tambourine. A real waste of time. This is the sound of what was going on in Alex James’ head at 7am as he starts to pass out pissed on the floor of the Groucho, after any given night in 1995.

‘Beard’ - lets not even go into the unthinkable, shoddy jazz-trocity of ‘Beard’.

The vast majority of Parklife is utter, utter genius. Totally masterful song craft, perfect arrangements, the chemistry of the band in absolute sync, with just enough technical know-how and ferocious determination to avoid the trap of cynical money-chasing hook-stacking that they'd use on The Great Escape and reject outright on Blur. True, there was the beautiful abandoning of oneself to the zeitgeist in '94, '95 which might cloud judgment somewhat but we're not talking Shed 7 or Sleeper's third records, released waaaay after the horse had bolted, we're talking an almost perfectly varied, written and executed album that happened to catch a lot of people's imaginations at once and in such a way that it threw many, many a quality control into flux, leading to a lot of platinum records for a lot of stupid, copyist shit that couldn't hold a candle to this. In terms of Britpop and who started it, I'll leave that to Modern Life Is Rubbish, Suede and The Auteurs’ New Wave to scrap out (it doesn't really matter anyway - its just fun to watch people get angry about on forums and in the pub) but although a few records came close from '93 to '97 this remains the touchstone and dangerously high watermark.