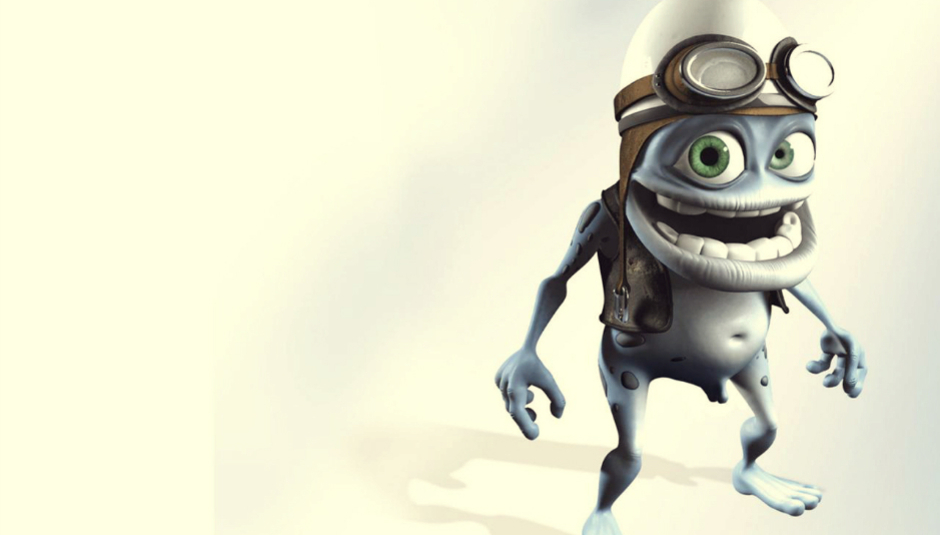 Last week saw the 10 year anniversary of arguably the most influential pop song of the past decade, Crazy Frog’s ‘Axel F’.

This grating track was the UK’s third best selling single in 2005, and topped the charts in a total of eight European countries. In its week of release it beat Coldplay’s ‘Speed Of Sound’ to the Number 1 by a ratio of four copies to one. How? A potent mix of nostalgia and advertising that’s been peddled by every major popstar since, from Beyoncé to Britney.

It’s easy to forget now, but Twitter and Instagram didn’t exist a decade ago, while Facebook was only a year old. If you were marketing a single and wanted it to be a hit you had to get it on TV and radio. Even if the song itself was really, really terrible.

Now I don’t want to argue over whether ‘Axel F’ was any good in the first place, but its Crazy Frog remix deserved nothing more than to be burnt with fire in the bowels of Hades. It wasn’t going to be playlisted on Radio 1 or used as the bedding music in a trailer Champion’s League final on ITV, which should have meant no one ever got to hear it. Thanks to TV ad breaks, the track was everywhere.

Crazy Frog was the animated mascot of Jamba!, a premium-rate monthly SMS mobile phone service that specialised in ringtones. If you watched MTV, Nickelodeon or pretty much any satellite channel at the time, you couldn’t miss the damn amphibian. He’d be ribbiting you in the face every 15 minutes, tempting you to run up a double digits phone bill. Jamba!’s adverts were so prevalent that in 2004 the company spent €90 million on airtime in Germany alone.

Given advertising is expensive and Jamba! were by no means the only brand in the ringtones business, a reworked ‘Axel F’ was created to further promote its services. Although a massive marketing budget doesn’t guarantee you a hit, Jamba! and then Ministry Of Sound had another ace up their sleeves, the theme song from Beverely Hills Cop. ‘Axel F’ had already been a UK Number 2 hit in 1985 and remained an instantly recognisable tune. The result was a perfect storm of commerce and retromania, one that’s been imitated ever since.

Nowadays when Beyoncé or Rihanna have a new single to release, the first you'll hear of it is often through an advert. Brands like H&M or Dior will pay to be associated with these acts because it lends them a further air of cool and credibility. This process of having your song on an advert is known in industry terms as a sync, and it’s big business.

“We often work on campaigns before anything has even been shot right down to clearing a track the day before an advert airs,” explains Adam Gardiner, Head of Creative Licensing over at Universal Music UK. “The first major sync I landed was for Willy Moon’s ‘Yeah Yeah’ on a global Apple campaign. It’s really satisfying to know that something you’ve pitched will be seen by millions of people.”

Of course, the practice of brands and musicians getting into bed with each other has been around for some time now. Elvis and Coca-Cola. MJ and Pepsi. The list goes on. What the success of the Crazy Frog did to change the industry was to help establish syncing as the preeminent marketing strategy for both established and rising stars.

Last year, Apple set aside $100 million to promote its U2-featuring iPhone 6 campaign. More recently, Sound of 2015 nominee Rae Morris was seen on TV supporting the fashion retailer Boohoo, and Spector recently launched the video for their new single ‘Kyoto Garden’ on Topman’s YouTube channel. Where once getting your song on an advert was a way of cementing your star status, it’s now a widespread technique for earning a tidy sum of cash and raising awareness of your music. Morris' 'Love Again' advert has been one of the most Shazamed commercials so far this year.

The Crazy Frog’s backwards-looking take on pop culture also laid down a marker for the noughties era music industry too. It regurgitated the past in a way that cemented the potency of nostalgia in the minds of music marketeers. You can see this legacy in the near-constant reem of rose-tinted videos artists currently churn out. Over the last month alone, a whole smorgasbord of acts, from Britney Spears to Fidlar, have released their version of ‘Weren’t the 90’s great?’ in video form.

As with any conversation about commerce and music in 2015, all of this chatter leads us to PC Music - the London-based record label that makes dial-up internet pop and sells energy drinks for $20 per can. More specifically, it brings us to Sophie. The collective’s associate who first came to prominence with ‘Lemonade’ and is now producing for the likes of Madonna, Charli XCX and Liz.

A signee of Diplo’s Mad Decent label, Liz is post-Crazy Frog music as a microcosm and that’s not a bad thing. The self-confessed ‘millennial pop baby’ has spent her last few years aping Destiny’s Child-like R&B with beguiling results in ‘Hush’ and ‘U Over Them’. While her Facebook page is still lathered in Y2K tributes, the New York singer has changed tack with her latest single ‘When I Rule The World’. Stuffed full of blaring synths and ADHD provocations, the song is about as Top 40-friendly as the PC Music sound can get and it's set to get a big old push from Columbia Records later this summer. After it's already been splashed over YouTube in a big way, of course. ‘Samsung's new advert is so bad I never want to use technology again’ wrote TechRadar of the track’s branded visual accompaniment.

That’s an unfair assessment, but it’s also a neat summary of where music marketing is at right now. Thanks to a cartoon with a catchphrase, musicians are expected to be grab your attention by any means necessary - even if they potentially prove annoying and use those methods they'd have turned their noses up at a decade ago. The Crazy Frog may have been an awful, annoying creation, but it's also proved a money-spinning pioneer for both supermassive popstars and brand new acts.

In the week when Apple is once again attempting to change the music industry with its new streaming service, it's worth remembering an unsung tech company creation that was similarly revolutionary.