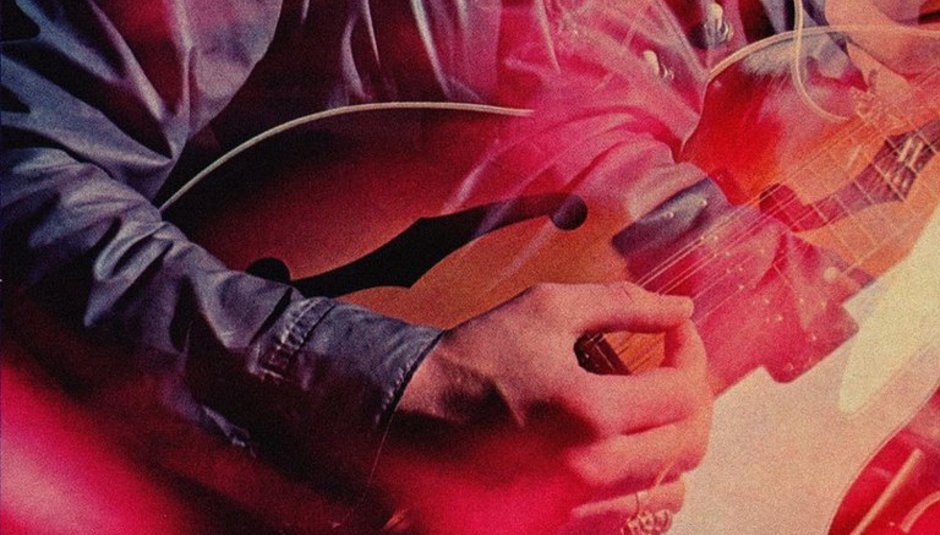 DiS' editor shares six of his/DiS' favourite albums of the first half of 2012...

A few weeks ago, I asked the DiS boards what their favourite albums of the year so far were, but there was no real clear pattern of popularity. Consensus was also hard to find while watching all of the lists pour in from various sites and blogs, which isn't surprising given that the Metacritic, Album of the Year and AnyDecentMusic lists, which aggregate ratings by critics, seem to be a little different to one another.

What does this mean? Perhaps that the media and individuals are wonderfully varied in their opinions (as they should be) and that 2012 has delivered some great good albums. Possibly it means that there is a helluva lot being released, and people haven't had the time to listen to everything as yet to make their minds up. Hang on, music is a competitive sport, right?

We are becoming increasingly aware at DiS towers that what people want from us isn't more reviews, more information (or "news" as some sites call it), more more, MORE! People want a hand to hold, and someone to whisper in their ear ideas as to what to focus their time on. We hear your screams for a refined sense of recommendation, but we want to try to deliver it without seeming like the boy who cried wolf awesome... We're working at ways to do this better (with our limited resources) in an attempt to save you time ploughing through the overwhelming slew of releases which hit the shelves each month. Basically, we're trying to turn down the volume and put quality first. This is why we've stopped running news that you probably already got from direct from the artist (or festivals) mouth or saw retweeted seconds after it was announced. This is also why we've given up on trying to fight with the PR industry for "exclusives" which for about five minutes generate traffic, before the same info or video gets republished on 3000 other music sites (some even remember to link back to the source). The traffic this sort of thing generates isn't worth the time and compromises that getting into bed with labels is worth.

We have also shied away from trying to be the first post new tracks. The game of firsties just seems like a race to the bottom and that isn't a race I want to win. People are posting tracks with no commentary, in less time than it would take to listen to it when it was published online. There's also this terrible trend of posting "_ album stream" as "news" for the sake of search engine traffic, and then when you click on it, discovering it's simply a few lines of text and a link sending you off to NPR, New York Times, The Guardian, etc. We'll leave misdirection to magicians, we know your time is precious and we don't want to waste it. I mean, it's fine a messageboard thread discussing a record or a Tweeted link or Facebook post, but how is that "news"? How is that even worth paying for someone's time posting it as news? And who is going to go back to a website when they keep creating a cynical extra loop for you to jump through in order to listen to a new album? At least it's step above certain websites that run every rumour going, without even trying to find out if there's any truth to it, alongside republished crap from the tabloids or photos from "private" funerals. And then there's the everything-that's-wrong-with-the-internet, Buzzfeed's lists of things from the 90s, but I best not get me started on that...

In an attempt to give you what you want, we've been trying out some end of the week Five-for-Friday and Weekend Listening digests of the best stuff in DiS' inbox this week, as well as a monthly Spotify playlist of what 'we' (by that I mostly mean me and some of the things I've seen people raving about on the boards). Have a listen to June's selection if you missed it. We've also been making playlists over on youtube.com/drownedinsound, which is something we plan to make more of, at some point. It seems DiS invading other music services and social networks may be the way things go, but for now, we're going to stick to reviewing records, doing round-ups and keeping our community in check, whilst spreading the best bits over on our Facebook and @drownedinsound on Twitter.

Oh, and yes, yes, YES, we are still (STILL!!!) working on our forever delayed redesign (I ran out of money to finish it, basically) but that will make a lot more of our Recommended Records section from which is you can also find the following few records that I wanted to highlight, double-underline and generally push to fore... "Much like Cut Copy’s Zonoscope, which did a fantastic restoration of Eighties electronic party music, replicating New Order and othersuch future-gazing artists, and projecting their view then of The Future (i.e. now), onto the canvas of the sounds of now, whilst knowingly harking back to then... Like a reflection of a reflection in a dressing table mirror... who doesn’t want to bathe in sumptuous synths which seem to gently bump ‘n’ grind the groove? ...the guitars twang and linger (but never outstay their welcome) ...it kind of stands there, eying you up, in a night dress... Sure, the siren's call of Drive and its ‘cool’ atmosphere, will bring a few people to this party, but this was an album that was originally 36 songs in length, cut down to just 17 tracks, which were written around the same time as some of Johnny Jewel's songs intended for Drive, but this isn’t that film soundtrack part two or the prequel or whatever. This is oh-so much more than that, both in terms of scale and ambition, as well as how it plays with time and rich textures. This is a modern masterpiece, it’s as simple as that." Read Sean Adams' full review "I love this record because it’s the exact album I was hoping M83 was going to make (just for me) last year. I love it because it’s everything School of Seven Bells' soaring debut promised, and all the things the follow-up wasn’t to be. I love it because it’s shoegaze gone a bit headlight-staring, drums-as-guns, guitars-a’blaring then guitars-gone-misty, all the while I’m a reviewer-gone-gushing-puddle-of..." - Read Sean Adams's full review "Liars don’t do much straightforwardly, so on their electro record they also manage to sneak in acoustic guitars and birdsong field recordings which add an organic warmth. There are layers and layers of sounds with new noises (and lyrics) revealing themselves only after repeated listens. Liars are electro amateurs so the sounds are often unusual... and perhaps unrepeatable as the band can’t remember how they created all of them. The project is pulled off with an integrity and passion that never feels like bandwagon jumping (and I’m not sure what kind of pagan-robot bandwagon that might be anyway). It is a refreshing, sublime, and exciting work of art." - Read J.R. Moores' full review "Van Etten spent 14 months in the studio with The National’s Aaron Dessner, picking over the bones of a shattered relationship. The resulting record, Tramp, reflects the period well – musically, it reaches new heights of richness, urgency and confidence, while lyrically it’s every bit as intense and piercing as the back story would suggest.... If Epic was a hidden treasure, Tramp feels like Sharon Van Etten’s career-defining album. It’s a wonderful record, a colossal achievement, and features some of the most breathtaking, moving and downright beautiful music you’ll hear all year." - Read Dan Cooper-Gavin's full review "Though clearly more at peace with their existence, their songs still resonate with a palpable tremor of anguish as they lie tied and bound to the rack. But silk straps now bind where once sat rough hessian, and Heaven finds The Walkmen's beautiful, sweet melancholy crystallised into what could well be their finest record to date." - Read David Edwards' full review ERRORS Have Some Faith In Magic

"...Unashamedly, undeniably, unequivocally brilliant. With Have Some Faith in Magic, Errors have out-Mogwaied Mogwai, out-Sadded The Twilight Sad. Through each of these 12 immaculately crafted slabs of grandiose sound lies mesh upon mesh of complex, interwoven melody that, like the beatific swells of album climax 'Holus Bolus', chimes with an array of emotions." - Read Billy Hamilton's full review