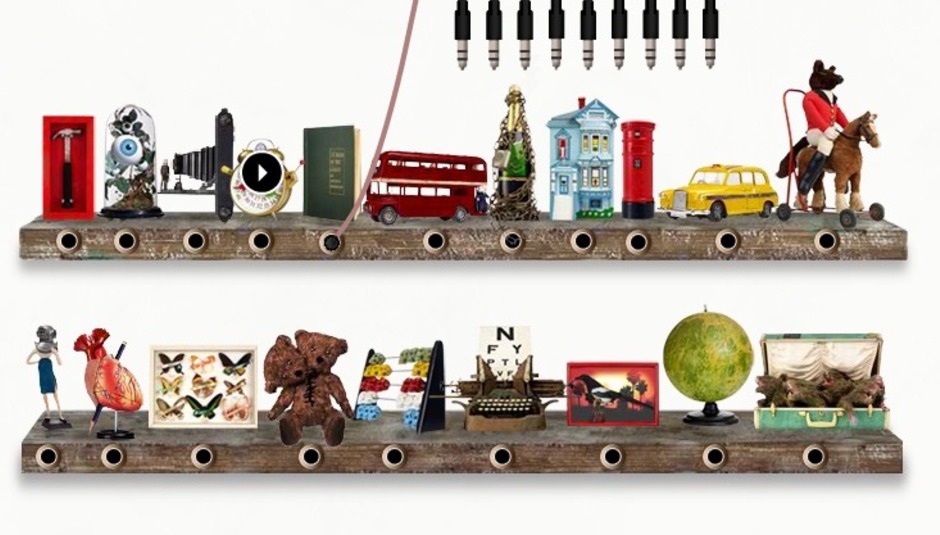 Kaiser Chiefs allow you to build your own album...

Today, Leeds' chart-bothering indie troupe Kaiser Chiefs release their brand new album, The Future Is Medieval, in a newfangled totally 'modern way'. In essence, this is the world's first bespoke album, whereby you, the fan, select ten of twenty new (Tony Visconti produced) tracks using a Crystal Maze-ish cabling system and then you design your own cover. Once you've downloaded your A&R'd version of the album you can then sell it and get a shiny pound via paypal.

DiS founder Sean Adams wot-released-their-debut-single 'Oh My God' has pick'n'mixed a version of the record. He explains:

"I don't want to say they've 'done a Radiohead'-style release but this, conceptually, is pretty astounding. It puts the fans in control and embraces the digital world by the balls, bringing in a new level of inclusion and ownership, at a time when 'value' is obviously a bit of an issue for the business of music.

Not to be overshadowed by the concept, musically it's good too - and a real step upwards and forwards and sideways by the band. I flicked through all the one minute samples and was intrigued by a lot of the textures, which seemed in places far more subtle and refined than I would usually expect from those Super Furries loving lads from Leeds. There's also a harshness to a couple of the tracks too, so I have tried to include all of this on my version of the album.

From the electronic throb of Peanut's laboratory on opener 'Heard it Break' to the harrowing closer 'If You Will Have Me' sung by drummer Nick (who sounds a little like Graham Coxon or Nicky Wire) rather than Ricky, I've tried to create a voyage through the band's new sound, whilst also keeping in a few bits of their trademark cheekiness and Futureheads-y festival fun-thuddery.

Additionally, all the quids raised from sales of this album will be put toward the restoration and development of drownedinsound, which at ten years old, is fast becoming like a church with a leaky roof.

Grab your copy now at http://www.kaiserchiefs.com/drownedinsound and then make your own.