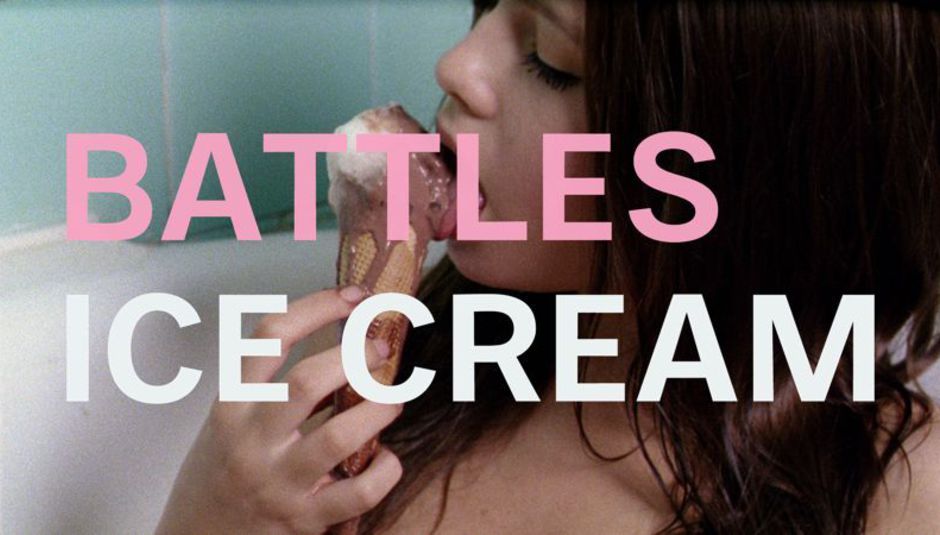 As you probably know by now, on June 6th, them Battles chaps what make mathy-spazzy-dancey-space-prog are back with a new album entitled Gloss Drop. And such is the way of the world, they - or rather the folks at Warp records - are releasing a single to market the release and they have a video to promote the single.

However, before you click play, we feel obliged warn you that this is slightly not-safe-for-work and features exploited wimmins, including one eating ice cream, in the bath, wearing just her hair (pictured above) and also skinny ladies getting covered in paint. It also probably isn't best advised to watch it if you've ever found yourself drooling and/or convulsing on the floor after seeing flashing lights. Oh, and don't watch it if you can't handle videos where the director crams in every bloody special effect possible instead of offering any narrative apart from ideas vaguely coming to a conclusion at the end...much like a Battles song, I spose.

Watch: 'And So Must We Rest' by Aidan Moffat &amp; Bill Wells (DiS exclusive)