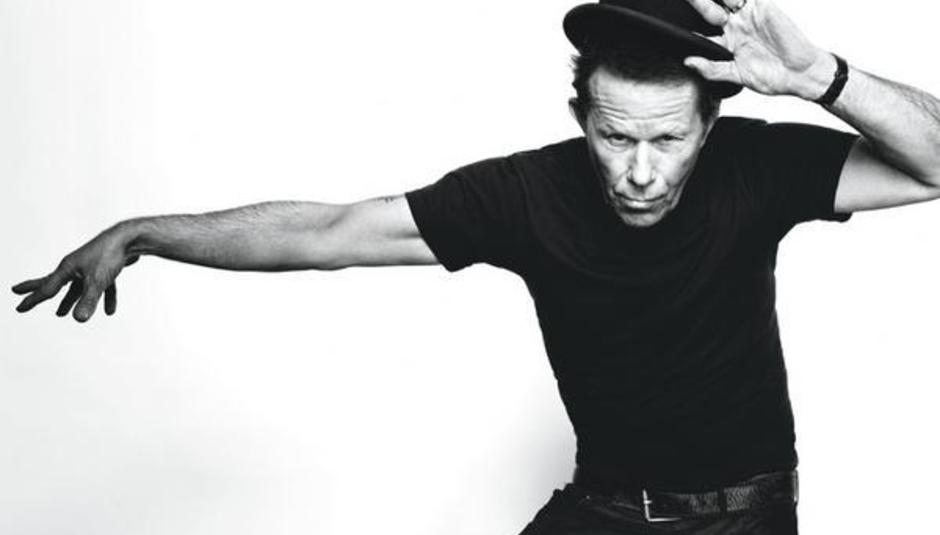 It is Friday. It is the end of a fantastic week. Here is our (well, technically my) Spotify playlist which soundtracks all of what has been on the site this week...

Tom Waits 'Martha'
If, somehow, you read DiS and have never heard Tom Waits, let this be an introduction for you. He was recently inducted into the Rock 'n Roll hall of fame in America, and his acceptance speech is a thing of wonder. The accompanying performance is frankly enough to make not just the rest of this playlist but pretty much all other music, ever, null and void. Watch it over at http://facebook.com/DrownedinSound.

Perfume Genius 'You Won't B Here'
Having said that, a world without Perfume Genius would be a very cold empty planet. Mike Hadreas's going to play the Wild Beasts show DrownedinEvents is promoting in Sheffield, amid his European tour which was announced this week.

Pixies 'Debaser'
Apologies to anyone who had gotten over their Doolittle addiction because after the second throb of the bass, it all comes flooding back like riding a tricycle at high speeds down the side of a cliff... Last night, Emmy the Great and Tim Wheeler out of Ash played a special JD Set show of Pixies covers, and they talked to us about it here.

Tom Waits 'Big In Japan'
My introduction to Tom Waits wasn't through some hand-me-down elder brother figure or from crate-digging or reading about music or whatever way people's lives are bent out of shape when Tom first walks into their lives, it was via this Punk-o-Rama compilation. Amid all the skate-punk drum fills and landfill power-chords, there was this tower of absurdity that stuck out like a beacon for the suppressed secret world that the government would rather you didn't know existed. The sort of Matrixian underbelly of society where aliens play poker with cyborgs. This is his trashcan-bashing one-man-band end of things, that ricochets at you with every creek of his being - the brashness of it is misdirection found in the outer corners of freakshows. I could go on and on...

William Shatner & Henry Rollins 'I Can't Get Behind That'
Henry Rollins is my hero. He is playing at Reading (and Leeds) this year. I will be in attendance, attempting not to tent dance. Other performances are available.

The Phantom Band 'Everybody Knows It's True'
New single out this week (covered by Wendy Roby in her weekly column about singles, here) from one of our staff and communities favourite albums of last year. We love them so much and I dunno about you but I am somewhat excited that they accepted our offer to headline the DiS curated Friday night at The Great Escape in Brighton, which takes place in May - they'll be joined by Still Corners, Team Me and Christian AIDS.

Battles 'Leyendecker'
They're back (soon!). They put up billboards. And they shared a song EXCLUSIVELY (well, firstly) with DiS this week. RD TH BTTLS NWS.

Shackleton 'Deadman'
Rory Gibb is our man who knows his womps from his Wuts' and we sent him off to Bloc Weekender. To say he was like a pig in shit, undermines quite how happy pigs are when they hear dubstep. Anyway, he did a review of the festival for us which you can read by clicking on this link. Yes, this one!.

Austra 'Beat And The Pulse'
Probably my favourite song of the year so far. It's like Matthew Dear producing Gaga or Bat for Lashes. It's got a cheekiness amid the ice-cool throb. I started a thread about my highlights of the first quarter of 2011 and after I showed mine, lots of you started showing me yours...

Ladytron 'Turn It On'
Their Best Of... got a rather great review, which is why it's sitting over there --> in the recommended section.

Jessie J 'Do It Like A Dude - Explicit Version'
MANDEM! MANDEM! SUGAR! SHOOGA! SHUGAH! I award the BBC Sound of 2011 winner a one out of ten for her debut album, and not a lot of people disagreed. It frustrates me that this song is actually not completely without merit.

Katy Perry 'California Gurls (feat. Snoop Dogg) (MSTRKRFT Main Mix)'
We took pictures of her performing live, on a stage, with her big-big eyes. Look at how big her eyes are here.

The Strokes 'Taken For A Fool'
Angles is not as bad as everyone is saying it is. Least not in the ears of DiS reviews editor Andrzej Lukowski.

Tom Waits 'Christmas Card From A Hooker In Minneapolis'
...and more!

Tom Waits 'Way Down in the Hole'
...this is the one from The Wire!

Youngteam 'Daydreamer'
Dom Gourlay nodded approvingly along to their brand of Mew/M83-ishness in his 8/10 review.

The Horrors 'Sea Within A Sea'
They're doing some shows in June. Do you reckon they'll be wearing bright colours this time around?

Friendly Fires 'Friendly Fires Bugged Out mix'
Thee weekend has landed! And so has the new Friendly Fires track. And this mix they did gives a few clues as to where the LP might be headed...

Tom Waits 'Tom Tales'
And, yeah, he isn't just a great songwriter, he's an incredible human being. Can he be my grandad?.