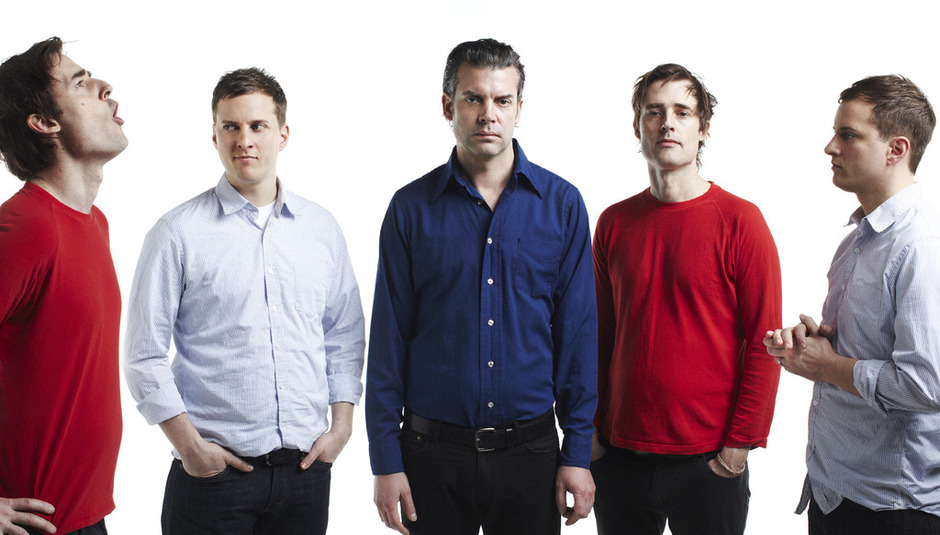 It is very much "all systems go" for our beloved Battles, as their new record Gloss Drop comes out on June 6 through Warp. It's hotly anticipated. We've got a whole host of news for you regarding that release. Firstly, we've got the artwork, which you can see below. There's also a stream of a track from the record mentioned above. It's called 'Ice Cream' and can be listened to below. Let us know what you think, eh? We've roughly tried to colour coordinate this player, the artwork and our own scheme. Quite unsuccessfully, the more eagle-eyed of you will notice.

You can also buy the track on iTunes and find out more purchasing details about the record here on Bleep.com.

Thirdly, you may have noticed a billboard around E1, London. It's (obviously) of the artwork, or the image it is derived from. A billboard with pink bubblegum-type stuff on it. Of course, you may not have noticed as well as there's only one in London. There are other ones in Austin, New York and Dubai Nairobi. Have a peek at them and guess which place is which! It's not too hard with alt tags, in fairness. The artwork was created by Dave Konopka, member of Battles and was hinted at by the Warp Twitter account. Y'know?