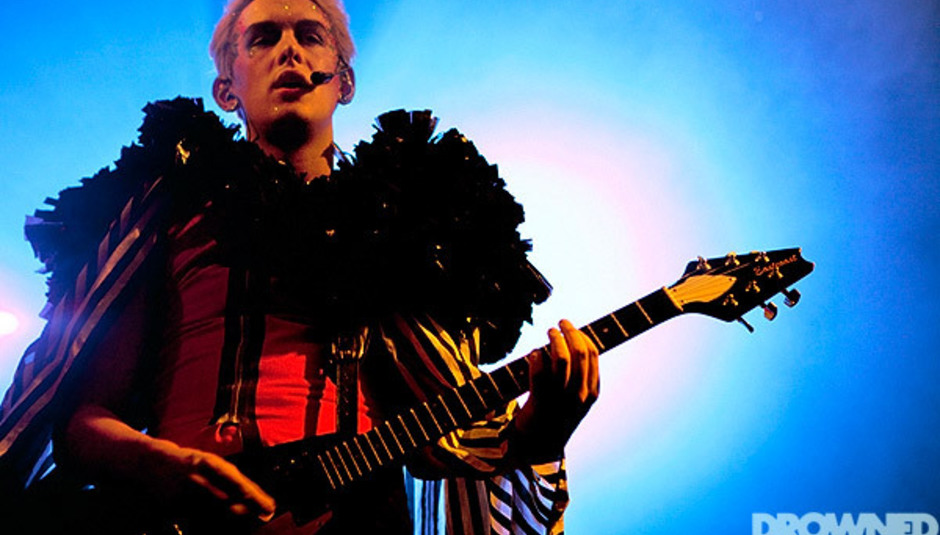 Plenty of people seemed fairly repelled by Patrick Wolf's "new" direction, which he took for last year's The Bachelor. Surprising. We actually quite liked it. The news now is that he's returning with a brand new single later in the year, in December to be precise (via FactMag).

The single is called 'Time Of My Life' and will come out in Wolf's new label - not his label... - Hideout Recordings. It's out on December 6. It's also available as a limited edition 7" and will be accompanied by a cover of Leonard Cohen's 'Anthem' and will be the first material released into the wild from Wolf's new record which comes out in Spring next year. We hope.

Wolf is on the road in the next few weeks and he recently announced a show at London's Bloomsbury Ballroom for December 7, with other dates at Cardiff's Clwb Ifor Bach on December 5 and then Guildford's Boiler Room the following day. Wolf says that the new record has a clear and direct narrative about "love and optimism". Let's hope it's a cheery one, then.