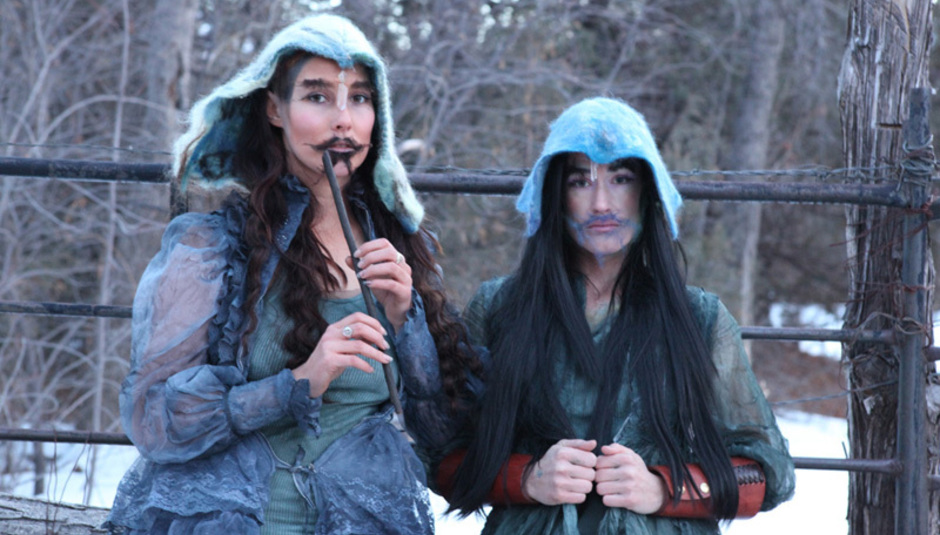 Disconcertingly strange twin-sister duo CocoRosie have announced that they've a new album in the oven, their fourth long player in total. It also happens to come with one of the most hideous album covers ever to exist, anywhere. There is seriously no expression yet invented which does it justice.

The record will be called Grey Oceans, and will be released on May 3 through [PIAS] Recordings in the UK. It's an 11-track album, of which all 11 are listed below.

And now for the bombshell. The artwork. Aside from whatever the Sam Hill they've got on their heads, the whole 'girls with facial hair' thing is a more than little worrying. Especially in blue. And the font?! The whole thing looks like a 15-year-old battle recreationist's twisted fantasy. They've done this sort of thing before, but this raises the bar a few metres. Still, let me the music do the talking, which it most likely will. They've also got a new band member, Gael Rakontondrabe, who also happens to be ajazz pianist. He started jamming with them and that over in Paris, with the first session lasting a whole five days and nights. The sisters say:

“Everything at that point was based on improvisation. The first song we recorded was God Has A Voice, She Speaks Through Me, a dance song about suicide, spiritual ecstasy and life under the veil.”

After going back on tour, they resumed recording in Buenos Aires with Nicolas Kalwill who is, they say:

“The engineer all artists dream of – very talented and always willing to patiently work with the total creative chaos in which our songwriting thrives.”

“After a year and a half of fairy toil, a couple of these new songs started to push their way into our live shows. We knew then that they were ripe and ready to be heard.”