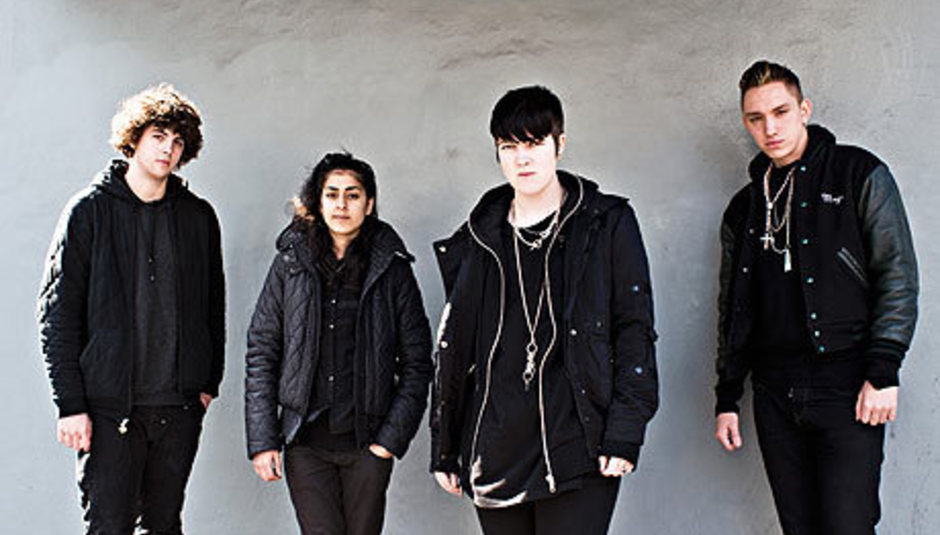 Shit. Your band gets a lots of hype, plenty of good press and becomes the year's buzz band. All good. You then play an awful lot of shows in a short space of time, having not played many before. Shit gets intense. Burnout is almost inevitable, and that appears to be exactly what's happened to British black-clad gloom-mongers The xx.

The band have announced that they've cancelled a few forthcoming shows on their current tour (affected dates below). The band will resume their mammoth tour on November 3, playing a show in Frankfurt.

The band also played a gig in London on Wednesday without their guitarist, Baria Quereshi, who was absent from the band due to exhaustion. The Quietus and Mogreported, however, that the guitarist may be taking somewhat of a hiatus, though we aren't entirely sure.

"Baria didn't perform last night after feeling exhausted from The xx's recent touring commitments. As a result, the band performed as a 3 piece in London last night and have postponed some European shows which they are hoping to reschedule. They are next due to play in Frankfurt on 3rd November."

So, looks like she could well be back for November 3. Let's hope so, in any case and good luck getting back to full power, fellows and fellettes.