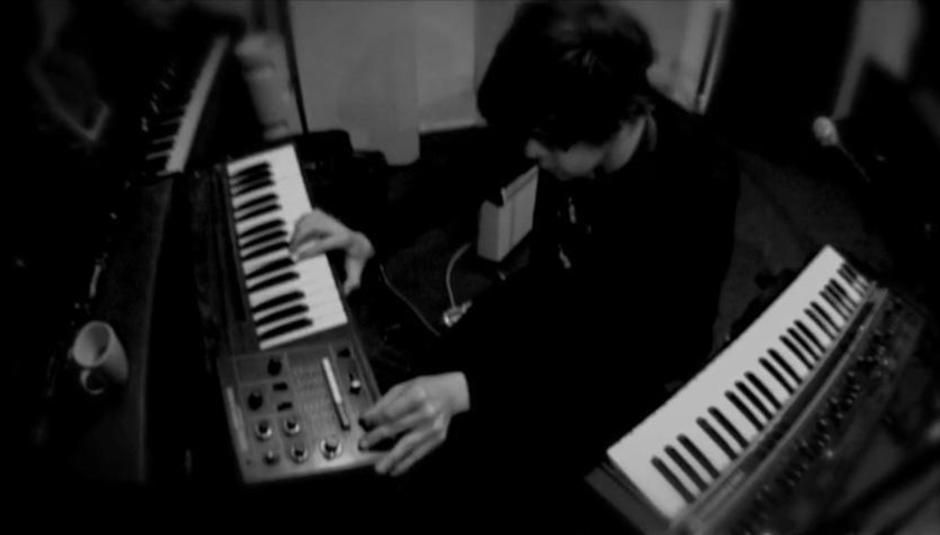 So, Geoff Barrow of Portishead is also in another band! Imagine that! Well, that band is called BEAK> (with fellow Bristolians Matt Williams and Billy Fuller) and, quite honestly, what we've heard from them so far has been nothing short of top-notch. So, good news for you (and us) is that they've made available a song for download, entirely free. How good natured!

The song in question is called 'I Know' and you can download it from here, absolutely gratis. Their self-titled record will be released October 19 through Invada, of course.

As we reported a few weeks back, the record was recorded live in one room with absolutely no overdubs with the band only using edits to create their arrangements. It was all written pretty swiftly, over 12 days in SOA's studio in Bristol.

And there was also the five minute clip/video of Beak> in the studio, performing 'Iron Action'. Watch this below, bro.