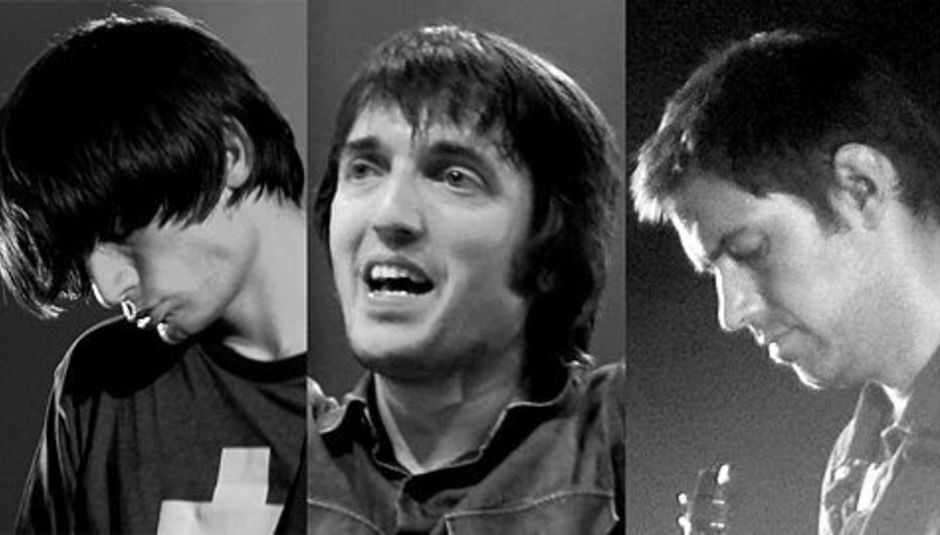 Sometime around Friday lunchtime, nerdologists the web over had finally come to the definite, definite conclusion that there was definitely, definitely a Radiohead EP entitled Wall Of Ice due out today. We can't really be bothered to repeat exactly how this conclusion was arrived at, mostly because we don't really understand ourselves, but this article by the grown-ups over at The Quietus sort of explains it all, kind of.

Anyway, long and short if you go to www.wallofice.com [EDIT: Dont!] today you do indeed get redirected to Radiohead store www.waste.uk.com [EDIT: just go here!] where you can now download... 'These Are My Twisted Words', the song that had already been leaked to the internet last week anyway, possibly by the band themselves.

THEY'VE ONLY REINVENTED THE FUTURE OF MUSIC... AGAIN!!!!!

Yeah, anyway, for now it seems matters are not as exciting as we'd hoped, but it's a fine new song and this at least puts to the sword the weird argument suggesting the track by a guitar band who sounded like Radiohead which obviously had Thom Yorke singing on it was not in fact a Radiohead song. By way of definite proof that it's not just them flogging music of some soundalikes, the following credits (along with some artwork of twisted trees) are contained within the zip file.

these are my twisted words:

written and played by radiohead. recorded and put together by nigel godrich. tracing paper images by donwood and tchock. additional engineering by drew brown. technology maintained by plank.

Wall Of Ice watchers may take some solace in the fact that given this is the band's second official release in three weeks following 'Harry Patch (In Memory Of)', it's really not too much of a stretch to suppose something may still be cookin' in a pre-Reading/Leeds headline slot stylee. Look to the nerds, for they will tell us all.

EDIT! If you go to www.wallofice.com now, then a very angry man seems to have left a message accusing people with websites of publishing lies about Radiohead to get hits. Or, um, something. We're quite confused, as, we suspect, is the proprietor of www.wallofice.com. EDIT EDIT! Er, so it appears there's a glitchy instrumental song that sounds not unlike Radiohead embedded within the code of the site - checkit at www.wallofice.com/btw.mp3 (cheers vonmusic). If it's not abundantly clear, we really have no idea what is going on here. EDIT EDIT EDIT! BTW has gone now. You weren't missing a whole bunch, tbh.