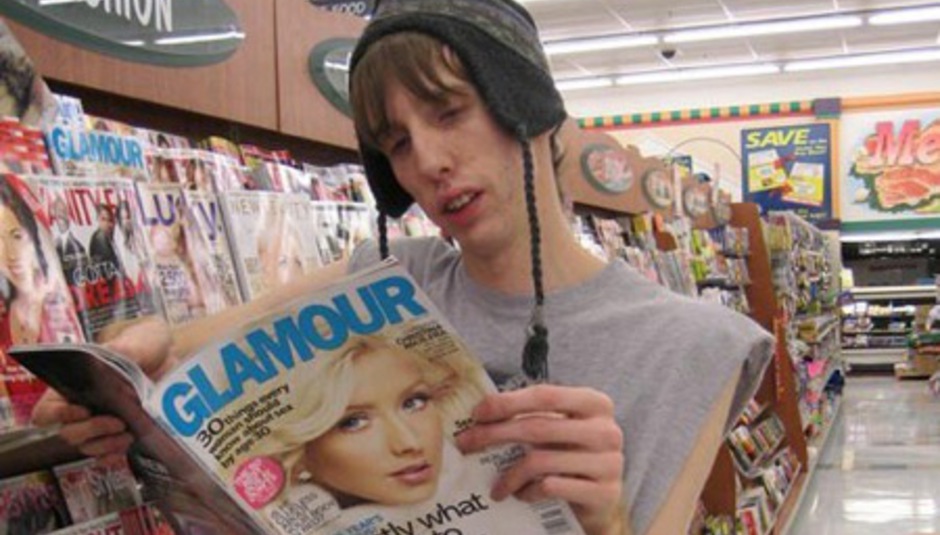 The story so far:

Last year the man, the legend, Bradford Cox took it upon himself to have a massive freakout when the second album from his Atlas Sound semi-ambient solo project got leaked across the internet after an, er, 'enterprising' Radiohead nerd hacked into Cox's Mediafire account and whacked the demos for Logos up on ateaseweb.com.

Commented Cox at the time:

Whoever posted this: YOU ARE FUCKED. I don't believe you. I can't understand how you go on living.

Fuck this shit. I can just make another album. It's not finished and now it never will be. It was also going to have a rad cover. i would describe it to you but that would be stupid... this record was not free to record, so if you'd like to pay for hearing it send a paypal donation to lastdeerhunteronearth@yahoo.com. I am not a fucking opportunist so don't think I expect it.

Before proceeding to delete the whole shebang, later apologising to the handful of obsessives who actually paid him and offering refunds to all.

Since then Logos has only existed in myths, rumour, and an underlying general expectation that it'd probably come out anyway as that's what happened to the similarly leaked Weird Era Cont. Plus frankly Cox has certain standards of profligacy to maintain, and with just Deerhunter's Rainwater Cassette Exchange and two million or so free downloads out in '09 so far, quotas were in danger of being missed.

Anyway, enough mithering: Logos comes out in Oct 20 on Kranky in the US, meaning it'll probably be along Oct 19 on 4AD in the UK. Dunno. Think the UK PR is on holiday this week. So yeah, tracklisting runs thusly:

...and basically we can confidently predict it'll be unspeakably awesome. Of particular note is track eight: the early 'Quick Canal' was probably the best thing Cox has ever done, and her out of Stereolab would seem the perfect icing on the cherry to its chic European swooshing. Though ominously the press release now implies it may no longer be 15 minutes long. Tsk. Also Panda Bear will be doing a guest honk or something on 'Walkabout', a collaboration based on a sample of 'What Am I Going to Do?' by the Dovers.

In other sections of the release, Cox describes Logos as less inbtrospective than predecessor Let The Blind Lead Those Who Can See But Cannot Feel, and apologises for his big old freakout. That's okay Bradford, we love you. Tell you what we think about it when it leaks, yeah?