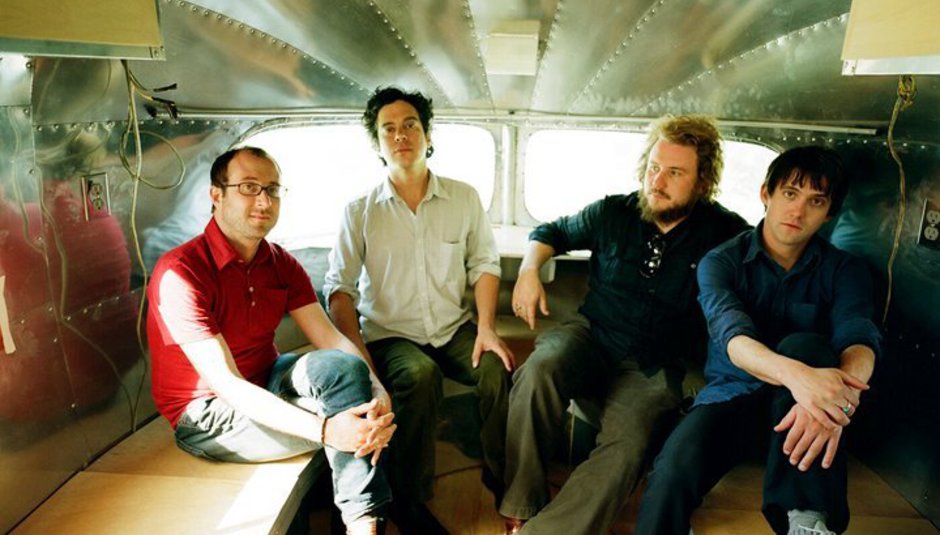 Yes, the rumours are TRUE. M.Ward, Conor Oberst, Mike Mogis and Jim James have all clubbed together to make an album. Their band: Monsters Of Folk, their album: Monsters Of Folk. Like Monsters of Rock y'see, but replacing one genre for another.

The awesome foursome had played together, toured together and, heck, maybe even slept together back in 2004. They then went their own separate ways, but eventually got round to recording this.

The record was recorded in Malibu, CA and Omaha, NE (both America) and, naturally was produced by Mr Mogis.

What with all these creative guys in one place, riffin', sharing ideas and such, one wonders how they've not come up with a better name. Well, never mind, let us folkies celebrate the news anyway.

Monsters Of Folk will be released on September 22 through Rough Trade. We can only hope for a full tour.