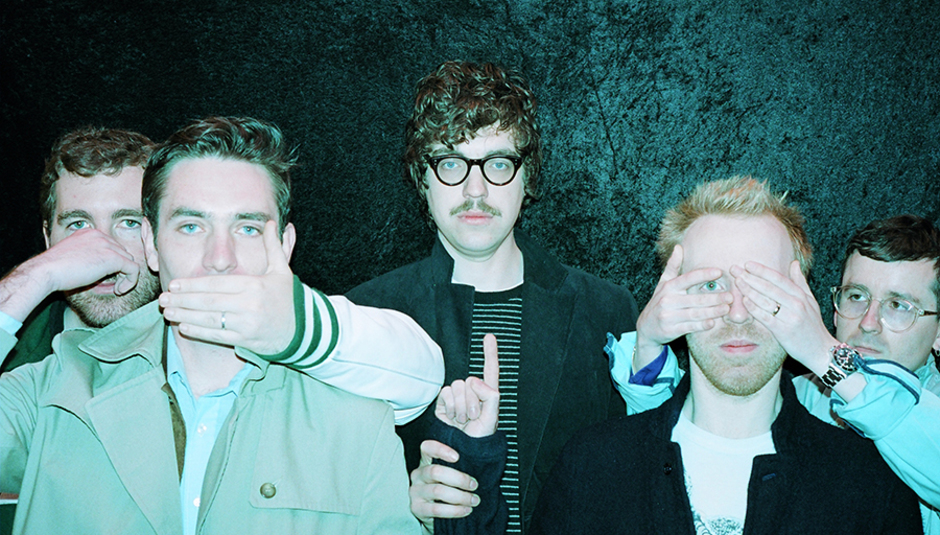 Hot Chip have teamed up with 5 Gum and VICE magazine to find a new up-and-coming creative talent to perform alongside them at Creative Sense5, a cross-disciplinary event to be held at The Arches, London, on 4th June.

Rob Sharp caught up with Joe Goddard from Hot Chip to find out more.

DiS: Why are you involved in Creating Sense5?

How's your relationship with EMI?

Joe: Our label is in a weird place. All the people we used to work with at EMI don't work there any more. We don’t really have much contact with the label. There are new people assigned to work with us, which came during the period that we started working on the new record. We have had no reason to deal with the label. We will speak with them a lot more when we are releasing the next record. We are happy like that. Even with our previous A&R guy we gave him the tracks and he would make suggestions and then we'd be on our own. We are self-contained really and happy like that. It’s five of us and an engineer in a cheap studio working on things and experimenting.

What are you listening to at the moment?

Joe: I like a lot of the UK dance music, especially dubstep, Benga, there's a brilliant Dutch producer called Martyn who's got a great album called Great Lengths. Dubstep and techno are a fertile breeding ground for interesting and unusual music. I like Peverlist from Bristol, stuff that relates to early UK garage which is one of my great passions and loves. More generally I think the Animal Collective album is really fresh, though I know everyone has been raving about that. Apart from that Alexis and I listen to a lot of old music. Al Green, Swamp Dog are strong influences.

Who are you currently working with and how do you get on?

Joe: We're working with Kano. It's going to be exciting, though I've never met him. Hip hop is close to my heart. When I was 12 or 13 I grew up listening to the Wu-Tang Clan and Souls of Mischief. I'd love to try to recreate some of the things that made them great. We're also working with Little Boots, she's come round to my studio and I've met her after gigs in Brixton and stuff. I do want to meet with Kano and get to know him. It's the way of the world. You're too busy to do anything but answer emails.

Are you going to produce much more?

Joe: It's my first love. When I listen to records I listen to the production. I admire the auteur producers, Brian Wilson, Timbaland, the kind of people who craft sonic worlds. It also means I can stay in London and not move around the world. I don't want to come across like I'm ungrateful but I do want to have a studio and produce people.

You've said you're going to be taking inspiration from Womack and Womack and Crystal Waters for your next album. Where did that come from?

Joe: The idea I was trying to grasp for was that we are trying to write pop records that have longevity. It's a rare thing, to have a pop record that sounds great and is one of those gems that sticks around for 20 years afterwards. That's a wonderful thing. I was talking about longevity. Those are the records you need. Just look at Neil Young. He has this canon of songs that are covered by everyone. They are these wonderful works that are set in stone which stand test of time, that melodically sound beautiful 40 years after they have been written. Of course we are nothing like him really. We are just trying to craft pop music. It's the same with that Crystal Waters' track "Gypsy Woman" (She’s Homeless). It’s about creating those earworms... they don’t necessarily hit you over the head initially, but they just last. I don’t know how you aim to do that. And you can only tell whether you've done it over time.

The Creative Sense5 event takes place on Thursday for the launch of 5 gum. Hot Chip will be previewing some of their new material and performing with a very special guest. They’ve curated the night and chosen Noze and Planningtorock to perform on the night.

Additionally Creating Sense5 ran a competition with Hot Chip to find a new music act to support them. They chose Penny Serenade, an electro folk band from South London.

To win a pair of tickets to the event, simply leave a comment below telling us who you would have picked to support Hot Chip. DiS' Editor will pick the most inventive answer and send a note to the winner on Thursday morning.