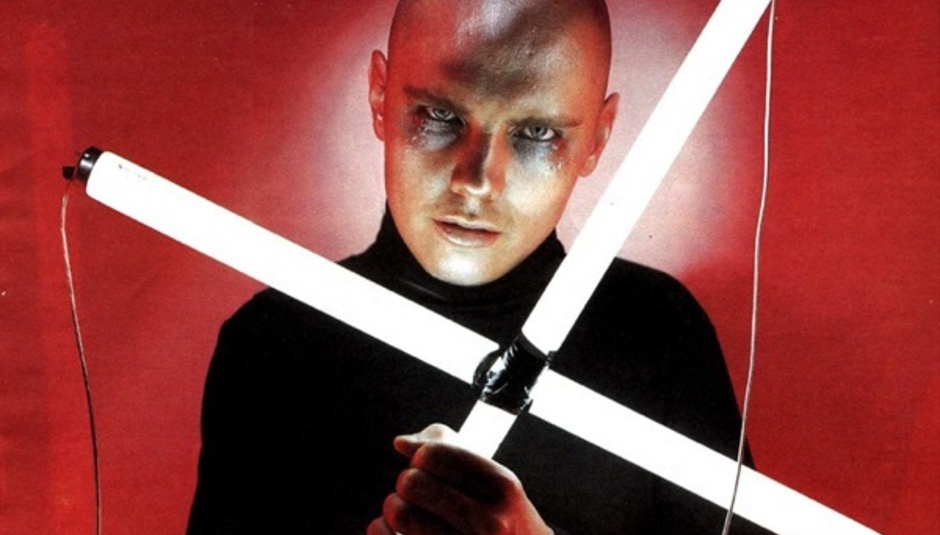 News, news and more news, all heaped together in a gravity defying heap...

Stuart Murdoch has announced a new 'project' called God Help The Girl. However, it's neither a solo record nor a B&S album. Instead it's filled with guest vocalists including members of the Divine Comedy and Smoosh.

The album's first single, 'Come Monday Night' is out on May 11th and it can be heard at godhelpthegirl.com. The album, also called God Help the Girl, will be released by Rough Trade on 24 June. (more via Guardian.co.uk)

Wot, you didn't know they're headlining Brixton Academy? Which cave have you been laying dead in? And if, by some miracle, you have just come back to life, get your tickets here.

Amongst the furore you might not have caught wind of the news that they've also been added to the Green Man festival bill. Roky Erickson, founder of psychedelic blues trailblazers The 13th Floor Elevators, Idjut Boys and DJhistory – aka Bill Brewster and Frank Broughton, Lowlife organisers and authors of Last Night A DJ Saved My Life - have also joined the festival's bill, which already features the likes of Wilco, Andrew Bird, Bon Iver, British Sea Power, Beach House, Grizzly Bear, etc. For more info visit thegreenmanfestival.co.uk

A second Ladies and Gentlemen We Are Floating In Space Barbican show has been announced for December. The list of ATP: Don't Look Back dates now looks like this:

Tickets are on sale now at barbican.org.uk

Ms. Love seemed to be crying wolf (in a barely coherent style on her blog, Twitter, etc) but now her lawyer is speaking with some serious sounding digits.

Love's lawyer Rhonda J Holmes told the New York Post: "I have never seen such greed and moral turpitude. This case is going to make Bernard Madoff look warm and fuzzy. We will be filing civil cases ... within the next 30 days. There are many, many millions missing. We've only been able to track down $30 million, but there is more. And then there is the real estate. There is now a web of homes which were bought, flipped and used to launder money - up to $500 million worth."

She continued: "Courtney noticed the money was gone when there wasn't any left. It's no secret she struggled with substance-abuse issues, but in the last year she's taken a more serious approach to sobriety and started noticing things were wrong. She hired private investigators, accountants and me. When Mr. Cobain died in 1994, he left his enormously wealthy estate behind for the benefit of his mother, two sisters, a brother, his wife and young daughter. Many of those [involved with] the estate's coffers mismanaged, stole and outright looted it shamelessly."

The voice-of-the-babyboomers shared his Obama-related expectations with Newsweek: "He'll be the best president he can be. Most of those guys come into office with the best of intentions and leave as beaten men. Johnson would be a good example of that... Nixon, Clinton in a way, Truman, all the rest of them going back. You know, it's like they all fly too close to the sun and get burned."

The winners will be revealed at a ceremony at IndigO2 in London on 15 June. Performances on the night will come from Trivium, Amon Amarth, Devildriver, Saxon and special guests Anvil.

Awards on the night include Best Album, Riff Lord and, of course, the Golden God Award. Here are the nominations for the eight fan-voted categories:

Us either.... If you know who more than about six of these bands are, we suggest you read thrashhits.com (the site's editor pictured above).

A bit like Glastonbury does, Sigur Ros are taking a year off to focus on families and other projects. Sigur front-man Jón Þór Birgisson (aka Jonsi) has revealed further album details for their project Riceboy Sleeps. Coming atcha on July 20th in UK/Europe via Parlophone, this self-titled 68-minute, nine-track instrumental - yep, that means no woooh-weeee-woooooooooooooo vocals - features primarily acoustic instruments plus strings from Amiina, as well as the Kopavogsdaetur choir. According to the press release these recordings were "then endlessly toyed with on solar-powered laptops in a raw food commune in some far corner of Hawaii."

RiceboySleeps.com features videos for the tracks 'All the Big Trees' and 'Daníell in the Sea'. Here's the latter:

PSB will not be changing the name, despite this letter from Peta's special projects manager Yvonne Taylor:

"Dear Neil and Chris, You have many loyal fans of the Pet Shop Boys here at PETA. We have a request that may at first seem bizarre, but we hope that after considering the following facts, you will understand why we are asking this of you: will you please consider changing your name from the Pet Shop Boys to the Rescue Shelter Boys?"

Wut? Not The PETA Shop Boys?

Keeping things PETA, Billy and Jimmy, who clearly condone cruelty to fruit and vegetables, do not think chickens should be treated so badly. Speaking from their megaphone atop a high horse, chrome-dome and the drum god don't like the cut of KFC's giblets and would like you to sign the PETA petition here.

Meanwhile, Billy Corgan has gone off on one again and written a (cringey) 2000 word blog here. This is our favourite bit:

"I appreciate that for many fans, the public part of my musical journey has often been quite confusing. I've tried to explain many times in both public and private venues that it's really not so different than a character on tv who embodies the role they are in. I don't think there is anything inauthentic about my play-acting within those created personas (zero, the whyte spider, the sad guy, the vampyre, etc) and acting them out on the grand stage in front of the glare of whoever cares. That to me IS what rock and roll is about. But many lack the sophistication to appreciate that just because I play a baby-faced killa upon the darkened stage that it doesn't come close to who I really am. I would point very gently to the diversity and complexity of my artistic work to give you some sense of who Billy Corgan really is (that is a joking 3rd person by the way). Part-alien, part-human, part-robot, part-star-crossed lover and part-mercury filled apparently if one was to read the songs in that way. I am a sensitive soul and I make no apologies for that. As Popeye said, "I yam who I yam". Or in my case maybe it's 'I am who I ain't.' " DiS ♥ Stevie Nicks. The sixty year old rock legend said some amazing things in the past week, including:

RE: Lindsay Lohan rumoured to be playing her in her [not-very-imminent] biopic

"Over my dead body. She needs to stop doing drugs and get a grip. Then maybe we’ll talk." from New York Times

""You have to pay your dues to be a real rock star. It's different in that Britney did not join a band when she was 18 and practice every day for five hours Monday through Friday and then play gigs Friday, Saturday and Sunday."

"Botox is becoming the new face of beauty and it's unfortunate because it makes everybody look like Satan's children! Everybody has pointed eyebrows. Everybody looks related. All the Desperate Housewives look like sisters...

You'd have to tie me down to get me to do it again. I looked like a different person. It almost brought down the whole production of the last tour. It was so bad," she says. "I would look into the mirror and burst into tears.

Fleetwood Mac are rumoured to be on the bill for this year's Glastonbury Festival as part of their Unleashed: Hits Tour 2009.

Their Rick Rubin-produced album Music For Men is due for release on 22nd June. The first single from it, 'Heavy Cross', will precede the LP on 15th June.

Ditto recently got 'em out again for the launch issue of Love magazine. This was the sort of 'arty' picture the 'spread' included: Eminem has a new single called 'We Made You'. It sucks. However, the video is rather LOLZ: