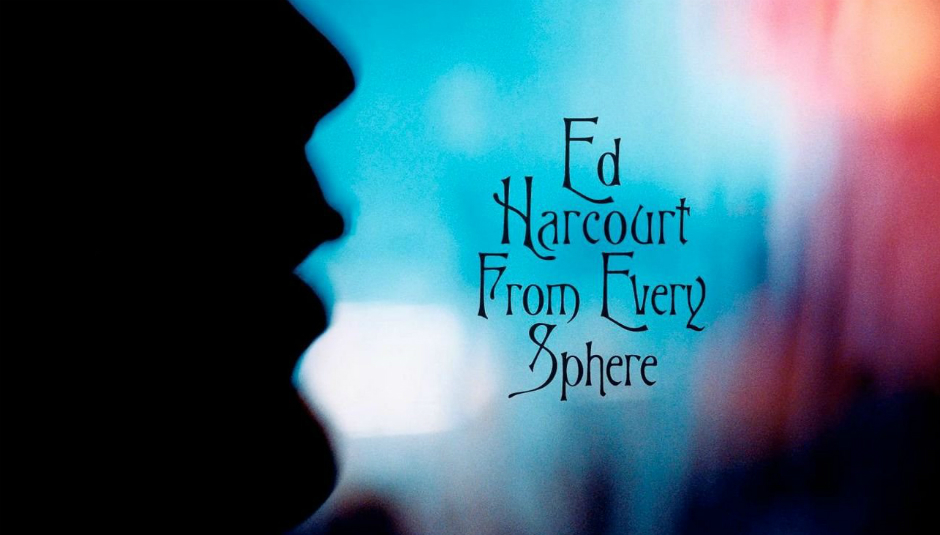 Sometimes even now, at the age of 31, I think about a boy called Leighton, and I wonder if he ever thinks about me. Leighton and I developed a tender teenage friendship that saw me singing him ‘A Case of You’ in the music room after hours, and him burning me copies of his favourite albums, awkwardly passing them to me in some quiet corridor where I could shove them into my backpack before crowing friends gathered. Leighton and I may have lost touch, but I still have those CDs with his scrawling magic marker reading ‘For Annie’, along with the artist name and album title. And it's with these that he introduced me to music that would change my life.

Through him, I first heard Joan as Policewoman, Joanna Newsom and Ed Harcourt, as well as lesser-known Elliott Smith and Jeff Buckley songs. I’d rush home, up the hill from the train station, desperate to drop these CDs into the gigantic family computer, which hissed and whirred as if it knew these were bootleg copies that it really shouldn’t play. I listened to them from start to finish, many times over, while Leighton and I feverishly chatted on MSN Messenger, sharing what we thought were poetic observations about some line or other, a chord progression, or how these songs made us feel.

The album I remember most clearly is From Every Sphere by Ed Harcourt. As soon as it started playing, I felt like I’d stepped into another world. Harcourt was only 26 when he made it, but to me he seemed much older, an unknowable and very sexy alien. The songs are scratchy, distorted, throbbing, and heady. His voice is a little angry, full of lust, at the same time languorous and frantic. He builds a universe of sounds that make you feel like you’re trapped in a treehouse in a Tim Burton film; everything creaks and you feel like the floor might give way at any moment, but you’re intoxicated and you definitely don’t want to leave.

There are two main types of song on From Every Sphere: soft, sweet piano ballads that sound, in the least creepy way possible, like sensual lullabies, and distorted, delightfully dark, thumping rock songs. ‘Metaphorically Yours’ sits in the former camp and, listening back now, it’s no wonder it held such fascination for teenage us; lyrics like “With you I´m never bored / Yes ma'am, you strike a chord / That makes me shiver and mumble / I´m chomping at the bit / I need my daily fix / Or my whole world will crumble” articulate a confused adolescent desire like we never could.

But it’s still ‘Ghostwriter’ that gets me. It’s so deliciously naughty, suggestive and surreal: it kicks off with “Hey, what’s that sound in the bathroom? / They’re the voices in my head”, and goes on to assert that “Days are dropping like a ripe tomato / Baby, I’ve grown into a different man”. You kind of feel like you’re listening to the inner monologue of a mad person, and it’s a real turn-on.

Shortly after my obsession with this album began, Harcourt played a show in Birmingham that some friends and I went to. It must have been one of my first ever proper gigs, and the sense of freedom was unreal – to leave home, get on a train, find the venue, get into the venue, get served, breathe the same air as this person whose voice had been fed on a loop into my ears for weeks. I was transfixed by him at his piano, hair over his face, full suit on, drinking wine, holding the room.

Fast forward a decade to 2013 and I found myself playing at an album launch at the Paradise by Way of Kensal Green, a few years after moving to London. A friend of a friend of a friend had made a record, and they needed a few support acts to come along and tee up the main event. I arrived and was told that Ed Harcourt had produced this person’s album, and would be playing that night. In fact, I’d be playing right before him. Shit. Shit, shit, shit. I went to the ladies to take a moment: what was I going to say? Was I going to say anything? What if I forgot all the words? What if he hated my songs? How in fuck’s good name had this happened?

I played, and it was fine. He played, and it was special. I’d taken a load of copies of my EP with me, burnt at home and branded in magic marker, tucked inside a brown cardboard sleeve that I’d painstakingly written the track listings on, one by one. Before the main act started, I found myself standing next to Harcourt at the bar. He said something about my set – I genuinely can’t remember what, it could have been that he thought it was dreadful – but I thrust a copy of my EP on him regardless. He thanked me and tucked it away in his pocket. There seemed to me some wonderful symmetry with how I’d come to hear him for the first time, and I thought of Leighton, and I smiled.