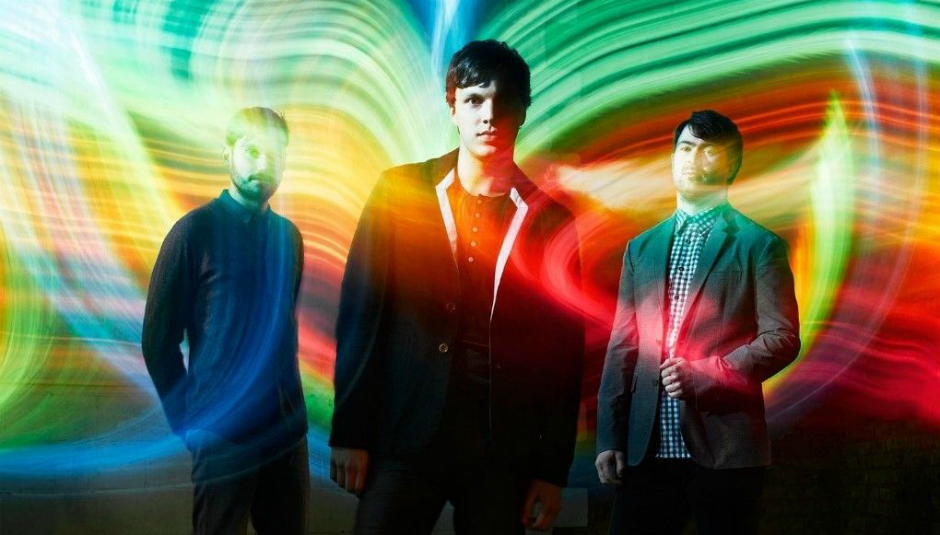 The world is very different place to what it was when Friendly Fires last released music, nearly seven years ago. The band rode in on the last wave of indie dance-rock in the 2000s, at one of the last points when mainstream success felt like a serious goal for a young band. And with a tight debut album, stuffed with potential singles, they seemed likely to succeed. Then, after a weaker but underrated follow-up record, the band disappeared without explanation.

There was talk of radically different new album, produced with Andrew Weatherall, and creative difficulties with writing but other than a few snippets of information, they went silent. Chances of the band releasing a third album started to feel as likely as them disappearing forever, which makes their return seem all the more strange. Strange because they sound as if they’ve never left

At a packed Brixton Academy, Friendly Fires act as if no time has passed at all when they launch into a nimble, exhilarating 1-2 of ‘Lovesick’ and ‘Jump in the Pool’ to start their comeback show. It helps that the formula still works; a melding together of 80s dance grooves and soaring stadium-sized choruses, and that Ed Macfarlane’s notorious snake-hips are in full-swing immediately. Even with the new songs they debut, it’s hard to work out why Friendly Fires went away for so long. It’s also hard to work out exactly why they needed seven years to come back with new material.

The three songs they do showcase from their upcoming record, presented without fanfare or introduction, are good but slightly predictable. ‘Love Like Waves’, the album’s single, is the best of bunch, adding a light Balearic House influence that ironically would have made it a perfect single for 2014. The other songs, ‘Can’t Wait Forever’ and ‘Tijuana’, are heavily indebted to the 80s pop grooves of Wham. Only time will tell if they turn into fan-favourites but against the band’s earlier highlights, they seem to lack a little bit of pizzazz. Although, the cavernous sound of Brixton Academy does not make it a kind venue to debut new material in.

The new songs are mainly a sideshow though to what fans really wanted and the band duly delivered a joyful nostalgia trip for the rest of the set. Tracks from the first album provide the obvious highlights, particularly with an emotional performance of ‘Paris’, but Pala songs are well-represented and well-received by fans. In fact, ‘Hurting’ is a surprise highlight of the evening and inspires some of Macfarlane’s slipperiest dance moves. By the end of the night, he’s so exhausted that he’s barely able to express his gratitude to the crowd.

There may have been few surprises in this performance but it’s fair to say that after a frenzied, euphoric rendition of ‘Kiss of Life’ closes the night, Friendly Fires have successfully stuck the landing. The question of what exactly kept them away for so long remains unanswered but for most fans, that won’t matter. Everything that originally made this band great is still here. They have stayed intensely passionate and energetic, sometimes to a fault, and have remained as one of the most reliably entertaining bands in indie-rock.

What is unclear is where exactly Friendly Fires fit in the modern world. Their sound hasn’t dated badly, arguably because they already borrowed heavily from the 80s, but while more of the same will satisfy hardcore fans, it’s hard to see how the band can rebuild their career without a significant change in their music. However, last night’s show was about hitting the restart button on a career that has floundered for half a decade and in this sense, it succeeded with ease. Friendly Fires sought to transport their fans back to the summers of 2009 and 2011, taking many of them back to their teenage years, and judging by the atmosphere in the room, they delivered.

Wye Oak's Track By Track Guide to The...

"You don’t need to be political in or...