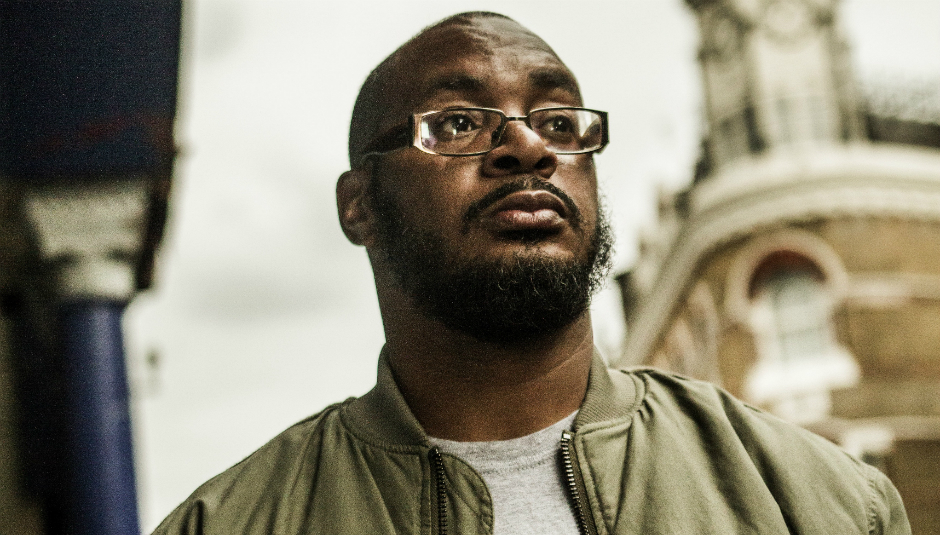 Ty's Track By Track Guide to A Work Of Heart

Ty's Track By Track Guide to A Work Of Heart

The "real mayor of Brixton", AKA acclaimed and respected rapper/producer Ty, has returned with his fifth album A Work Of Heart. Produced predominantly by himself, this is a proper artist album that elevates the genre in an ambitiously artistic manner, akin to Kendrick Lamar and Kanye West.

The crisp and bouncy production is suffused with flavour-filled samples, live instrumentation, and a heady, atmosphere, whilst clever, vivid lyrics are delivered with a grown-man hip hop finesse and honest, bullshit-free directness. With wit, subtlety, and humour Ty tackles subjects ranging from Brixton, depression, poverty, racism, family, and the creative process to philosophical musings on life and even imagined film soundtracks.

We sat down with Ty to get the lowdown on the inspiration behind each track.

The simplest beat on the album. Just me on an MPC, with added organ bass notes. It’s a floaty little number that hints at what’s to come,

When making this I got carried away, and I went into another place - really connecting with its creation. The music and rapping are one – totally synergised. It includes a verse on what hip hop is - scene setting and capturing the live/DJ hip-hop ethos - the crowd roars in reaction to the DJ. This is one of the album’s most lyrical moments. It’s the sound of someone restoring faith in themselves - a mantra.

It’s also a very positive track personally, as it features a voice that inspires me - Umar Bin Hassan from The Last Poets - one of my all-time favourite MCs.

This is the opposite of a hip-hop postcode war; it’s a celebration of coming from somewhere. I sat outside the Ritzy Cinema in Windrush Square for a long time just watching Brixton. I was finding a way to colour the track, like when a painter sits in a spot with an easel and captures a scene or a landscape. I want to upgrade the view of hip-hop – to me it is art.

A Work Of Heart

This one was produced by Urban Monk. It'ss a mammoth lyrical exercise in rapping inside a beat, rather than over it. Lyrical references are all over the place, from Ming The Merciless to Penelope Pitstop. This is really an avalanche of lyrics fitted into one song, with an acute timing which makes it work. A special offering within my usual music.

I wanted to evoke a melancholy, nostalgic mood and the bass clarinet really helped achieve this. Lyrically I was emotionally vomiting; sometimes I don’t feel like carrying on, trapped in the system. It’s a struggle in the world today, but I stand for more than just myself - “I bang the drum for many”.

It’s a "pushing on" record - documenting, not bemoaning. It’s a moment of silent reflection and refocusing. It’s that “you gotta get out of bed” record.

No Place To Run

Featuring Julie Dexter expressing how she sees the world as a mother and a woman. You can hear a reggae, lovers, and a soulful jazz voice. A Caribbean voice. Jason Yard did the horns and arrangement, with a nod to jazz.

This track has choir type movement and is a tribute. I was a recipient of family sacrifice. As the narrator, I’m looking from an aerial view, but over a longer time period.

It’s a time-piece track and it’s not meant to be a single, more a timeless museum piece. It’s this album’s equivalent of ‘Music 2 Fly 2’ and I’m very proud of it. This song features Lasharvu Ladonna, Sharlene Hector, and Vula Malinga.

This is like a freestyle record - it’s all about the flow. Featuring Phil Harper on drums, it’s his version of "give the drummer some". The musicians are of equal importance on this record as the MC. Wayne Francis from the killer band United Vibrations provides the flute.

This has a mid-80s, early 90s feel, especially in the drumming. It’s about rapping in the moment. I like how the lyrics fit this song - they feel like they’re running alongside the train that is the beat. The chorus is actually taken from another song lyric from a previous album. I’ll leave you all to find what song – that’s your homework. Clue: it’s off A Special Kind Of Fool.

It’s about different perspectives; the chorus says it all: “Your truth is not mine and my truth is not yours”.

Some things are too complicated to be simplified, and vice versa. In the world I occupy, no one can see everybody’s’ point of view, or understand every version of what it feels like to live on planet earth right now. It’s impossible. J.R Robinson joins me on this one - a guest artist from across the pond.

A funky record - a vibe. Kinda playing off Carol Carpenter’s 'Raindrops Keep Falling On My Head'. The beat is sluggish, but different.

This one was produced by Sensible J and features Remi - both from Melbourne in Australia. NFA Jones also guests and I’m on the chorus.

I like how this record shows the importance of having different voices and tones. Everybody has a style on this record. It’s a real family affair.

As The Smoke Clears:

I started a Facebook group for producers called The Beat Inn, which blew up! Members share samples for people to use. The producer Tall Black Guy got noticed within the group by Gilles Peterson and also by me, so I got him on the track.

The concept and challenge I set myself was to pick two films and create lyrics for certain scenes. Verse 1 is about a scene from Paul Haggis’ Crash and verse two is about the rape scene from Tyler Perry’s For Coloured Girls. Malik MD7 comes in heavy on the third verse, with a scenario that’s all too familiar, about regret and not listening to someone’s else needs.

A Work Of Heart is out now via Jazz re:freshed Records. For more information about Ty, including forthcoming tour dates, please visit his official website.

The Fangasm: Alas, I Cannot Swim by L...