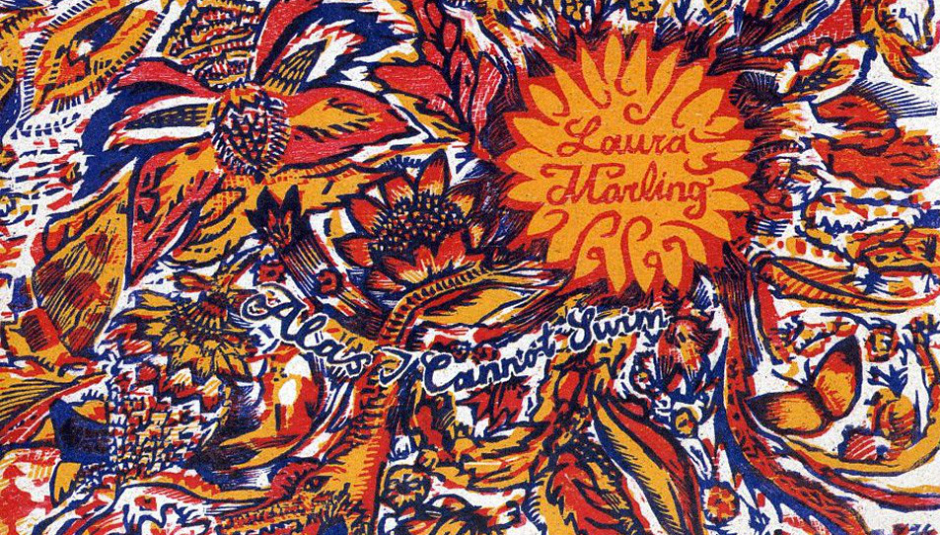 The Fangasm: Alas, I Cannot Swim by Laura Marling

The Fangasm: Alas, I Cannot Swim by Laura Marling

Earlier this year, one of my favourite albums reached its ten-year milestone of existence. Alas, I Cannot Swim by Laura Marling came out when I was 14, one of the very first records I’d listened to which really resonated with me. The album, written by Marling when she was 17, is almost the definition of teenage angst, and at points, the record could be seen as affected. However, it should be celebrated for its mature and very human understanding of the mind; Marling’s ability to express and empathise with an unfathomable palette of emotions is uncanny.

One of the key figures in the nu-folk movement of the mid to late-noughties, Marling’s music struck me at the time as totally refreshing, a completely different breed of artist to the other music I’d been listening to. Maybe it’s worth mentioning at this point that most of what I’d listened to before the year 2007 was over-produced chart music, but I think the thought remains valid. Laura Marling suddenly materialised in a world where almost every other song was about sex, heartbreak, drinking, and falling in love, and her lyrics were frank, powerful and simultaneously vulnerable. I think sometimes when you’re 14 (or older), you need an album like this one, one that describes a world where not everything is okay; when you’re a teenager, sometimes you need to hear that other people have also felt the way you are feeling.

The first time I heard ‘Ghosts’ by Laura Marling, I was sitting in my bedroom and listening to the radio, and I remember the song having such a profound effect on me that I printed the lyrics off the internet and cut them up to stick on my headboard (yes, I was that kind of teenager). I loved the jaded, matter-of-fact tone of her songwriting in lines like: “Lover please do not fall to your knees / It’s not like I believe in everlasting love”. Perhaps they’re self-indulgent, but I found them refreshing in their frankness. In comparison to other music being made at the time, I thought this admission to be both curious and revolutionary.

I still find it hard to get my head around how young Marling was when she wrote this album, as its incredible insights are deeply intertwined with moments of my own life. I associate it with all kinds of key memories, and I love how this album exists inside its own kind of world, which is never explained but easily accessible through Marling’s descriptive, open-book songwriting.

Alas I Cannot Swim swings between real life and freewheeling fantasy with ease. Songs such as ‘Old Stone’, ‘My Manic and I’, and ‘Night Terror’ glide into cartoon-like settings, their occasionally frantic lyrical content sometimes making better sense within these other-worldly contexts. ‘My Manic and I’ was one track which I found particularly hard to get my head around when I was younger, as the words felt too literal and unbelievable. But I’ve come to appreciate its hidden metaphors and the slowly unfurling musical nature of the song over time. Songs like this appeal to a primal intuition which simply understands.

Another of my favourites is ‘Failure’, which is almost lullaby-esque and very comforting, like chicken broth in song form. Marling’s words instill a sense of strength against the negative comments of others or society, especially in “Don’t cry child, you’ve got so much more to live for / Don’t cry child, you’ve got something I would die for”. The spirit of defiance continues in ‘You’re No God’, a fast-paced ditty about living up to other people’s expectations: “And you will never feel quite clean in this new skin that you have grown / Until your old and broken bones are laid into their resting place / Just like the rest of human race, until I fall into my place”. Marling’s celebration of individuality in these words and the ones that immediately follow is both remarkable and joyful. It’s easy to miss the thread of defiance subtly woven through this misleadingly-named section of the album, but this is just an additional nuance in a record full of different potential interpretations.

I love Marling’s misdirection of pairing sad lyrics with happy melodies, which works especially well in ‘Cross Your Fingers’. Some people think it’s about becoming a Christian, but the words fall shy of making their subject matter clear. ‘Shine’ is another standout and contains perhaps my favourite lyric on the whole record: “I can touch you, hollow thing, you plague my mind /I can never go outside / I will never go back to being blind”. Marling’s persistent demands for clarity which has previously been obscured by something else can be applied to so many situations, and the sustained ambiguity is a theme which permeates through other songs and the whole album. The songs are handed to the listener to make their own subjective decision.

I could talk about this album for much longer, but its high point is the secret track, ‘Alas, I Cannot Swim’, which expresses a sentiment that is easily understood by anyone who has ever regretted a lack of boldness. The words “There’s a house across the river, but alas, I cannot swim / I’ll live my life regretting that I never jumped in” will resonate with anyone who has ever grappled with self-confidence or missed opportunities, and the song calmly yet sceptically addresses the outward pressures and conflict of the external world, which demands that we “work more, earn more, live more, have more fun”.

What makes this album significant? After all, it isn’t Marling’s most commercially or critically successful album, and some might argue it’s not her best (I would say that’s a tie between this, I Speak Because I Can and Semper Femina). These songs have also been notably missing from Marling’s recent live performances. But for me, Alas I Cannot Swim opened my eyes to a limitless amount of great music since and acted as a gateway. In itself, it’s an exceptionally well put-together and thought-provoking record, and it was the first album I’d heard that forced me to take a fresh and more original perspective. It’s almost inseparably connected with those years of my life and today, Marling’s unprecedented yet undemanding wisdom continues to be of great value.

Ty's Track By Track Guide to A Work O...