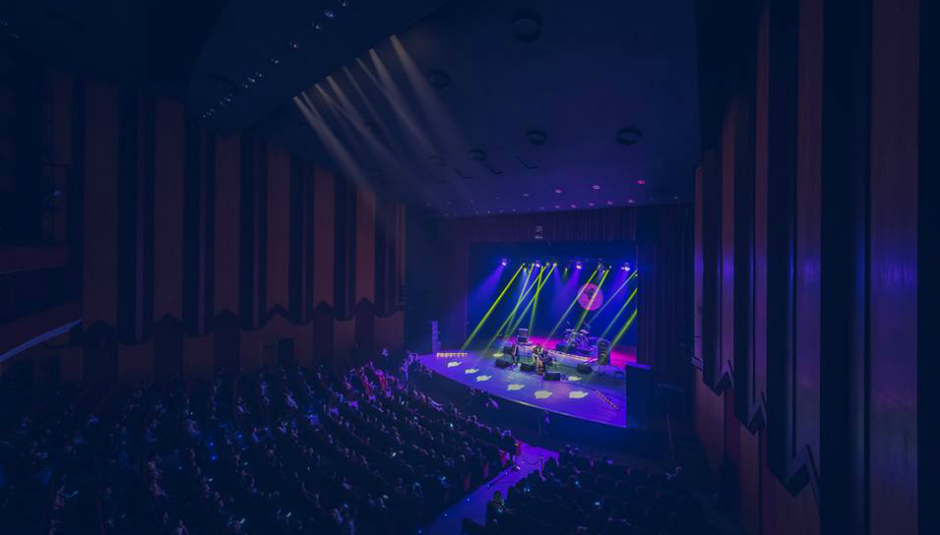 Rapt In Rabat: DiS Does Visa For Music Festival

Rapt In Rabat: DiS Does Visa For Music Festival

Rabat may not necessarily be the first place you think of when it comes to big international festivals promoting the best in up-and-coming music from the Middle East and Africa regions, but one event is looking to change the perception of the city, as well as Morocco, at large through Visa For Music Festival.

With the four-day event now in its fourth year, the event seeks to be an international marketplace for new emerging music as well as being a professional meet up and platform for the music industry not just in Morocco, but also throughout the African continent, Middle East and beyond.

By day, conferences and panels took place, as well as dabke dance workshops. Talks included those hosted by the British Council talking of the future of artist management, featuring Keith Harris, manager of legendary soul artist Stevie Wonder. There were also discussions that took place on the place of digital sales in the music business, the future of festivals as well as storytelling in the music industry.

Speed meetings for sellers looking to promote their event or artist to buyers such as festivals or record labels took place throughout the festival. The format of this event was much like a speed dating event where one sits down for five minutes to talk about their project to a prospective buyer and sees whether there’s interest or not. 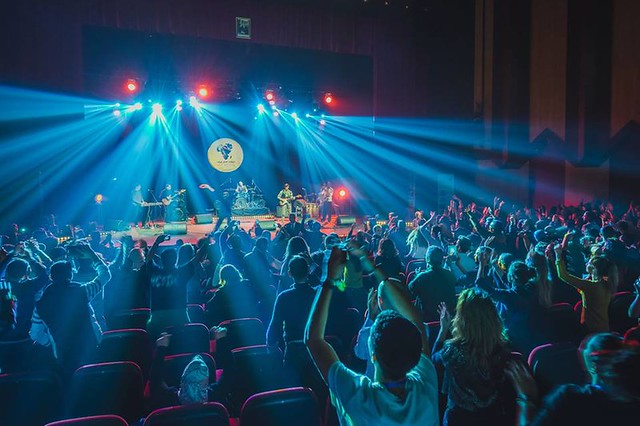 Visa For Music took place in different venues right across Rabat with the main one being the Theater Mohammed V hosting the higher profile names and hosting the opening ceremony. Other venues also included the Café Renaissance and cinema and the Le Dhow ship situated on the beach just by the old medina hosting DJ performances from the likes of DJ Sama, the first Palestinian techno DJ. It’s what you’d expect from a techno set on an average weekend out on a Friday night really. Nothing more, nothing less. The only thing unique thing about the DJ particularly is her nationality. That’s about as far as it goes.

Musical highlights from this year’s festival included South Morocco’s Daraa Tribes, which drew a huge local crowd enthused and moving to their Tinariwen-inspired songs, with the room also going completely ape to the band’s uptempo beats. They play 45 minutes worth of Saharan desert blues songs that evoke familiarity, but at the same time make their tunes very much their own. The Cinema Renaissance venue atmosphere lapped up every bit of it as not one person stood still. With such infectious music, it surely won’t be too long before the word spreads across oceans and borders and the invites come rolling in from festivals and promoters.

Golan Heights' TootArd played a blend of jazz, desert blues and dabke music at the Salle Renaissance venue which took many by surprise, but there had also been a buzz of anticipation throughout the day over their word of mouth live performances. What’s all the more remarkable for being a stateless people, is that they don’t own passports, rather they have “Laissez Passer” white papers, hence the name of their latest album being named after this. They’re a band to watch for 2018.

Born and raised Rabat resident Jihane Bougrine alongside her band played songs sung in Arabic in reggae, soul and jazz styles and did so in accomplished fashion. Bougrine, given that this was a hometown show, drew a sizeable crowd and they seemed eager and receptive to a singer that can hold tunes well, has stage presence and has friendly interactions with them. 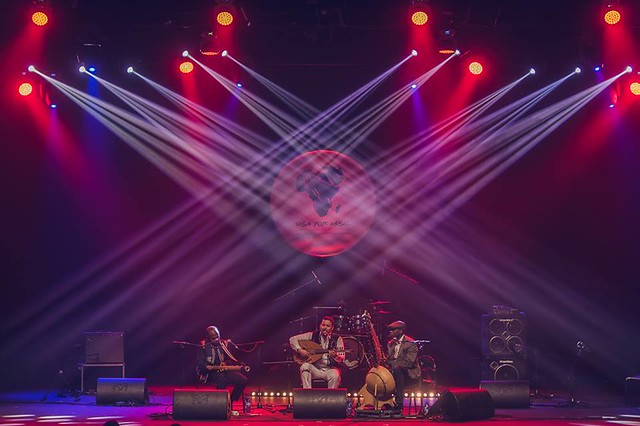 Jordan’s El Morraba3 are to all intents and purposes a band inspired by the UK shoegaze and indie scenes. What with this being their very first show in Morocco, they were taken aback by the amount of people that sung their songs back at them. Because of this, they rose to the occasion by playing from their back catalogue, despite technical issues with their sound effects pedals throughout their set.

Afrotronix are a 2-piece band from Montreal via Chad. As you’d probably imagine, they’re an afrobeats group with elements of electronica in the mix. Wearing specially made helmets resembling blinds that encompass their heads, they’re a fusion band that it’s hard not to like. There’s immense appeal in their music, especially as afrobeats gains in popularity worldwide.

Brahim El Mazned spoke about 2017’s edition of Visa For Music and how it went from his perspective: “I think that this year was a big success. We’ve had delegates from 85 countries, hosted 50 concerts and more than 30 African and Middle Eastern countries represented. It was not easy putting this together, but I felt nonetheless it was a great edition this year.”