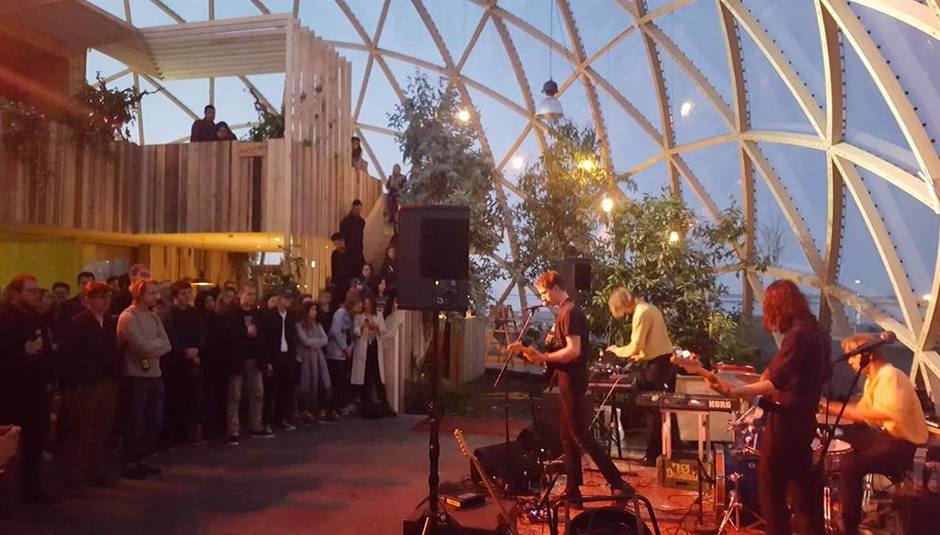 Last weekend DiS headed to the city of Aarhus for this year's edition of SPOT Festival and had an absolute blast. Here's ten things we learned from our weekend jaunt at Denmark's answer to South-by-Southwest...

1. Supergroups Are The Way Forward

OK, so I guess you could argue that every band is made up of members that once played with another group previously, unless you're Radiohead, who seem to have been together since the beginning of time. But then there are some bands whose collective members have already made an impact of sorts elsewhere in a previous life. Take Odense four-piece Diet for example. Made up of former members of The Kissaway Trail, Virgin Suicide, and Slaughter Beach. Their late night slot in the mini-aircraft hangar known as Atlas proved to be one of Friday's highlights, reminding us of Movement era New Order and The Cure's pre-goth phase in equal measures.

Likewise Marching Church, the alter ego of Iceage frontman Elias Bender Rønnenfelt. While Friday evening's slot in the cavernous Musikhuset amphitheatre didn't quite work, the following afternoon's performance at Radar was full of drama, fortitude, and wisdom. While Rønnenfelt's fascination with Nick Cave is hard to get away from, we're told by someone from his label the next Iceage record is "completely different to anything he's ever done before." The suspense is already eating away.

One of many new stages introduced at this year's SPOT was the Ridehuset Roots and Hybrid Festival tent, which housed artists from around the world such as Gambian cora player Dawda Jobarteh and traditional Turkish psychedelic folk outfit BaBa ZuLa. With its relaxed atmosphere and liquid overhead projections, it became the perfect chill out zone for the weekend. Not to mention serving a range of delectable culinary delights from around the globe, most notably Taybeh's range of Palestinian beers, our personal favourite being the 6% proof pale ale.

3. Too Much Electro-Pop Can Be Bad For The Soul

As a child of the 1980s, I have nothing against electro-pop. It reminds me of my youth. Some of the happiest times in living memory, and a casual flick through my record collection, will see a number of Kraftwerk, Depeche Mode, Aha, and Human League albums among many others of a similar ilk from that era.

Whether it's a Scandinavian thing or just confined to Denmark at the minute remains to be seen, but there were an awful lot of bands peddling a sound best left to the experts from yesteryear, for nostalgia's sake if nothing else. So for all First Hate's so-called "genre-transcending pop", if Tony Hadley fronting Bastille is your kind of thing then great. Sadly it isn't ours. Likewise Franske Piger, whose similarly themed take relied more on stylized image than any substance contained within the music.

No, really. It did. And it was mostly down to workaholic production duo Farveblind who somehow managed to cram in an astonishing five shows over the course of the weekend. The one which really stood out though was their midnight slot in the Scandinavian Congress Center, which turned the vast hall into a mid-nineties style rave for forty-five minutes. Echoes of Massive Attack and Zero 7 shine through on debut single 'Wasterful Talk', while the latter half of the set sees them move into more upbeat territories long dominated by The Chemical Brothers and Daft Punk. With a light show that's as much if not more of a spectacle than the duo themselves, we suspect you'll be hearing a lot more from this Copenhagen duo before long.

5. There's A Post-Punk Revival Going On

The last time DiS visited SPOT Festival in 2012 we discovered a band called Shiny Darkly whose brooding darkwave reminded us of The Horrors and promptly persuaded us to part with a couple of hundred krone to purchase their EP straight afterwards. Now, five years on they've blossomed into a magnificent beast fusing elements of krautrock and shoegaze into their already potent brand of psychedelic post-punk. Playing three shows here, their late night show on Friday in the tiny Sway nightclub and Saturday evening's performance in the spectacular Dome Of Visions down by the harbour will both be subjects of "I was there" claims in years to come.

What's more, it appears they're spearheading something of a revival for bands of a similar ilk. Palace Winter's stadium canvassing bellow rock could be The National covering Neu! while Copenhagen four-piece Boundaries remind us of Simple Minds in their Sons & Fascination period. While we're not suggesting it's a sound that will take over the Danish mainstream anytime soon, it sure as hell beats soulless electro pop and kept us suitably entertained for a large part of the weekend.

Crunchy Frog have been around for over twenty years, having put their first record out back in 1994. In that time, they've established themselves as one of Denmark's leading independent labels. Essentially the brainchild of Jesper “Yebo” Regina and Jessica Tolf Vulpius, Crunchy Frog has grown in stature not only in terms of its diverse range of artists but also by expanding into a publishing company and booking agency of some repute.

Their presence at SPOT this year could be felt throughout the entire weekend, most notably at their label party in Sway where the aforementioned Shiny Darkly, garage duo Nelson Can, and funk outfit D/Troit (whose new single 'Soul Sound System' is already receiving airplay on UK radio) all delivered storming sets. 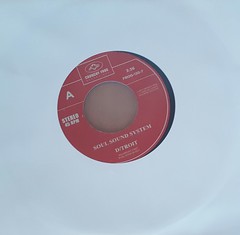 7. Anyone Up For Some Norwegian Performance Art?

There's nothing better than arriving at a showcase event such as SPOT knowing only half a dozen acts and leaving knowing fifty. Or as was the case here, walking out at the end of the set mouth wide open and turning to everyone around asking, "Did you just see THAT?!?"

Sturle Dagsland hail from Stavanger in Norway and are essentially two brothers; Sjur, who plays an array of instruments and loop pedals, and Sturle whose vocal style incorporates everything from Bjork and Kate Bush to animal noises or even his own language at times. Taking the stage with a bag of apples - Sturle takes two bites in regimented fashion between every musical piece before disposing of said apple and pecking on a new one after the next song - the performance itself takes on all kinds of theatrical junctures from spontaneous leaps into the audience to random attacks on their vast array of musical accompaniments (the drumkit and cymbals copping for most of his anger). By the end, a packed Dome Of Visions - itself specially constructed to coincide with Aarhus being the European Capital of Culture for 2017 - is left speechless at what they've witnessed. Minds completely blown.

So most of the industry were here for a couple of heavily publicized acts, most notably Norwegian singer/songwriter Sigrid and fellow Nordic outfit, punk pop four-piece Sløtface. While DiS caught the last twenty minutes of the latter's admittedly enthusiastic but instantly forgettable Friday teatime show, there was very little on display here that stood out compared with many of the lesser feted, undiscovered acts we caught.

9. Danish grindcore. Coming To A Venue Near You...

In amongst all the singer/songwriters, electro-pop acts, indie bands, and traditional Danish folk was the death metal and grindcore stage. Tucked away in the Remisen at the back of the huge Godsbanen complex on Saturday evening, the Mono Goes Metal hosted showcase pulled a consistently large crowd for each of the five bands performing. Silkeborg based combo Fordaerv stole the show for us, their aggressive grindcore reminiscent of Earache Records stalwarts Extreme Noise Terror, largely due to the three interactive vocalists at the forefront of the band's sound.

Local thrash outfit Livløs also came up trumps playing in front of a home crowd, singer Simon Olsen proving a particular livewire both on and off stage throughout their performance. However, if there was an award for best merchandise it would undoubtedly go to Woebegone Obscured whose motto "The candle of life did never light, the candle of death burned out of sight" can be seen emblazoned on many a t-shirt this evening. 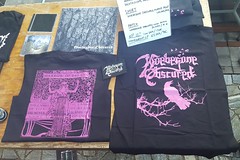 Alright, so maybe we're over exaggerating a little, but two of the most memorably pristine performances of the festival came from acts clearly in thrall to the sounds of Portishead, Moloko, and Sneaker Pimps. While Copenhagen duo Vesper play hazily constructed trip hop that could easily have travelled back in time to 1997, Ellis May offer a slightly more adventurous take on proceedings. Primarily the vehicle for Copenhagen based singer, composer, and producer Sophia Maj, their five-song set is an early afternoon delight at Radar during Saturday's Music Export showcase and considering its only their second gig as a duo, suggests nothing but great things lie ahead in the future. Although currently unsigned, one would not expect that to be the case for much longer based on this performance.