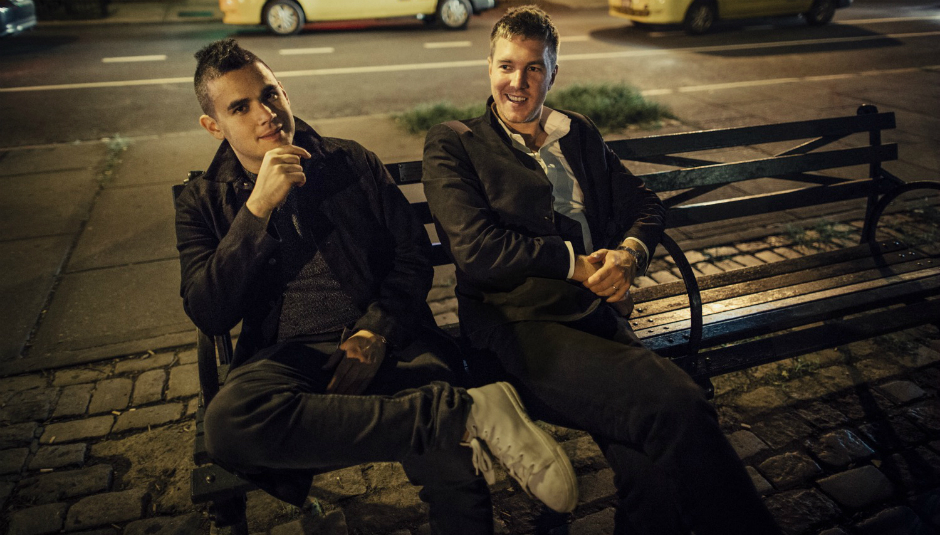 The arguable high point – for there are several contenders – of Hamilton Leithauser’s tour-closing turn in Dublin doesn’t belong entirely to him. It centres around one of the punchiest short stories of last year, found towards the end of I Had A Dream That You Were Mine; a rich collaborative effort with Rostam Batmanglij packed with tales both winning and wistful.

One musing in particular straddles the glass half-full/empty/delete-as-appropriate line more than most. Brief, memorable, and boasting a superb punchline, ‘The Bride’s Dad’ is worthy of barroom-based raconteur heroics. It is granted extra heft on this occasion thanks to a charming preamble in which Leithauser recalls attending a wedding that inspired the track, saluting the downtrodden fellow in question before adding that he found the real-life situation bizarrely amusing even if his resulting protagonist may not have.

It’s the kind of moment that creates communion, invites warm laughter, and even manages to silence a relentless pair of motor mouths in unavoidable earshot – cheers lads, couldn’t wait until after the show to waffle on about Spoon’s sixth album, no? – only here, amidst intimate confines, you get additional rhythm courtesy of the bar staff disposing of bottles with gusto. At the wrong gig, such a texture is an insult. The sting in the tail arrives and Leithauser hollers out a glimmer of hope for his source material as glass shatters nearby, the noise glorious company.

Turn back the clock to when the sun was still up. Drums are put through soundcheck motions, merchandise is laid out, and DiS takes a seat next to the man of the hour – friendly, soft-spoken, matinee idol good looks, towering even when off his feet – and wondering where he stands on the possible ambiguity of that song.

“It’s not supposed to be depressing,” he offers. “I mean, yeah, it is about a down-and-out guy but that’s all the more interesting, right? Any good novelist or whatever is going to choose a character with a conflict or a flaw to write about. The central figure of that song is definitely a hero; you’re definitely rooting for that guy.”

It’s a compelling narrative in its own right, one that prompts the question of whether or not Leithauser might move into novels some day.

“I don’t know if I have it in me to write a book,” he admits. “I read a lot and it would be fun to be able to do that, but I don’t think I have it. Maybe some day when I’ve completely blown my voice to smithereens I might not have another choice. I hope not! But I don’t know.”

Ah yes, that voice; a most vibrant and violent constant throughout The Walkmen and beyond, one so powerful you meet the above playful self-awareness with at least some degree of caution. How’s it all holding up back there?

“I had a doctor clear me, about six or seven years ago. I’d gotten to a point where, finally, I’d been doing this for so long and I’d really been singing hard with The Walkmen for so many years that I went to my first throat doctor. She stuck a camera down my throat and it came up with a clean bill of health and I couldn’t believe it, I really couldn’t. I’m still holding onto that seven years later.”

When not dodging a return to a sterile office in the interim, Hamilton Leithauser has been busy. Since The Walkmen entered what bandmate Peter Bauer described as an ‘extreme hiatus’ at the tail end of 2013, Leithauser added new strings to his bow first with Black Hours, a resilient record peppered with cinematic scope and knowing throwback aesthetic, one that met his intentions to create “a more symphonic record that featured a big, orchestrated band” but also found room for driving rock & roll jaunts. A further texture of considerable note – Rostam Batmanglij.

A prolific writer, talented multi-instrumentalist, and seemingly enthusiastic collaborator, the former Vampire Weekend man’s eventual emergence as full-time conspirator with Leithauser makes sense before you even wrap your ears around I Had A Dream That You Were Mine. From the off – lead singles rarely come as instantly great as ‘A 1000 Times’ – it’s a sublime piece of work, one that speaks to the magic of chemistry, even if there were some initial bumps in the road.

“Rostam and I sort of butted heads a little bit at first,” recalls Leithauser. “I remember in the beginning when he wasn’t really used to how the other guys work, and maybe I didn’t want to do something that he wanted to do and vice-versa, but we got used to what roles we… well, we didn’t have ‘roles’ but we figured out what way we should approach each other, what key words not to use when you’re saying something that might tip somebody off a little bit.

“I knew I liked his music and I know he liked my music, and that’s where you find that common trust and that’s where you can go: ‘Okay, you know what? This sounds a little funny but I think this guy knows what he’s talking about so I’m gonna give it a whirl and we’ll see what happens.’ It’s funny, we only really got to be friends about four years ago, but there is a familiarity there and it feels like we have known each other for a lot longer. I don’t quite know why that is - there are plenty of people where I’m from who I feel no familiarity with. We clicked very quickly.”

Though there are no concrete plans in place for the next release – “I’m always working on music, I have plenty of it right now that doesn’t have a home yet but will soon“ - Leithauser fully intends to work with Rostam again in the future, but what does he make of the idea that they’re perhaps a touch too indebted to those who have come before them?

“I listen to so much music and so does Rostam, so you’re very aware of the people in the past who have made this stuff before you and specifically why you’re influenced by them and why we have doo-wop on our record, because of The Flamingos and about a million bands like that. It’s fun to go back and find those little nuggets that you love so much and then try and put them into your own song but it’s important to frame it correctly.

“You don’t need to also be singing about bubble gum and have an arrangement be too authentic. If we were doing that, it would just be boring. We have to combine it with what we feel is our own contemporary style that we feel makes it our own, whether that comes from the sound or the lyrics or both.”

Returning to the gig, or, rather, the afters, as the man of the hour gamely holds court in the bar, making good on an advertised promise to sign vinyl sleeves and meet the fans. He’s in his element here, a huge smile stretched across his features as people politely wait their turn to give thanks, share stories, and even confess to personal heartbreak. He welcomes it all. Later, through an ajar door, DiS spies a glimpse of him back in the main venue. He strides across the now-empty room, the bright lights catching Hamilton Leithauser standing somehow taller than before.

Our Own Private Idaho: DiS Does Treef...