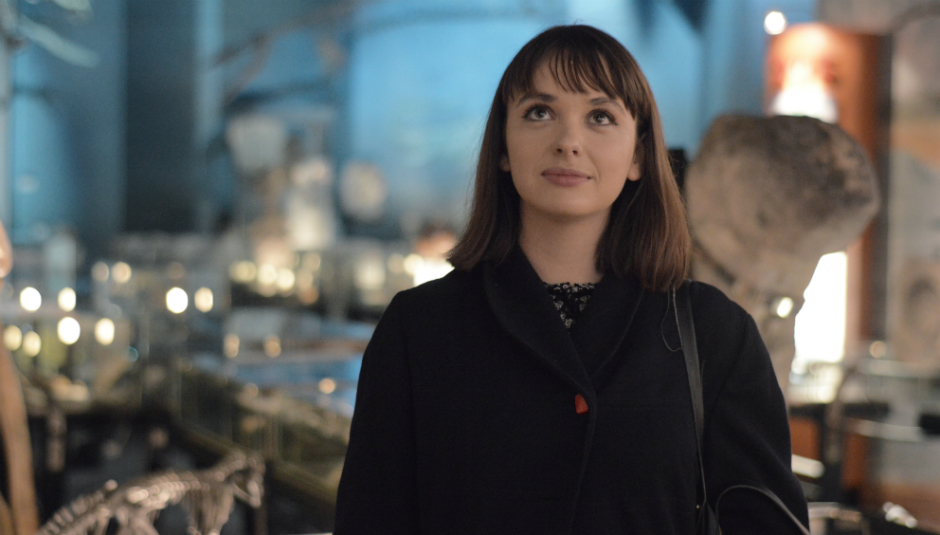 “I like having a challenge”: DiS Meets Georgia Ruth

“I like having a challenge”: DiS Meets Georgia Ruth

“When they said my name, the first thing I thought was: 'Shit, I haven't got any shoes on.” It's the morning after the Welsh Music Prize, and standing next to me in the grand space of the National Museum of Wales is Georgia Ruth, winner of the 2013 award. She seems genuinely delighted to hear about the previous night's triumph of her old school friend and collaborator Meilyr Jones. “It took me back to that feeling of being shocked, really humbled and pleased,” she says beaming, and then tells me about turning up to the ceremony in “the worst shoes”, which she took off just before the winner's name was announced.

Georgia's 2013 Welsh Music Prize album Week Of Pines was inspired by her return to Wales after many years in England, first studying at Cambridge University, and later living in London and Brighton. By her own admission, she loved her time away, but it was only after getting immersed back into Welsh music through working for Radio Cymru she started to feel a greater sense of purpose in her own writing. Return to Cardiff meant rediscovering a commonality of language and background, and ultimately a feeling of acceptance. As a result, “these songs just flowed out of me. It didn't feel difficult to write that first album.”

We take a walk around the museum, with Georgia as my guide. “One of my earliest memories is being in the natural history gallery,” she informs me, whispering, “being shit scared of the mammoth.” Then onto the fossil gallery where she talks about the Southerndown beach (“only 30 minutes outside of Cardiff”) where the video for her latest single 'Cloudbroke' was filmed. I ask whether she spotted any fossils when they filmed and she replies, “It's amazing! You see them in the rocks and think 'That is ancient!”

The ideas of wonder at “life's inscrutable constants” and nature as artistic inspiration run deep in Ruth's new album Fossil Scale. If Week Of Pines was about her coming home to Wales, the latest LP is a step closer to nature's immutable essence. Work on the album was already underway when Georgia and her partner moved from Cardiff to Caernarfon in North Wales, close to Snowdonia. Being in a happy and very content place personally, at first she struggled to find a creative spark. She was bored with writing about herself and being introspective, and then “the landscape took over. Being in Snowdonia you felt so tiny and, in a way, irrelevant. On the daily basis you were floored by the scale of the staff that surrounded you. It was liberating.”

The singer's initial creative discontent with her happy stasis is echoed in 'Good Milk', the song she sees as the starting point of the record. “I've always had this tendency to try and create drama for myself,” she observes with a gentle smile. “My mum used to say: ‘You're turning the good milk sour.' That's where it came from.”

Another song, 'Doldrums', takes its name from an archaic maritime term describing the unnerving, deceptive stillness at sea in the tropics around the equator; moments of total calm before a great storm. Everything is still but what's coming? What does happiness mean in this context? But there is an even darker side, with the title track 'Fossil Scale' projecting a sinister quality of “being displaced from or drenched out of something. I didn't intend for it to be dark but looking back now...,” Georgia stops for a minute, adding that some of the songs were written two years ago.

When we get to the Artes Mundi modern art exhibition she takes me to see Bedwyr Williams' futuristic video installation Big Towers. A giant projection covering an entire wall of the gallery is an image of a dystopian city superimposed over a picture of Cadair Idris, a mountain in North Wales. Both alarmingly ominous and hypnotically poetic, this day-to-night shifting image has a narrative element. The story of the city's inhabitants told through artist's voiceover is simultaneously hilarious and terrifying, yet it's hard to avoid a certain elegiac soothing quality of this digital masterpiece. “I found myself coming back to it quite a few times,” says Georgia, “They've got cushions, so you can sit and kind of take it all in.” The story is alive with a myriad of details and characters, but the only thing you see is the mesmerising lights of the city shimmering, oblivious to the eternal beauty of its mountainous backdrop. Georgia admits that the spectacle lingered with her for a long time.

I wonder if there is a link between her own oddly disquiet, epic folk panorama and this eerie vision of the future. With the drama of Welsh landscape in front of us, I ask what she thinks of the idea that a geographic location and music are intrinsically bound together. She seems not entirely convinced at first but doesn't hesitate in agreeing she can normally tell a Welsh band just from its sound and musical influences. “I can't explain it but I can feel it. It's weird,” she laughs, then continues. “I don't know what my sound is because I'm from Aber (Aberystwyth) and I'm a bit of a magpie.”

It's hard to disagree with the “magpie” assessment. Right from the start, Georgia's music had a much broader sonic spectrum than the folk label frequently applied to her work. Now, in the light of Ruth's album collaboration with the award-winning sarangi player Suhail Khan, her genre-defying style seems even more pronounced. Fossil Scale has a delicate intimacy of traditional folk, with a dash of pop dazzle combined with a more widescreen, soaring post rock or ambient quality. “I try not to give myself genre labels when I'm writing, just in case I start writing to a script.” Good strategy. As for folk, she's quick to point out that she finds the term problematic, if only because she's not entirely sure what it means. “People say to me, 'What kind of music do you make?' and I don't know. Would it be a bad thing if I did know?” she laughs.

Suhail Khan, whom Georgia met in India on a project organised by the British Council, is also the man responsible for 'China', the last and most personal track on Fossil Scale. Written about an uncle who passed away, the song may not have seen the light of day had it not been for his contribution. Georgia is visibly overcome with emotion telling the story of a recording session in London. “Without me even telling him what the song was about he found this pain in it,” she says describing the moment in the studio when she knew the song had to be on the record. When Georgia's dad heard the song “he loved it and that meant a lot. So...I'm glad it's on there.”

With Suhail playing such a pivotal role in the creation of her new expansive sound, I enquire whether Georgia has any further collaborations in mind. There is a moment's hesitation. “I want to work with a visual artist. Maybe try and go into a new place.” A surprise? Maybe. A subconscious reason for inviting me to a museum? Possibly. “I like having a challenge, and I'd like to learn about a different art form. Seeing how someone else works in a different medium might help me re-evaluate what I think about my own music.”

We walk up the stately marble staircase to the galleries displaying Welsh art. “This museum has become a bit of a haven to me. I often come here when I'm feeling I need to be on my own.” She wants to show me her favourite works and takes me to see paintings by the 20th century artist Gwen John. The attraction that Georgia describes as “this weird magnetic pull” comes from the “beautiful and understated” way in which John painted her subjects. “There's never a sense that this is a female muse painted by some male painter. There's a really distinctly female quality to the way that she paints women; it feels respectful and strong.” The paintings certainly “don't scream at you to look at them”. Instead, they capture your attention in a more subtle way. Perhaps it's a certain vulnerability and simplicity reflected in a muted pallet. It's hard not to feel there is a kindred spirit shining through Georgia Ruth's quietly intense songs. Honest and caring, restrained yet emotional.

We part in the museum cafe. I thank her for the coffee and tell her about my affection for Welsh music. With her own 3-hour weekly show on BBC Cymru, she's got her ear to the ground; she's an expert. “Welsh speakers have always known Welsh music is great but perhaps the internet has done a really great job at spreading the world,” she replies. Perhaps. Then there's also Welsh Music Prize, a chance to focus national media attention on sounds coming out of Wales. And who knows? With one Welsh Music Prize in her arsenal, 2017 may turn out to be another winning year for Georgia Ruth.

Fossil Scale is out now via Navigator Records.