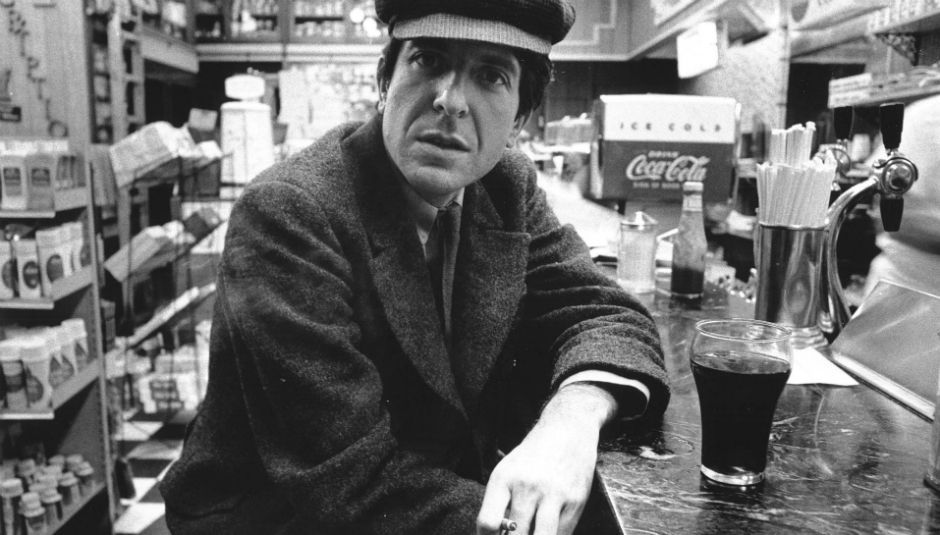 Like the passing of David Bowie earlier this year, the death of Leonard Cohen has resonated well beyond the realms of music and culture, shock waves of grief rippling far and wide. That people all around the world, from all walks of life, have been united not just in mourning, but in celebration of his life and work, is a testament to his stature as a musician and writer, and as an inspiration. There was an eloquence about his writing, and a wisdom that’s been a comfort to many. Whereas Bob Dylan revelled in the symbolic and the cryptic, Cohen’s language was plain and truthful, wrestling with the same fundamental issues – love, sex, loss, relationships – that beset us all. He was a guiding light, a sage who knew just how hard life could be but that satisfaction could be found in the search for answers.

A simple list of his best, or most loved songs, would be to miss the point of Cohen’s artistry completely. Instead, we asked our writers to remember a time or a moment when his work connected with them, when all the dots were joined up – even if only for a moment – and clarity glimpsed. The moment the light slipped through the crack.

No joke – my mom and I were driving home in pouring rain when I first heard ‘Dress Rehearsal Rag’. Those were the days when I kept spreadsheets of the albums I swear I’d buy when I got the chance; those were also the days when Barnes & Noble was the only brick-and- mortar place in my world that I could find my quarry. Don’t ask how or why exactly Songs Of Love And Hate landed on my list – I don’t remember, and it’s not important, anyway. The point is – I could drink in the gallant imagery of ‘Avalanche’ and ‘Last Year’s Man’, sure, but when I came to ‘Dress Rehearsal Rag’, I drowned. It’s such a flawless stroke of despair, such a vivid portrait of squalor and hard luck, with the notion of suicide insinuated so sneakily, that one feels immensely older at the other end of it. Such was my reaction then, at 22 and unaccustomed to misery of this scale. God, how much younger I was. Today I hear the lines about the flickering vision, the cracked cup, and the freezing air, and I can count the times I’ve woken up and wondered what the hell I’m doing here. But Cohen leaves the ending open, and that’s the best part – that even after that wretched state of mind, one can carry on.

Like a Buddhist Jewish Santa Claus, Leonard Cohen left us gifts we’ll be finding for years to come. One of his most gracious gifts was his last gift to us: his absence of fear in the face of his impending death. As Cohen got older, I often thought of losing him with no small amount of terror. But I should have known that Cohen would approach even his own death with humility and candor, letting us know it’s okay for him to go: “I am ready to die. I hope it’s not too uncomfortable. That’s about it for me,” he said recently in a New Yorker interview. This interview followed the release of a note he wrote to his dying ex-girlfriend and muse, Marianne Ihlen. In the letter, he writes: “Know that I am so close behind you that if you stretch out your hand, I think you can reach mine. But now, I just want to wish you a very good journey. Goodbye old friend. Endless love, see you down the road.” Though of course the letter was written to comfort Ihlen, it touches all of us, like everything Cohen wrote.

My first acquaintance with Leonard Cohen was when I was 19, and my best friend's father placed Songs Of Love And Hate on his vinyl player. From the opening ripples of 'Avalanche' to the croaked wails of 'Diamonds In The Mine,' I was hooked; in awe of the promotion of raw emotion over aesthetic purity, the halting vulnerability of the lyrics, and the passion flowing through every line, I came to see him as a friend, forever there with a reassuring cloak of musical honesty.

Unlike most, I came to appreciate 'Death Of A Ladies Man' as one of his best albums. 'Paper Thin Hotel' is a beautifully poignant tale, narrated with his usual wit, whilst with 'Memories' you hear him pleading in repeated desperation to see her naked body and revisit old times, accompanied by the bittersweet rapture of the brass section.

Last month, I saw Marlon Williams, the up-and-coming Kiwi crooner, at Austin City Limits music festival. During a set of barnstorming ho-downs, at one point he was left isolated on stage, where he performed 'Bird On The Wire’ in a piercing falsetto in contrast to the rasped crow of the original. It captured the pure honesty and care of baring all in apology for hurting a loved without necessarily apologising for the pursuit of freedom that caused the hurt. Few songwriters can compose songs with such truth that, performed by whoever and wherever, the emotion cannot be missed. His passing is desperately sad, but it’s at least reassuring to know that his legacy will live on as his poetry is transferred and forever treasured in the canon. Let's sing another song, boys, but these are ones that won't ever grow old and bitter.

I feel quite strongly that Leonard Cohen was in the richest vein of output of his career when he died. The new album, You Want It Darker, was the third in a gilded trilogy from 2012 to 2016 that marked the pinnacle of what he had been striving towards for half a century; the older he got, the more sense he made. His voice had morphed into the tone of his lyrics until the two were inseparable, and his life-long games of hide-and-seek with God and death had never been more poignant. Having seen him slay Wembley Arena for three hours in 2012, it is no surprise to me that his most recent gigs were the most celebrated of his life. As we reflect on the great man's life, I hope that audiences will give his final masterpieces the time and love that they deserve.

I didn’t actually witness my favourite Leonard Cohen performance. In 2012, my parents came to visit me in London. I realised that Leonard Cohen was playing in Wembley, so as a surprise to them I tried to buy four tickets, but I could only get groups of 3’s or 2’s; in the end, I got just the two and gave them to my parents as a present. When they arrived, after the usual vat of tea had been brewed, and the polite small talk had passed, we presented them with the tickets. At first they didn’t know what to do, then the realisation dawned that they were going to see their favourite performer live. They said they wanted us to have them, but we held fast and within an hour they were off to see Leonard.

During the evening I received a smattering of texts: “The seats are good”, “He just played this”, “It’s just like Live In London”, so I knew it was going well. As soon as my parents returned they started gibbering and gushing like teenagers, and I’d never seen them that happy about a gig. Turns out my Dad had shed a few tears during ‘Bird On A Wire’ – I’d never seen, or heard of, him crying before. They still talk about the gig to this day, and when I told my Mum about the news of Cohen’s passing she actually thanked me again for allowing them to see him live that one time, and to have a totally personal experience in a huge un-personal venue. Only Cohen could have delivered that.

If one was looking for solace in any form, Oliver Stone’s darkly satirical and controversial Natural Born Killers probably wouldn’t be your first port of call. But having snuck into the cinema to watch the film in early 1995, I became quietly obsessed with the soundtrack, in particular this strange, hypnotic baritone that seemed so very soothing. “Who is this Cohen chap?” I wondered, and bought the CD pretty much just to investigate further. The opening track, a shortened version of ‘Waiting For The Miracle’, hit like a sledgehammer, and along with ‘The Future’ and Bob Dylan’s version of ‘You Belong To Me’, became a touchstone for my teenage ennui.

Of course, I was far too young and stupid to realise the gravity of lines like “I’ve been waiting night and day / I didn’t see the time, I waited half my life away” and “Let’s be alone together / Let’s see if we’re that strong”, but they lit a spark of curiosity and led me into his world. And as I’ve dived deeper, each nugget of truth, each sad lament, has taught me that whatever befalls us, we must endure. We must go on. And within the feeling that we’re on a path that Cohen has already travelled is the realisation that none of us are truly alone; over and above his contribution to art, it is this that is his greatest gift to the world.