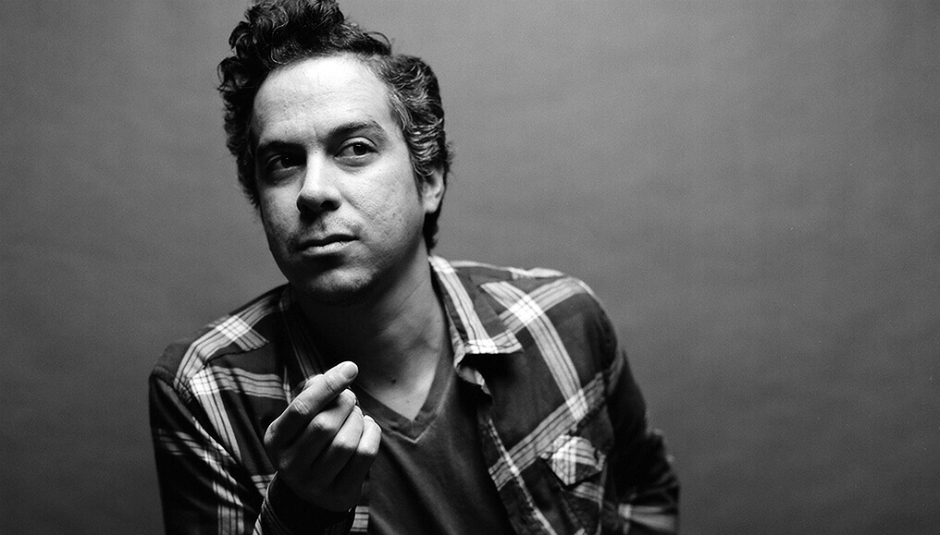 “Music helps balance out the madness in the world”: DiS Meets M. Ward

“Music helps balance out the madness in the world”: DiS Meets M. Ward

Matt Ward has never seemed like a man unduly troubled by the trappings of the modern age. His solo work, under his M. Ward moniker, has always played like a paean to all of his favourite old-time influences, from Buddy Holly to The Beach Boys. Both his intricate guitar playing and husky vocals feel as if they should be drifting through the speaker of an old radio, the kind that had a dial, or floating out of the rolled-don windows of a beaten-up old Chevy driving across his home state of California on a sultry summer’s evening. His most recent record with Zooey Deschanel in She & Him, Classics, was a covers album that included takes on tracks made famous by the likes of Dusty Springfield, Johnny Mathis, and Vera Lynn; anything released as recently as the sixties would be counted amongst the newer of the songs the pair recorded. Anybody looking for cutting-edge post-modernism would be well-advised to give Ward’s catalogue a wide berth.

And yet, the title of his eighth album, More Rain, was inspired by his morning routine; waking up, reading the news, and finding little other than pain and misery dominating the headlines – something that, in our hyper-connected world, seems to be the case more now than ever. All it’s served to do in Ward’s case is intensify his backwards gaze, as he searches for escapism with more urgency than ever before. Lyrically, he isn’t passively feeling wistful for a time that might’ve suited him better – he’s actively pining. He’s opening up his heart a little bit more, and the rich swell of More Rain’s sonic palette reflects it.

Not that he’s given too much thought to all of this himself. “The only people I ever talk to about my music in any kind of depth are journalists,” he laughs. The title and themes on the album, though, raise the question of the importance of art to provide people with relief and hope in dark times – something Ward has been aware of his whole life. “I’m not sure where I would be without having the distance from real life that you can get from any kind of simple artistic expression. Even history can play that role; learning the history of current problems puts things into a perspective that art can provide, too. You could really get into that and be academic about it, but I think the main thing is that without art or history as a frame of reference, you’re taking everything you hear on CNN or read in the New York Times at face value. That’s too big a weight on people’s shoulders. Music helps balance out some of the madness that’s happening in the world.”

There is, of course, a more literal way of interpreting the title. Having been raised in Ventura County, California, Ward moved to Portland, Oregon for college and has called it home ever since. That particular journey involves a considerable shift in climate and, as much as Ward’s work has so often seemed indebted to sunnier surroundings, that was perhaps born out of being far enough removed from summer to long for it – as well as embracing the introspection that grey skies so often seem to inspire in writers.

“Sometimes it’s a case of pushing yourself to a sunny place,” he explains, “and others, you’re just trying to find shelter. I’ve made sunny records, and sometimes, it’s important to push yourself back into a rainy spot afterwards. So many of the best songs and movies have the perfect balance between positive and negative, dark and light. I’m attracted to those high contrast elements on records. The White Album has that all over the place - The Beatles one, not the Weezer one! I haven’t had the pleasure of hearing the Weezer one yet. But you had these really dark pictures that Lennon was drawing, matched to the brighter ones that McCartney was coming up with, which is really interesting to me. I could geek out about that record for the rest of the day.”

Not for the first time, Ward began work on More Rain with the idea of making a concept album very much in his thoughts. Over the process of the record’s gestation, that faded gradually as the songs diverged stylistically, but evidence of his early ideas remain on the finished product. Doubling down on his vintage influences, Ward had wanted to make this collection of tracks a proper exploration of the doo-wop groups he’s always loved, something that didn’t end up dominating proceedings but is still discernible on cuts like ‘I’m Listening’. “The biggest inspiration remains older records. That’s always been the big thing. I love deconstructing all those songs that I love, and one of the biggest elements of my favourite records by Elvis, or Buddy Holly, or Brian Wilson, are those really creative backing vocals that I don’t hear very often in people that are making music now. Not that I have my finger on the pulse of what everybody’s listening to right now, but the record came from a place of wanting to see what would happen if I spent extra time experimenting, and had the backing vocals be the place of drama for the songs, as opposed to the guitars, which is what I normally lean on.”

Ward’s voice has matured gorgeously over the years, but he is not a natural frontman and was a reluctant singer in the early days of his career. You get the sense that he remains so, to a certain degree, and that discomfort has come to shape his fascination with and approach to other people’s vocals. “I still don’t really see myself as a singer,” he admits. “I’m completely untrained in voice and guitar, but for some reason, the hours that I’ve put in on guitar have created this passion for the instrument that has been with me since I was fifteen. I’ve never had that with singing. I’ve never had any great desire to study my own voice, but I think that with every record I make, I go a little bit further into my willingness to play around with it. It’s shaky ground for me, but I think that’s a good foundation for music. Unfamiliar territory keeps us interested in pushing forward.”

There was still space for an out-and-out throwback on More Rain though, in the form of a cover of The Beach Boys’ ‘You’re So Good to Me’. Brian Wilson is clearly a hero of Ward’s, and the two worked together on Wilson’s last solo album, No Pier Pressure, on which She & Him contributed to the track ‘On the Island’. Wilson’s work has always made up a major part of the blueprint for Ward’s records and was especially prescient this time around. “I’m always trying to make a record that’s like a snapshot of where I was at the time,” says Ward. “With this one, it came back to what I said earlier – reading the news, seeing that the ship is basically going down, and leaning on sunnier-sounding music to put things in perspective. Brian’s music has been an energising, almost spiritual force in my life ever since I was a kid, and I’ve found myself going back to his records whenever I need a reminder that if it’s cloudy, it’s just a layer in the sky. That’s why I did that cover – it’s part of an honest picture of how I go about life.”

Wilson’s influence on Ward is part of the driving force behind that yearning for a bygone era that’s become such a prevalent part of the latter’s writing down the years. Again, More Rain contains a slew of references to the radio, something Ward’s been nodding to as far back as his 2005 LP, Transistor Radio. “I grew up north of Los Angeles, and we had every flavour of radio imaginable. I remember hearing a lot of The Beach Boys because that sound is so pervasive in southern California. I’ve been covering those songs for as long as I’ve been playing guitar, which is what made it such an incredible, surreal experience to work with Brian a couple of years ago. That was what inspired me to take on one of his songs from the perspective of trying to understand that mastery he has of arranging backing vocals.”

That same connection to his childhood explains why Ward has never chosen to record one of his own albums digitally. “I think I’m still attached to the sounds that I grew up with, and I don’t feel the need to cut that umbilical cord because it’s been feeding me since I was a kid. It’s hard to explain exactly what it is about that sound that I love, but I always start off by talking about what you can do with a four-track. The amount of experiments you can try out with analogue tape and gear is endless – you don’t have to switch to digital gear just to get a new sound, in my opinion.”

Ward is tight-lipped on what’s next after he finishes up touring in support of More Rain. He seldom hits the road too extensively on solo jaunts – “I love touring, but I need big, healthy breaks between trips to the airport” – and is likely to return to recording before too long, whether he’s working behind the desk on other people’s records or on the other side of it, on more of his own. As usual, More Rain features a clutch of collaborations, with Peter Buck and Neko Case making noteworthy contributions. “When I’m in the studio listening to mixes or demos, I’ll start hearing somebody else’s voice, or guitar, and then invite them in. Normally, I won’t play or email anything to them in advance - we just press record and rely on instinct, and that process is all over my last five or so albums. That’s why I’d rather have the luxury of extra time in the studio, or just writing - that’s what comes naturally to me.”