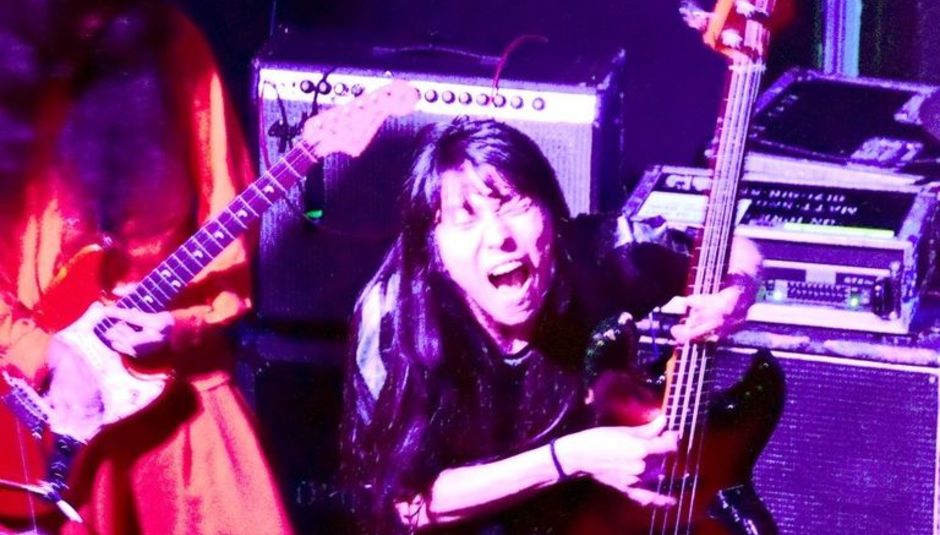 With a population of less than 10,000 people, Totnes could be classed as a typically symbolic rural English town. Tea shops, olde worlde pubs, and eccentric boutiques align the high street alongside numerous bookshops and our central hub for this weekend, Drift Records. Many major high street chains are conspicuous by their absence, no doubt as a result of the town's successful battle at preventing Costa opening a store here four years ago. Street entertainers play a mix of their own material and popular covers as tourists and local dwellers file past. Its narrow pavements and even narrower roads resembling something similar to York's famous Shambles area. This isn't like Mansfield or Derby or Nottingham or any of the towns and cities yours truly is used to frequenting. Which is all the more reason to fall in love with the place. 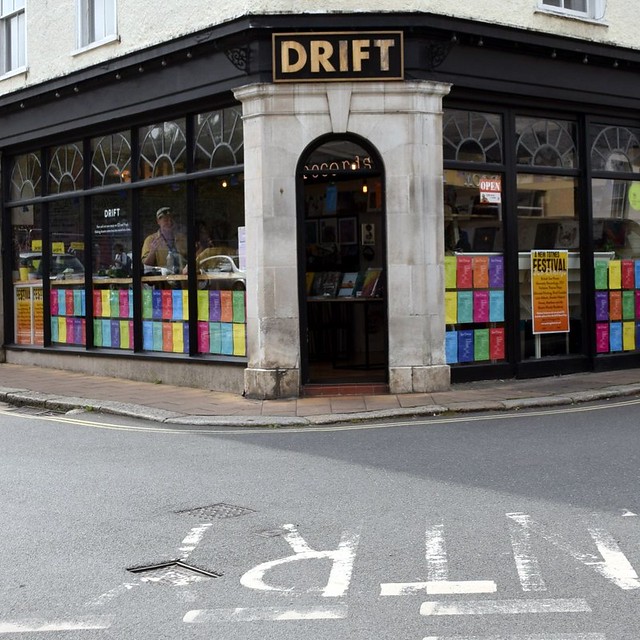 Situated on the River Dart in South Devon, approximately six miles from the coastal town of Paignton and even less from the village of Dartington, best known for being the home of crystal. It seems an unlikely setting for a music festival, yet even in such salubrious surroundings, it runs like clockwork without so much as a single time delay.

Essentially the brainchild of Rupert Morrison who runs Drift Records along with Lucy Fawcett and Matthew Broad, better known as alt-pop/folk duo Matthew And Me who'll grace the Civic Hall on Saturday evening, the three of them came up with the idea of launching a music and arts festival last August as a way of kickstarting a live scene in the town and as a result, Sea Change was born. Spread across five main venues - the Civic Hall, South Devon Arts Centre (SDAC), St Mary's Church, The Barrel House Ballroom, and Birdwood House - the organisers deliberately capped the event at just one thousand tickets. Primarily because there wasn't really enough capacity to expand, but also to retain an intimate feel unlike any other festival of a similar kind.

Having booked over seventy acts from the world of music, art, and literature to perform, demonstrate their wares, or host talks and debates, there really was something for everyone. 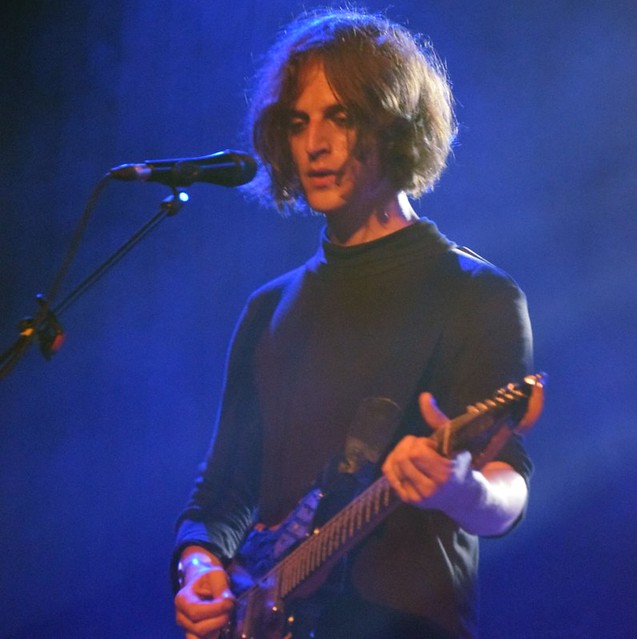 What's more, this being the gateway to the English Riviera meant glorious sunshine bathed the entire weekend, which was a far cry from the muddy excesses of Glastonbury or Download earlier this summer. It's also the August Bank Holiday which means there's already far more people than one would normally expect to see in the town. However, what that adds is an air of vibrancy and expectation even at what's about to and eventually does take place. It's also quite fitting that the event's main headliners are British Sea Power, longstanding champions of the weird and wonderful. A band whose tour schedule has always included many of the UK's most eccentric, far-reaching vantage points rather than the homogenous venue circuit. On Saturday evening they'll play a career-spanning show to a packed Civic Hall that breaks the curfew time yet leaves everyone with wide-eyed grins and rapturous smiles.

Thirty-six hours earlier, Mayor of Totnes Jacqui Hodgson opens the inaugural Sea Change festival by cutting a ribbon and promptly departing, leaving its hosts and organisers to express their delight at unveiling such an event. Meanwhile, perennial punks The Membranes and mercurial frontman John Robb provide the first musical excitement of the day, turning the clock back three decades or more with a set that pits the band's older material alongside tracks garnered from last year's excellent Dark Matter/Dark Energy.

Being the main curators of the first day, the Heavenly Records team have taken over both the Civic Hall and Barrel House Ballroom which means excellent and occasionally rowdy sets from Spanish punks The Parrots and London psych outfit Toy find themselves interspersed with choice cuts from the Heavenly Jukebox impeccable back catalogue. Indeed, Sea Change feels like something of a family affair where everyone knows everyone and if they don't, chances are they will by midnight. 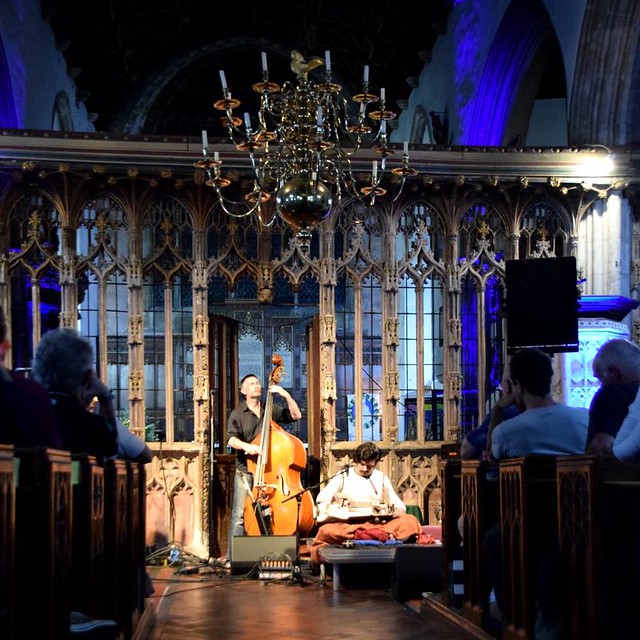 Across town in the ornately beautiful St Mary's Church, Ultimate Painting play a set that's both seeped in melancholia yet uplifting in delivery, mirroring the nature of the band's recorded output. The convivial eclecticism of James Yorkston, Jon Thorne, and Suhail Yusuf Khan's experimental fusion of folk, jazz, and traditional Indian classical music is another of Friday's highlights, providing a soothing respite to the loud guitars and pulsating electronica elsewhere.

Nevertheless, with midnight fast approaching, its left to the inimitable Ryan Lee West aka Rival Consoles to administer a masterclass in visual and sonic excess that leaves those of us in attendance throwing shapes we never knew existed until the early hours. Bliss.

The next day, DiS awakes nursing a particularly painful hangover; it was my birthday the previous day after all, which is the excuse I'm sticking to. Still, with a mouthwatering schedule ahead, we're treated early doors to a frank discussion with journalist, DJ, and author John Doran whose 'Jolly Lad' is a must read, while Brighton supergroup of sorts Pure Conjecture provide the day's first musical pleasure of note. 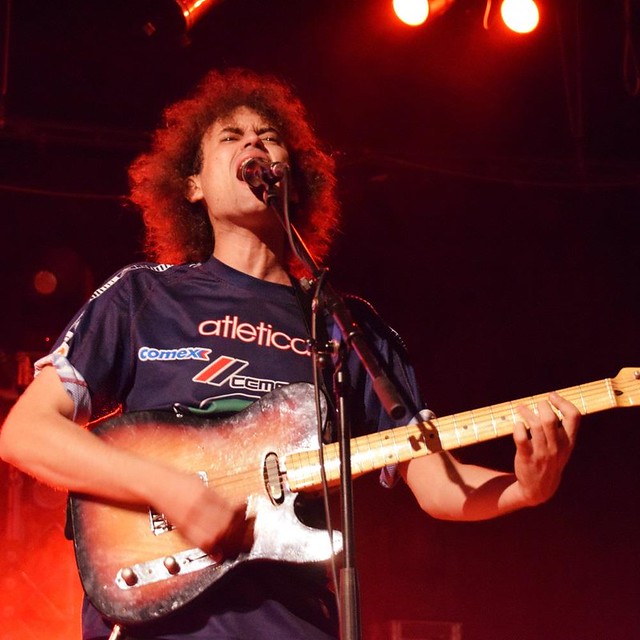 Electronic supergroup - supergroups are everywhere in Totnes it seems - Szun Waves also deliver a set that's both refreshing and soothing, especially when nursing the king of all hangovers.

Meanwhile over in the SDAC building, experimental post-rock/post-psych/post-noise/post-everything foursome Teeth Of The Sea are kicking up an almighty racket that sees the day's first bout of limb flailing otherwise known as dancing ensue. Suitably impressed, we speak to the band after and discover a couple of them actually originate from this part of the country. Small world I guess...

Newcastle-based folk icon Richard Dawson also commands a sizeable audience for his one-man emotional barrage that covers desolation, despair, and elation, sometimes in the same piece. Over in the Barrel House, The Wave Pictures celebration of all things carnal from a Loughborough perspective also goes down a treat which sets things up nicely for headliners British Sea Power round the corner.

Anyone not familiar with a BSP show - and it's unlikely there are many here - won't be surprised to hear the standard stage décor of foliage is in place. As are the two guys dressed as giant polar bears who emerge midset like war heroes returning from a ceasefire halfway across the world. New songs are aired alongside more familiar cuts from the band's extensive back catalogue, with an elongated 'Lately' proving an undisputed highlight. 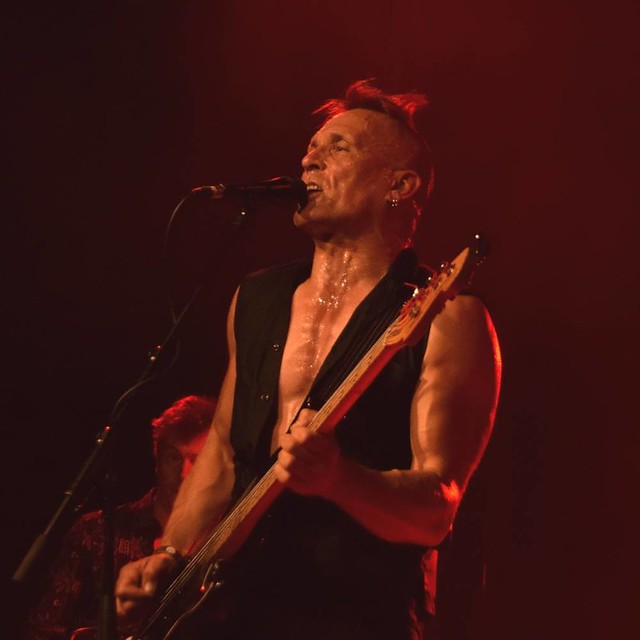 Sadly, British Sea Power's set overrunning causes us to miss Bo Ningen in the SDAC (unlike our avid photographer) and instead, we arrive at the venue simultaneously with Modern Ovens whose line-up also features members of the aforementioned BSP. Playing a set of Jonathan Richman covers (Modern Lovers/Modern Ovens - get it? Right...) they deliver the perfect nightcap and end to a fantastic weekend that must surely become a regular fixture on the festival calendar.

So long Sea Change, you've been a blast!

“Music helps balance out the madness ...