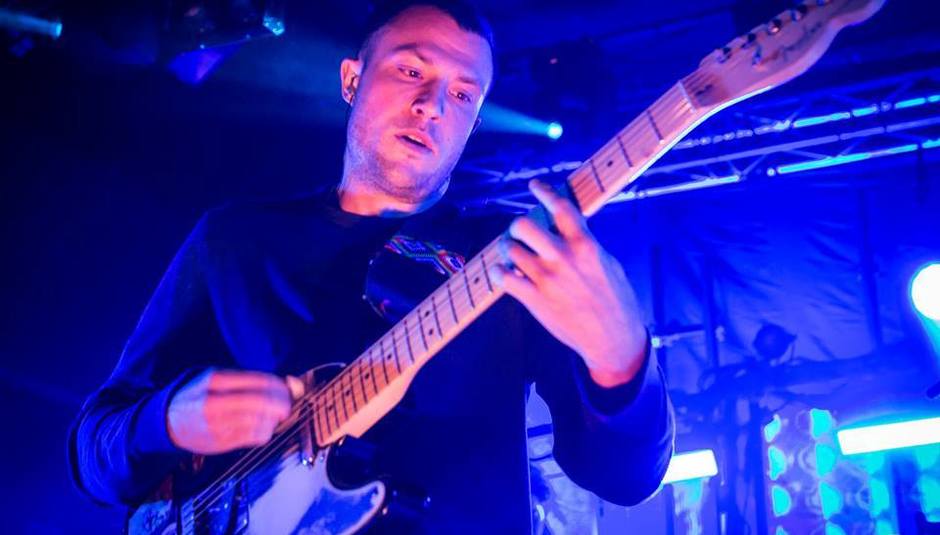 The Maccabees: From Latchmere to the brink of Arenas

The Maccabees: From Latchmere to the brink of Arenas

While the prophets of doom continue to tell us there are no British bands worthy of making the step up to bonafide festival headline status, the impending rise of both Foals and The Maccabees this past year would suggest otherwise. Whereas the former's fourth effort What Went Down signalled their most disparate attempt yet at genre cross-pollination and universal acclaim, the latter went about their business in a more introspective, and dare I say it, mature manner. 2012's Given To The Wild already stated their intentions, it's richer, occasionally cinematic and ultimately diverse sound already a million miles away from that harnessed in those early 45s just six years earlier. So it didn't come as too much of a surprise when Marks To Prove It arrived in March of this year. Defiant in part and stoic in others. Having celebrated their tenth year in existence during the making of the album, it represented the kind of monumental jump a band like The National made from Sad Songs For Dirty Lovers to Alligator, albeit in a different context. No longer concerned with market driven industry politics or intent on rushing a new record out for the sake of it. Marks To Prove It's two-year long gestation period proved a worthwhile exercise in patience and fulfilment, culminating in arguably the band's most accomplished body of work to date. And one that should ensure their elevation into that supposedly unattainable Premier League is assured.

June's triumphant slot on Glastonbury's Other Stage, aided and abetted by fellow early noughties graduate Jamie T set the template and while one of those early singles 'Latchmere' made a comeback at that and several other festival appearances, it was the newer, expansive material that undoubtedly stole the show. With the album hitting the number one slot a month later and their subsequent tour of 2000-2500 capacity venues selling out almost immediately, it's no surprise all talk of their next venture almost certainly involving arenas is high on the agenda.

Of course none of this would matter if they can't cut it live. But as anyone who's seen The Maccabees can wholeheartedly vouch for, they're possibly more comfortable on stage than in a studio. Indeed, it's remarkable to think that just eight years ago they played their first headline show in the city at the now defunct Junktion 7 alongside local anthemic shoegazers Mint Ive. Nevertheless, even then, it was clear this was a band destined for bigger stages. Remarkably, two of the songs aired that evening also make an appearance in tonight's hour-and-a-half long, nineteen song set. Indeed, prior to introducing 'Precious Time', frontman Orlando Weeks makes reference to that show. One thing that hasn't changed is The Maccabees ability to pull a crowd, and as with that show from way back when, the venue is packed to the rafters, albeit on a much larger scale. Along with fellow blast from the past 'First Love', it provides a timely reminder of why debut Colour It In was a breath of fresh air on its release in 2007. However, it's their most recent compositions that stand out this evening, not least in the way they're confidently despatched alongside the more familiar selections.

Opting to play eight of Marks To Prove It's eleven songs suggests they're not only comfortable with how the record turned out, but also a sense of belief that these are the best they've ever written. As the title track opens the set, a statement of intent to all intents and purposes and one that greets their arrival in style, it's interesting to note the crowd's response to the Marks... material, particularly when compared against the rest of the set. 'Kamakura' and 'Something Like Happiness' find themselves sung back almost word for word, while 'Spit It Out' is almost certainly destined to be their 'Bloodbuzz Ohio' moment. Grandiose in scale and majestic in execution. It bares all the hallmarks of being one of next summer's biggest festival anthems, monumentally announcing their arrival.

That's not to say the likes of 'Feel To Follow', 'Can You Give It' and 'Pelican' don't shine in the presence of such hallowed company. They do, to the point where Weeks and fellow guitar slingers Felix and Hugo White beam like Cheshire cats throughout the latter's incessant finale. That's not to say the rhythm section aren't equally as ecstatic too, except we can't see their faces from our increasingly limited vantage point. Such is the fervour surrounding The Maccabees it would be difficult to see them go in any other direction other than upwards from this point. Their ever ascending rise is a genuine cause for celebration and one that shouldn't be taken lightly. If you're fortunate enough to see them in a venue this size any time soon make sure you do, because aircraft hangar sized arenas and their ilk surely beckon.