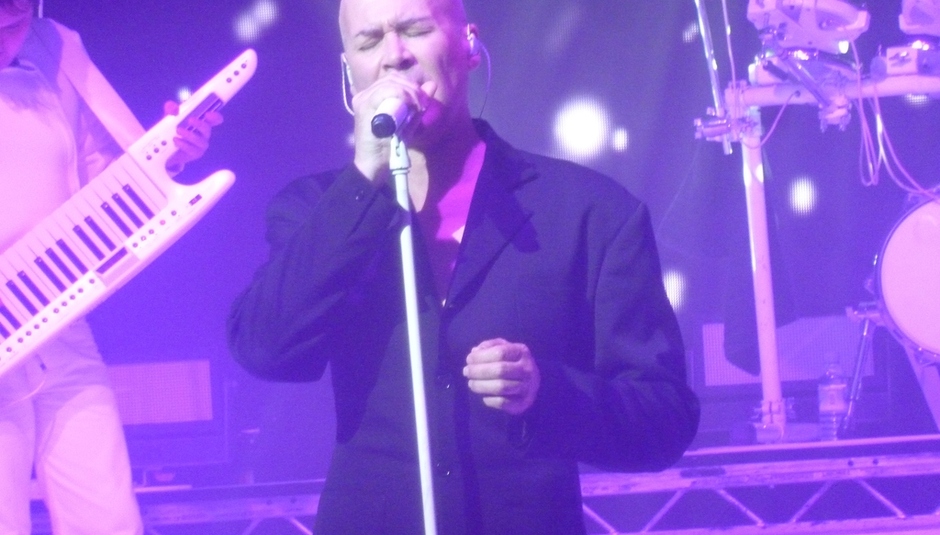 Face facts, pop music was better in the 1980s. For every 'Shaddap You Face' or 'Birdie Song' there'd be a 'Since Yesterday' or 'It's My Life' waiting in the wings. The Top 40 countdown on Sunday evening became a genuinely exciting phenomenon. Something to look forward to every weekend, and with good reason. Bands like The Jam, Altered Images, Adam & The Ants, The Smiths, Aztec Camera, The Housemartins, The Cure and The The were regular names throughout the decade. U2 were at their creative peak, and even the teen girl crush bands of the day like Duran Duran and Spandau Ballet made timeless pop into an art form. And that's before we get onto the electronic renaissance of the day. An era where Soft Cell could notch a continuous stream of top ten hits with bedroom recordings (the term "lo-fi" hadn't been discovered then) that probably gave birth to the Pet Shop Boys in the second half of the decade. Where Depeche Mode would become perennial residents in the charts with their leftfield pop while dance pioneers Mark Moore (S'Express) and Tim Simenon (Bomb The Bass) opened the doors for theirs and successive generations to embrace rave culture. In the midst of it all were The Human League, an outfit from Sheffield who'd progressed through the new wave and post-punk scenes. Despite having released two albums without so much as a whimper and survived a mutiny that split the band in half shortly after, they regrouped and went on to create Dare, arguably the definitive pop record of its time.

Tonight's opening act Ronika clearly yearns for a return to those halcyon days if her early evening set is anything to go by. Flanked by a three-piece band she later introduces as "hot tap", "cold tap" and "smooth basin", her repertoire harks back to what must now be considered pop's golden age. Resplendent in an outfit not that dissimilar to the one Toni Basil wore in the video for 'Mickey', her one and only UK hit single. Ronika fuses elements of Madonna's earliest (and some would say finest) compositions with nods to synthpop's aforementioned golden age. Taking inspiration from her native Nottingham - her recent debut album was entitled Selectadisc in tribute to the now departed record store pivotal to the city's scene until closing its doors for the last time in March 2009. Early single 'Forget Yourself' with its clarion call "Wake up! Wake up!" does just that to the seated audience, while more recent gems from her album 'Automatic', 'Shell Shocked' and closer 'Search Siren' ooze with a panache and zest that makes standing still (or in this case, sitting) an impossible task. By the end, those that made the effort to take their places early doors are left in no doubt the future of pop is in safe hands. And more importantly, residing in their own backyard.

It doesn't take long for the audience to rise out of the seats as one when the headliners take to the stage either. Precisely fifteen seconds of 'Mirror Man''s opening bars as a matter of fact. Although vocalist Phil Oakey remains the only original member, backing singers Joanne Catherall and Susan Sulley also hark back to the Dare era while keyboard player Neil Sutton has been both a peripheral and integral part of the band for nigh on twenty years. Bearing that in mind, it's no surprise the seven-piece (off stage technical wizard David Beevers is also introduced as a member during the familiarities that precede set closer 'Don't You Want Me') sound as tight and refined as at any time during their thirty-seven year career. Two of Dare's most charismatic moments receive an airing next. Breakthrough single 'Sound Of The Crowd', their first top forty hit that provided a launchpad for the album six months later still sounding as fresh and exciting as it did back then. While 'The Things That Dreams Are Made Of', Dare's opener and incredibly never released as a single might borrow its hookline from Abba's 'Gimme Gimme Gimme (A Man After Midnight)' and reference The Ramones, Norman Wisdom and Red Square yet still sounds relevant today.

1990's underrated 'Heart Like A Wheel' finds itself trapped in between 'Night People' and 'Egomaniac', cast akimbo in its melodramatic state while the aforementioned duo off 2011's Credo, their most recent long player offer a hedonistic return to the dancefloor. The minimalistic 'Seconds', possibly the only song depicting the assassination of John F Kennedy to appear on a double platinum selling LP gives away to a trio of singles from fourth album Hysteria. While downbeat ballad 'Life On Your Own' stands the test of time with its dour synths and sincere melancholia ("We'll always be worlds apart"), the two songs bookending it - namely 'The Lebanon' and 'Louise' - sound dated by comparison.

Things pick up dramatically for the closing salvo that links Dare's most insatiable big hitters ('Hard Times','Love Action', 'Open Your Heart', 'Don't You Want Me') with 1983's stand alone 45 '(Keep Feeling) Fascination') and 1994's top ten smash 'Tell Me When'. The band's beginnings are touched upon briefly during the encore, delivering an impassioned version of 'The Path Of Least Resistance' off debut LP Reproduction in all its miserablist glory. For the finale, Oakey introduces 'Together In Electric Dreams' as "a Giorgio Moroder number", it's sentiment of togetherness heartfelt in the song's climactic delivery.

While hardcore fans might bemoan the omission of key material from the band's pioneering early years. 'Being Boiled' and 'Empire State Human' being two pivotal compositions that spring to mind, there can be few complaints for a show that simply oozes charisma, style and a setlist containing a selection of pop's greatest artefacts.

On an evening where pop's past meets its intrepid future, The Human League prove they're still masters of their craft. 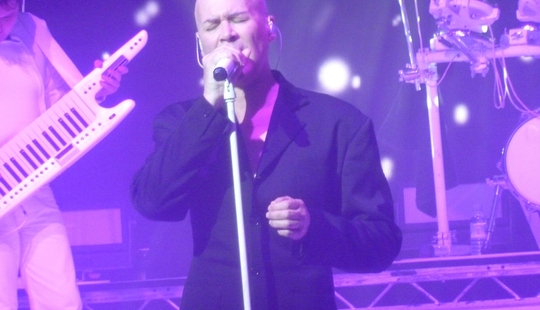 DiS Does the Christmas Number 1 conte...