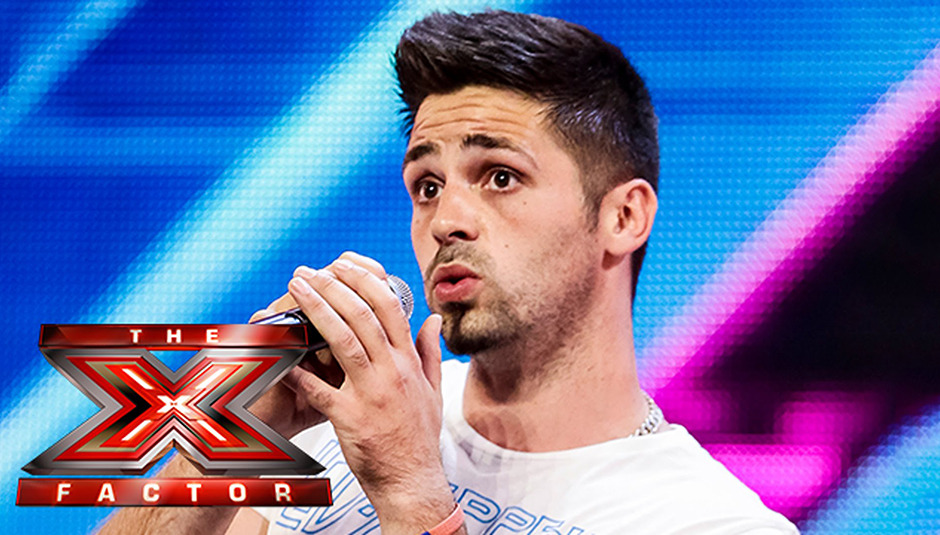 Ho ho hello, and welcome to a very festive edition of DiS Does Singles. ‘Tis the season for abominable knitwear choices, alcohol-fuelled regret and truly abysmal music. In other words, the most wonderful time of the year.

To celebrate we’ve reviewed the contenders for Christmas Number 1. Are any of them better than Christopher Lee’s version of ‘Little Drummer Boy’? Obviously not. Should you read on anyway? Absolutely.

Something I Need (Syco Music)

If it weren't for the pesky efforts of Rage Against The Machine (2011) and The Justice Collective (2012), then X Factor winners would have held the Christmas Number 1 spot for the past decade. That means former van driver Ben Haenow should still top the charts before Santa's grand arrival.

His overwrought cover of One Republic's 'Something I Need' is... fine. More tolerable than Alexandra Burke's 'Hallelujah' and containing significantly less Matt Cardle than 'When We Collide', it'll pass you by on its way to being a pub quiz question. Meanwhile, Fleur East can rejoice in her runner-up status and look to emulate the success of fellow losers One Direction, Olly Murs and Ella Henderson.

Four years ago Mark Ronson appeared on the cover of NME with frowny face and broken trumpet in hand. “Anyone who says all I can do is covers of songs with horns - well here I am singing a song I wrote without horns,” he declared of his new album Record Collection. Alas, that LP bombed so ‘Uptown Funk’ comes features more brass fanfare than a royal tour of the Commonwealth. And Bruno Mars. And we still can’t stop listening to it. Because who said pop music had to make any sense?

Do They Know It’s Christmas?

Number Of The Beast (Parlophone Records)

Wailing on the X Factor these days is a bit like punching a death row inmate in the balls. Satisfying at the time, but completely futile. Especially since this weekend's final received the show's worst ratings for 10 years.

Anyway, if you really don’t like Simon Cowell’s talent factory and can’t think of any other songs to buy this December, then Iron Maiden’s ‘Number Of The Beast’ is in running for Christmas Number 1. So far 35,000 morons have already ‘liked’ its accompanying Facebook campaign page.

All Together Now (Demon Music)

An all-star charity single that’s blessed with the presence of Suggs, Clean Bandit, Engelbert Humperdinck, Alexandra Burke and some other people you really don’t care about. But it’s for the British Red Cross and The Shorncliff Trust, so maybe donate anyway?

If you agree that Ariana Grande’s My Everything is the most underrated pop album of 2014, then don’t be sending anyone ‘Santa Tell Me’ to prove your point. A cheery neo-soul cut in the same vein of ‘Problem’, minus the Iggy Azalea guest verse and a chorus of any genuine note, it tumbles along for a forgettable three and a half minutes. The former Nickelodeon star’s first single without a featured artist this year is easily her weakest.

Los Campesinos!'s recent festive EP is an unexpected treat, like finding a sixpence in the Christmas pudding. Combining the sextet's past yuletide efforts together with a few new songs, it’s a bittersweet mix of swooning indie-pop and barbed self-depreciation. "I wished away the last year, it was the worst of times, audition for ass end of horse in village pantomime," sings Gareth Paisey on lead single ‘When Christmas Comes’. Sounds like someone's in need of an eggnog or three.

Anyone who’s sat through a midnight mass on the 25th of December will know three immutable things to be true:

1) ‘We Three Kings’ really is the worst. 2) No ever gets the falsetto right on ‘Silent Night’. 3) You do not fuck about with ‘In The Bleak Midwinter’.

The king of Christmas carols, i.e. the only one that could have been written by The Go-Betweens, is spectral, austere and generally one of the best ever things to be associated with Jesus. So credit to Maps and Polly Scattergood for embellishing the track for the better with a resplendent mix of soft coos and glittering electronica. We were immediately smitten on our first listen.

DiS Does Singles will return in the new year. Thanks ever so for tuning in this 2014.